Sacrifice: The First Book of The Fey Reissued!

Sacrifice: The First Book of The Fey Reissued! 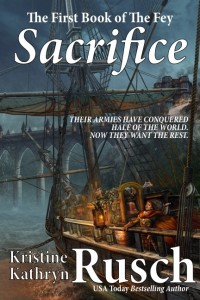 Fans have been asking me for years when my big fantasy series The Fey would get reissued.  WMG has started the process now, with wonderful covers by Dirk Berger.  Sacrifice, the first book, has just appeared this month.  The next six books (including the two in the Black Throne series) will appear every other month or so.  The first book in the Place of Power series–a continuation of the Fey–will appear in late 2012 or early 2013.  There will also be a Fey compendium around that time.

Right now, Sacrifice is only available as an e-book or an audio book, but the trade paper edition will come out in June. Watch this space for an announcement on that.  You can order the e-book on Kindle, Barnes & Noble, Smashwords or in other e-bookstores.  Or you can get the book in unabridged audio at Audible.com.

11 responses to “Sacrifice: The First Book of The Fey Reissued!”