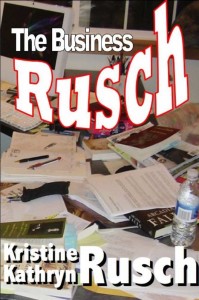 These days, I don’t often teach beginning writers. Dean Wesley Smith and I teach professionals who are in a transition point in their careers. Usually, those professionals don’t need basics. Usually, they need work on business skills.

But this past weekend, in Whitehorse up in Canada’s Yukon, I taught a roomful of writers, some of whom hadn’t really committed to their writing career yet. I knew that going in.

Faced with the reality, however, I found myself in a bit of a quandary.

For two decades now, Dean and I have taught a two-day long course others have called “The Kris and Dean Show.” All morning, afternoon, and evening, we talk about writing—craft, career, business—for beginning writers.  We haven’t done one of those in about two years because we’d been focusing on the professionals.

The course I was teaching in Whitehorse was supposed to be a truncated version of that course.  Only a few sessions instead of all day for two days.  Six months ago, the organizers asked me for an outline, and I gave them one, which they put into their program.

I made the outline deliberately vague, because I knew things would change in those six months. I just hadn’t realized how much they would change.

The early part of the session went well. I talked about craft, about writing, about the things that make writing readable, about ways to get to the keyboard—mostly the kind of wheel that we all reinvent as beginners if someone doesn’t point the way.

After that, though, I looked at the topics and realized I had to explain a few things.

Then, I pretty much tossed out the topics I suggested six months ago and started fresh. I talked about ways to break into traditional publishing in 2011, told everyone to wait to hire an agent for at least two years while the agenting business settled out (and I explained why), then I talked about indie publishing, and the future of e-books. I also talked about the various paths writers could take.

I have no idea if the last part of the presentation worked or not. I felt like it was a bit of a muddle, because as I talked, I realized that the certainties I used to teach were gone. We have moved from a time when writers had one path to follow to publication to a time when writers have, quite literally, dozens of different paths—all equally valid.

The question then becomes how to chose which path. And that gets hard. Because it’s not the same path for each writer. Writers have to figure out who they are and what they want from their careers. That is such an easy sentence to write and such a hard thing to do.

So how do writers choose?

They have to have a deep education into the art and business of publishing. You can’t make a choice without proper information. And until recently, the details of the publishing business were known only to a few people.

In this blog over the past few years, I’ve been detailing the changes as they’ve occurred. I’ve been trying to impart my knowledge as a former (and current) publisher, an award-winning book-and-magazine editor, and a bestselling writer to all you folks as the changes occurred so that you would have the information you need for the choices that you have to make.

I guess what I hadn’t realized until this past weekend is just how profound those changes are.  As I tried to find a simple way to discuss the publishing industry, I realized that there is no simple way any more.

We are only limited by our imaginations.

And that’s what I realized this weekend. If you run into a writer at a writer’s conference who tells you there’s only one way to break in, either that writer isn’t paying attention to the changes or that writer simply does not see past her own nose. My way is not necessarily your way.

The only thing we all need is to know how the various paths work and which one is the best for us. The really cool thing about all thing changes is this: If we start down the wrong path, we don’t have to stick to that path. The moment we realize the path won’t work for us, we can move to a different path.

And I find that inspiring.

I’m leaving this post deliberately short. Right now, I’m in Eugene, Oregon, on yet another surprise trip for the estate. If you had told me this morning that I would be here, I would have laughed. But here I am.

One thing Dean and I have taught for years is that life happens. Sometimes you set the writing aside because of important life issues, and sometimes you do the best you can at the moment—which is what this particular post is. Because I don’t have any of my materials for the blog. I have a dicey internet connection, and I have other priorities this evening.

But I didn’t want y’all to think I forgot you. Thursday is my deadline, and I’m still enough of a journalist to turn in something. As Tina Fey said in Bossy Pants, the show doesn’t go on when it’s finished; it goes on because it’s 11:30.

So next week, I hope to have a longer blog with a lot more analysis. This week, you get my realization from the weekend: it’s a free-for-all out here right now.

I know that might scare some of you, but as far as I’m concerned, that’s cool. So I thought I’d share.