In the beginning of a Kickstarter project, Kickstarter.com counts down the time left in days. The number seems large–30 days, 28 days. But starting sometime today, Kickstarter started counting down our project in hours. 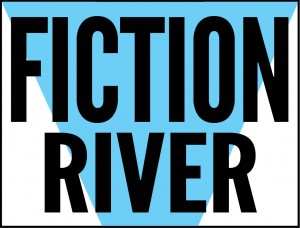 First, let me tell those of you who have had a long and lovely August vacation about Fiction River. Dean and I are doing an anthology series again, just like we did at Pulphouse Publishing. Fiction River will appear six times per year. The difference is that while Dean and I are the overall series editors, many well-known editors will take the helm of individual volumes. Dean and I will oversee each story and make sure it fits our high standards. We will also edit some of the volumes, including the first one.

I’ll be doing Fiction River Special #1, a large mystery anthology, later next year. That too is part of the Kickstarter project. And there are a few special shorts, particularly for Retrieval Artist fans.

I learned at the start of this month that many of you don’t even know what Kickstarter is. It is a crowd-sourcing platform that allows you folks to support a project that you believe to be worthwhile. Kickstarter has all kinds of categories, from publishing to dance to comic books and more. I urge you to check out some of the other projects that folks are doing.

The neat thing about Kickstarter is this: if there’s no interest in the project, then the project won’t get funded. Why is that neat? Then you’re not committed to doing the project that doesn’t have any outside interest. If that project doesn’t met its set goal, then those who pledged won’t lose any money. And there’s nothing to stop the person who does the project from coming back with a different, better, and more thoughtful pitch in the future.

We were fortunate. We hit our initial goal of $6,000 within the first few days of Fiction River’s announcement. We’ve now hit our stretch goal of $12,000. What that means is this: Our first two issues are completely funded with some money going to the third issue and the special. Thank you to everyone for the support.

If you haven’t seen this project yet, you can check it out (and our really silly video) at this link. You can also click on the Fiction River logo on the sidebar.

And let me post the latest update that Dean and I did right here:

We wanted to say thank you to all the backers who have got us this far. Thank you.

All backers will be getting a special e-mail from us after this is all over to set up making sure your rewards for your kind pledges get to you.

For example, just today we received the first Advanced Reading Copies from the new Retrieval Artist novel called Blowback in the mail and they are wonderful. (The book will be out in December, but these are advanced reading copies we got today.) We will be ordering the ten special Kickstarter editions of the Advanced Reading Copies of Blowback for those who want it. It’s under the $80 pledge level. Kris will number and sign them. (She could also sign them to someone if you like.) They will be very rare. Only ten available. Period.

Also, at the high pledge level is a chance to direct one entire issue of Fiction River by deciding the theme of the book that the authors will write to. And you will be on the title page of the issue as well, as well as in the thanks section. It’s at the $500 level, but when else will you get a chance to have one of your ideas turned into fifteen or more short stories from professional writers and put into a book for thousands to read? Great fun.

Where We Are In Funding

By reaching our stretch goal, we now have enough to completely pay for the first two issues of Fiction River, plus part of a third issue and part of the Fiction River Special Edition #1. We hope to get a little more to get a full three issues covered. That will give Fiction River a fantastic start at becoming a regular magazine/anthology series for years and years to come.

Thanks everyone for your support. Now is the time to pass the word to friends who might be interested in getting some fantastic original fiction in the coming year.