I finished writing a particularly troublesome novel in September. That novel only let me read very dark fiction, nonfiction, or YA novels. (Yes, what I write often dictates what I read.) So I was limited on the first half of the month. As for the second half, I started a lot of books I thought I’d love and didn’t finish them.

I also read several books in favorite series. They were all unremarkable, and one just has me questioning the premise of that particular series. (How many times can one guy stumble into a bad situation with worldwide implications?) I shouldn’t be questioning. That’s usually a sign that the series is getting repetitive.

I read the second book in what will be a series. I loved the first book so much that the second book disappointed me. I debated recommending it anyway, but most of what I have—despite the great characters, lovely writing, and fantastic setting—are complaints about that second book. So I’m not going to recommend after all.

I also read a 600-page anthology in which I found nothing to recommend. What kept me reading? Some of the stories were okay. I kept hoping to find a gem. But nada. I was rather surprised since it was one of the big anthologies of the year with lots of big names. [sigh]

I’m hoping October will be better.

Below, you’ll find are spectacular reads that got me through all the other stuff.

Brenner, Marie, “Marie Colvin’s Private War,” Vanity Fair, August, 2012. Fascinating piece on the journalist who got killed in Syria earlier in the year. Marie Colvin was an old-fashioned war reporter, who ran toward danger to report it rather than huddling behind the safe lines. It cost her a lot of joy before it cost her life—she suffered from PTSD, and drank her way out of it—but she reported wars for almost thirty years. In fact, she was at more war zones than most soldiers ever ever are. She was an amazing woman and worth reading about.

Burfoot, Amby, “Strange But True!” Runners World, August, 2012. I know, I know, the Olympics are so last summer, but this article about truly weird moments in past Olympics is still worth a look. Some events are headshaking, some are truly bizarre, and all are worth looking at.

Hand, Elizabeth, “Pavane for a Prince of the Air,” Saffron and Brimstone: Strange Stories, M Press, 2006.  This past year, my life has been filled with a lot of death. People getting ill and dying, or coming close. It’s been hard. So you’d think a story like this one, about a dear friend’s last few days, would be impossible to read. Instead, I found it lovely and heartwarming and just what I needed. Hand brought her slipstream magical sensibilities to the loss of someone dear and that gave the story great emotional power. Healing and wise, this story is worth the price of the collection.

Hand, Elizabeth, “The Saffron Gatherers,” Saffron and Brimstone: Strange Stories, M Press, 2006.  The last part of Saffron and Brimstone is a collection in and of itself—an homage to a friend and a series of 9/11 stories. All are good, but “The Saffron Gathereres” is spectacular. Liz manages to catch that feeling of having a somewhat normal day and then having it turn upside down by a cataclysmic event. The writing here is stunning, the characters real, the event itself wonderfully done. Yes, I said “Pavane for a Prince of the Air” is worth the price of the collection, and so is this story. Spectacular. 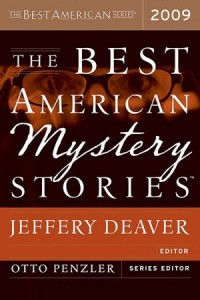 Hand, Elizabeth, Saffron and Brimstone: Strange Stories, M Press, 2006.  I liked every story in this collection, and loved three of them. One of the stories I’d loved, “The Least Trumps,” I had read when it came out in 2002, and still remember it as if I had read it yesterday.

It took me longer than it should have to read the collection for one reason. The cover is stunningly ugly. So much so that I turn the book over rather than look at the cover image. I know it’s supposed to be arty, I know it fits one of the stories, but wow, that image would never sell the book to me if I did not know the writer. And ironically, I bought this collection twice. The first copy of the book got savaged when one of my cats spilled water all over it, making it completely unreadable. I had to get a second copy to read, which I did, with the cover turned downward.

The content is spectacular. If there’s an e-book (I didn’t check), get that. Otherwise, turn the cover over and read Liz’s wonderful, wonderful stories. You’ll be happy you did.

Hitt, Jack, “Words on Trial,” The New Yorker, July 23, 2012. Fascinating article about forensic linguistics—in other words, linguists using what someone writes/says to identify them as criminals in a trial situation. Or to find them, track them down, make them suspects.  Most of us are familiar with how this worked in the Unabomber case, but it has become more complex and fraught than that.  Fascinating stuff.

Kantner, Rob, “Down Home Blues,” The Best American Mystery Stories 2009, edited by Jeffrey Deaver, Houghton Mifflin Harcourt, 2009.  I first started reading this anthology when it came out, then stopped when one story in the middle put me off. I finished the anthology the other night, and found this wonderful story by Kantner. 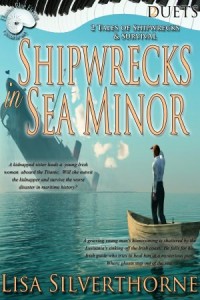 Ben, a Detroit private detective, has returned to Georgia to attend a family funeral. While there, he offers to help a cousin with some repairs in her rental cabin in the Blue Ridge Mountains. Of course, he sees something that’s a bit off, and that gets him investigating. The story is hard-boiled, a bit dark, and very powerful.  Kantner, a regular in the digest mystery magazines, obviously couldn’t place this one (probably because of the darkness), and published it on his blog. I hope the story got a lot of readers there and in this volume. Enjoy!

McPhee, John, “The Writing Life: Editors and Publisher,” The New Yorker,  July 2, 2012. Fascinating article about McPhee’s relationship with his two main New Yorker editors, as well as his publisher at FSG. A lot of what McPhee did is not possible in traditional publishing any long. Nor is what happened with many of his books, which stayed in print for years despite poor sales. (He recounts one that received a $1500 advance that took 7 years to earn out—which should tell you how awful the sales were. No one would keep that book in print now.) Fascinating look at lives and personalities and the business as it used to be.

Silverthorne, Lisa, “A Dark Blue Gloaming,” Shipwrecks in Sea Minor, Elusive Blue Fiction, 2012. A wonderful historical mystery that I first read in a workshop, “A Dark Blue Gloaming” is a story that I’ve remembered for years.  Powerful and touching, on a side topic of all that Titanic lore that not too many people have written about. Wonderful. 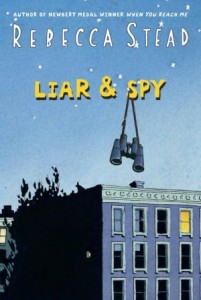 Stead, Rebecca, Liar and Spy, Wendy Lamb Books, Kindle Edition, 2012. Georges’s life is in turmoil. His father loses his job, his mother works double shifts, and they still lose their house—the only home Georges has ever known. The family moves into an apartment complex in New York, and as they do, Georges meets a strange little boy with a name weirder than his own. Safer—that’s the kid’s name—believes Mr. X, who lives upstairs, is up to no good. He wants Georges’s help proving it.

The story is at turns funny and heartbreaking. It’s a tale of denial and imagination, and the way we all cope with the things that terrify us. A fantastic book for all ages.