Again, I did a lot of Fiction River reading this month, which took up some of my fiction reading. So you’ll see my recommendations in the upcoming issues. It’s so fun to be editing again—and it’s fun to be doing it part time.

I got stuck in two novels in the middle of the month. One was from a favorite author whose work I adore. I wrote about this in one of my business blogs, especially because I just preordered her next.

The other was from an author whose work I’ve been reading half-heartedly. I realized I could barely make it through a chapter, and because I’d been editing, I got a vision of what she had been doing in her books. She had a formula: big battle scene, relationship stuff (often stupid), some exploration of the world, big battle scene, relationship stuff, exploration… After that, I couldn’t take it any more. I thumbed ahead, confirmed that yes, she was writing to formula, and I quit. For good. Not going back.

Of course, if the book is supposed to have a formula, like certain kinds of romance, it’s fun to see if the author does anything new and different with that formula. Some writers do. Others can’t stretch inside the confines.

Here are the works that aren’t part of Fiction River that kept me enthralled in the month of March.

Asquith, Claire, Shadowplay: The Hidden Beliefs and Coded Politics of William Shakespeare, Public Affairs, 2005.  I’ll be honest. I haven’t read all of this book. But I read a great deal more than I should have read while I was researching a short story. In fact, I read about 100 pages more than I should have read. I will finish this, slowly, and as I need to. But I wanted to recommend it now, while it’s fresh in my mind.

Shadowplay is historical literary criticism. Yeah, sounds dull, I know. It’s a book about Shakespeare’s plays in their historical time period. The book has all of the flaws of literary criticism. It stretches and misuses Shakespeare’s texts to make a point. But it also illuminates those same texts by putting them in their historical context, a context I didn’t entirely understand until I read Shadowplay. That makes it worthwhile all by itself. The fact that the book is not only readable, but compelling, is worthwhile as well. 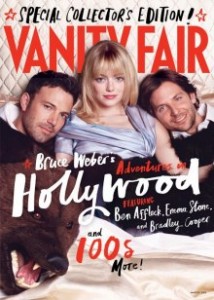 Bailey, Blake, “Weekend in The Sun,” Vanity Fair, March, 2013.  Fascinating article on the history of the book behind the movie Lost Weekend. I had seen the movie, heard of it, knew tons about it except that it had been inspired by a bestselling book, based on an actual writer’s life. That life, detailed in part here, included alcoholism, but it also included some truly bad business decisions, enabled by agents. Yes, even in 1944, agents were causing problems for writers.

Charles Jackson, the author of the book, knew that Billy Wilder and Alfred Hitchcock both were interested in the book. Wilder went so far as to say in print that he wanted to buy the book and make it into his next movie. Wilder’s writing partner, Charles Brackett, told Jackson “to shoot for the moon” because he knew Jackson would get it.

Jackson’s agent didn’t even try to auction this hot property. Instead, he told Jackson of a take-it-or-leave-it deal with Paramount and told Jackson he only had two hours to make the decision or the deal would vanish. Jackson tried to contact Brackett in those two hours, and couldn’t reach him. So, Jackson took the deal. $35,000 outright purchase of all rights. $35,000 was the equivalent of about $450,000 today, still not enough to sell such a hot property outright. The movie went on to become an instant classic, and win seven Academy Awards. The movie credits even got Jackson’s name wrong.

Same old, same old. Such things happen to non-business oriented writers even now. He could have parlayed all of this into something, even with the flat-out purchase, but of course he didn’t.  So read this one as a cautionary tale, because that’s what it is.

Guralnick, Peter, Lost Highway: Journeys and Arrivals of American Musicians, Back Bay Books, 2012. This is probably a POD version of a book that Guralnick first published in 1979 through a different company then resold to Hachette when his Last Train To Memphis became such a success. Now it’s in their Back Bay imprint.

I love Guralnick’s writing. He’s a marvelous music journalist, and his biographies of Elvis and Sam Cooke are two of my favorite examinations of anyone. Great work. I just wish he could do more of it.

Lost Highways is a collection of pieces that he wrote when he was freelancing for various music magazines in the 1970s. He divides the book by musical genre: Honky Tonk; something he calls Hillbilly Boogie; Mainstream pop (which he calls Honky Tonk Masquerade); and, of course, the Blues. He ends it all with an examination of Chicago’s music scene in 1977—and then adds an epilogue that was a 1979 interview with Sam Phillips.

The trajectory of business and music, like business and writing, remains the same though: hard work, opportunities missed, opportunities granted, and fame, sometimes deserved, sometimes not. The difficulties of living on the road are something that writers don’t face, and so some of the problems don’t exist for us. But much in here is familiar, and all of it is in Guralnick’s stellar prose.

His two pieces on Elvis Presley, which predate Guralnick’s Elvis biography by nearly two decades, are fascinating, almost fannish, and yet disappointed. The loss in the piece written just after Elvis’s death is the 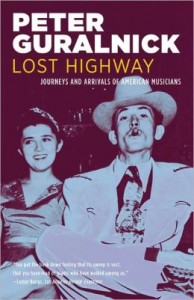 loss of possibility, of the dreams that Guralnick the fan had for Elvis the artist, not for the loss of a man Guralnick knew personally.

Other essays are fascinating as well like the portrait of Howlin’ Wolfe and the analysis of Robert Johnson to put everything in context. The ending, with Sam Phillips is also fascinating, partly because I know that Guralnick’s next book will be a biography of Phillips, partly because I’ve met Phillips, and partly because Phillips’s insights about the future of music are prescient. (Sam Phillips, for those of you who don’t know, started Sun Records in Memphis, the record label that began the careers of everyone from Elvis Presley to Johnny Cash.)

This is the Sam Phillips quote that Guralnick ended the book on, in 1979. Feels like Phillips could be describing the last fifteen years in music and the last ten in publishing:

For God’s sake don’t let’s become conformists—please. Just do your thing in your own way. Don’t ever let fame and fortune or recognition or anything interfere with what you feel is here—if you feel you are a creative individual. Then don’t let the companies get this going real good and buy up all the rights of the individual in one way or another. That’s not right. We’ll go back in another circle. Till it gets so damn boring your head is spinning. And I tell you, I hope it’s not too long in coming, because of the fact as we go longer and longer into the lack of individual expression, as we go along, if we get too far we’re going to get away from some of the real basic things. All of us damn cats and people appreciate not the fifties necessarily but that freedom are going to forget about the feel. We gonna be in jail and not even know it.

“We gonna be in jail and not even know it.” So many readers have described this feeling about books published in the last decade. Readers couldn’t find books they liked to read any longer. That was one of the great victories of the e-book revolution; readers could find the kinds of books they wanted to read, books they missed. That freedom Phillips talks about here came back with the advent of the internet and easy distribution to audiences.

I found lots of such epiphanies in this book. Great stuff, some of it historical, some of it surprisingly current. This is a collection of magazine articles, so you can dip in and dip out. I would suggest that you do so.

Higginbotham, Adam, “Life At The Top: What A Window Washer Sees,” The New Yorker, February 4, 2013. I loooove descriptions of jobs that I could never do. Window washer on high rises in New York City. I couldn’t do that. Not ever. Especially the way they did it back in the thirties, hanging on by their fingertips literally, until someone invented the belt system, long before the scaffolds were ever built. Just writing that makes my stomach twist with unease.

Higginbotham’s article gives a history of NY window washers, plus his own personal experience of going up on the Empire State Building. And some of that voyeuristic stuff that you’d expect a window washer to see. Fascinating, cool, and nifty.

Junod, Tom, “Theater of Pain,” Esquire February 2013. Over the last two decades of my life, I’ve come back to football. Or maybe come to football. My father watched it, so of course I sneered at it. I was in the band in my high school, so I went to the games, but proudly didn’t enjoy them. (It didn’t help that our team was…let’s say…mediocre.)

Over the years, though, college football has really caught my attention, particularly here in Oregon. A friend’s son has grown up to be a hell of a high school football player, so I pay attention there. I’m still not big on the pros, but I watch occasionally.

And, as the news has come out about the head injuries being as serious as those encountered in war, I’ve started to feel—well—guilty about my enjoyment. Or at least, guilty about enjoying the young men who are on the verge of their long lives, sometimes suffering injuries for their schools that will haunt them until they die.

Then I read Tom Junod’s article. This is what the pro players live with: unmentionable pain. What Junod says is that a player’s abilities don’t predict the length of his career as much as his ability to manage pain.

I’m not sure I wanted to know (or acknowledge) that. But I do now. And, if you read this well-written and important article, so will you.