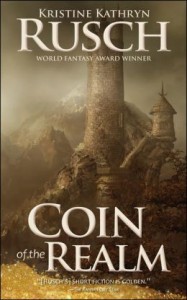 Rosalind, a princess of Orsem, believes the kingdom values her less than a coin of the realm. Her father the King confirms her belief when he decides to marry her to a prince from a neighboring kingdom, despite the threats of assassination that pour in. Her father doesn’t see her value; the assassins do, leaving Rosalind with several dilemmas: Marry? Flee? Or stand and prove herself?

“Coin of the Realm,” by World Fantasy Award winner Kristine Kathryn Rusch is free on this website for one week only. The story is also available for $2.99 on Kobo, Amazon, Barnes & Noble, Smashwords, and in other e-bookstores.

Coin of the Realm

9 responses to “Free Fiction Monday: Coin of the Realm”