I’m very excited to announce that Audible has put the entire Smokey Dalton series (so far) into audio books. Mirron Willis voices Smokey perfectly. I listened to all six samples, and realized that somehow Mirron Willis had found the voice in my head. That almost never happens in audio. (For those of you who don’t know, Mirron Willis is a talented actor who has worked on stage, screen, and small screen. In audio, he’s voiced books from Walter Mosley’s to Neil deGrasse Tyson’s to many others. He’s won Earphone awards and many other awards, for obvious reasons, imho.) You’ll want to start with the first book, A Dangerous Road 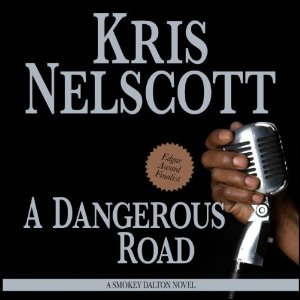 .  I really think you’ll enjoy these!

And if you want to hear an unprofessional but enthusiastic reading of my upcoming story, “The Scottish Play,” which will appear in Fiction River 5: Hex in The City, then go to WMG’s free short story podcast. The unfortunate narrator I’m dissing here is…um…me. After listening to Mirron Willis, there’s no comparison, so go listen to this one before you start on the Nelscott series.

Finally, I would be remiss if I didn’t remind you that you only have four days left on the Storybundle. Six great writers, seven great novellas, all for a low, low price–in fact, you can set your own. See this post for more information.