I started the year reading a super big book, the first in a trilogy. I couldn’t put the damn thing down—and then, suddenly, I had slowed to a crawl. I think the problem was me: the front part of the book dealt with historical crimes in the Deep South; the latter part was standard hugger-mugger, with all of the crime set-up tossed out for plot reasons. I was reading for the historical crimes, and I had forgotten I was reading a thriller. I will be buying the next book in the trilogy, but I just can’t bring myself to recommend this one. Sadly. Because the first half is soooooo good.

I read several other novels, but none really rose above standard reading level for me. And I read some short stories for Fiction River, which you’ll see in future issues. Everything else I read is below. I must add about Command and Control that I couldn’t put it down. I read it as if it were a novel, which is high praise from me for a nonfiction book. 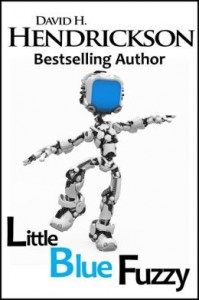 Hendrickson, David H., “Little Blue Fuzzy,” Kindle edition, Pentucket Publishing, 2014. I love this story. I first saw it in a workshop under a different title. The story was funny then, and it’s funny now. David H. Hendrickson is one of my favorite writers. Use this piece as an introduction to his work.

Melloy, Kilian, “Environmental Impact,” Edgeonthenet.com, January 27, 2014.  One day, in e-mail, Kilian sent me something marked “A token of appreciation.” I opened it, and to my surprise and delight, found this story, which he had dedicated to me. The is an environmental sf story of a type that’s almost impossible to write. Kilian pulled it off—and pulled it off well. The story’s free. Go check it out. (Then encourage him to write more!) 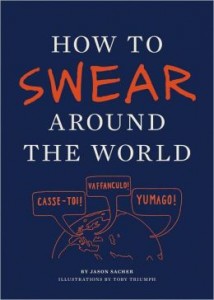 Apparently I do, because this little book was a true eye-opener. Not just at the degree of foulness humans can come up with, but how similar some cultures are to ours and how dissimilar others are. (My favorite saying comes from the Greeks: You can’t dye eggs with farts….um, okay…)

Seriously, this is a fun book and a great example of the way that a culture determines what’s forbidden and what’s not. If you’re a science fiction or fantasy writer, this sort of book opens the mind to aspects of world-building some writers never think of. 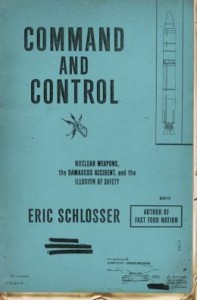 Schlosser, Eric, Command and Control, The Penguin Press, 2013. I must be numb. This book should have scared the crap out of me. Instead, I’m relatively unsurprised. Some of the reason for that lack of surprise comes because I was a reporter in the days of the Damascus Accident, which Schlosser uses as the centerpiece for this book. So much of what he has confirmed, I had heard as rumor thirty years ago.

Command and Control is a very well written, very well researched book about nuclear weapons and, in particular, weapons safety.  Or lack thereof. The sheer volume of accidents involving nuclear weapons in the US did surprise me but, so far at least, not one of the weapons has accidentally detonated. And considering that they had been burned, dropped from airplanes (yes, accidentally), and had been launched (again, accidentally), that’s saying something.

The book is a nonfiction account of the scientists, government officials, and others who oversee the weapons. It’s also the story of great heroism—people who did the right thing at the right time, to prevent the unthinkable.

Command and Control is impossible to put down. I bought a version for my Kindle when I traveled because I didn’t want to lug around the 758-pound hardcover. I couldn’t wait a week to finish the thing: I needed to continue. And considering this is nonfiction, that’s exceedingly impressive.

(And yes, those of you who are designing your own covers, Command and Control was published traditionally. This absolutely horrid cover was conceived, designed, and approved by at least a dozen people before the book went on the market. I hope there’s a new cover for the reissues.) 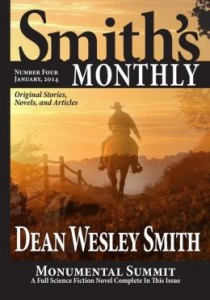 Smith, Dean Wesley, “The Match,” Smith’s Monthly, January 2014. What an opening! Poker Boy wakes up in 1999, without his friends and seemingly without his powers. How will he make it back to everyone he loves? The trip involves twists that had me laughing out loud, a wonderful poker match, and a guest appearance from a surprise character. Read this one, Poker Boy fans. It’s wonderful.