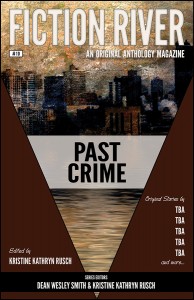 I read 250 manuscripts by professional writers this month. All of the stories were good. Some fit anthologies better than others. We held a writing workshop where six of us edited for Fiction River. You will see some tremendous upcoming stories, not just in FR, but in other magazines as well. Because once the editing left my control (I was editing a volume called Past Crimes) the editors let some—in my humble opinion—brilliant stories escape. I’m sure other editors will pick those up. 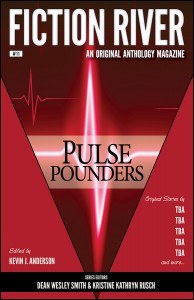 Needless to say, all that reading got in the way of my leisure reading. So I’m thin on that right now. But you’ll see what we chose, starting with my Past Crimes volume in October, followed by Kevin J. Anderson’s Pulse Pounders in December, and Dean’s Risk Takers in February. Three more will follow in 2015, from John Helfers, Kerrie L. Hughes, and Rebecca Moesta. I’ve read all of the volumes (minus one or two as-yet-unwritten stories) and they’re wonderful. 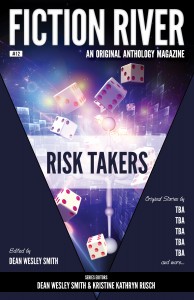 Okay, shameless plug over. Although it wasn’t really a shameless plug in that those stories were what I read in February. Along with the two items listed below. (Yes, I read a lot more than that, and no, none of it was worth pointing out.) Here’s the best of the non-manuscripts: 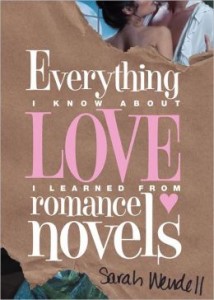 Wendell, Sarah, Everything I Know About Love I Learned From Romance Novels, Sourcebooks, 2011. A fun little book with a very important center message—how reading empowers and enlightens. Wendell has a great non-fiction voice, so the text just flows. Occasionally, I laughed aloud at some of her witticisms. If you’re a romance fan, do yourself a favor and pick this up. If you’re not, why not? 🙂

Williams, Kimber, “The Art of War,” Oregon Quarterly, Winter, 2013. Absolutely fascinating story about Gordon Gilkey, one of the men who worked in the Monuments project in World War 2 (y’know. One of the Monuments Men.) He  was a well known artist in his own right and he had an art collection that he received mostly in trade for his work that is so spectacular, the Portland Art Museum (where he donated it) can’t display it all at once. Fascinating man, fascinating time, and some great photos here—not just of the World War 2 parts of things, but of Gilkey’s own drawings, particularly of the 1939 World’s Fair.