A New Anthology, A New Story, and One Tight Deadline

A New Anthology, A New Story, and One Tight Deadline 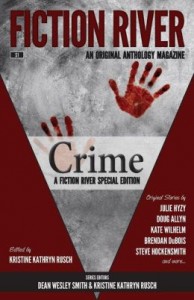 I’m pleased to announce that WMG Publishing just released the first Fiction River Special edition, marking the end of the anthology series first year! We’re so pleased–and I’m especially thrilled. I edited Fiction River Special: Crime, and invited all kinds of wonderful writers to join up.  From bestsellers to Edgar-award winners to a handful of first sales, the writers in this volume are–to a person–fantastic.

Here’s the table of contents:

From a twisted tale of greed by masterful writer Kate Wilhelm to a dark tale of murder and betrayal by Shamus-award winner Brendan DuBois, Fiction River Special Edition: Crime covers the entire gamut of the mystery genre-cozy to noir. New York Times bestselling author Julie Hyzy joins Edgar Award-winner Doug Allyn and several others to create one of the strongest (and most diverse) anthologies of the season.

And here are a few reviews:

“Fiction River [Special Edition]: Crime edited by Kristine Kathryn Rusch leads off with strong new tales by three familiar EQMM contributors: Doug Allyn with a gangster whodunnit, Steve Hockensmith with a con game story, and Brendan DuBois with a fresh variation on the old brothers-who-took-different-paths ploy. A sampling of other contents, including experimental short-shorts by Melissa Yi and M. Elizabeth Castle and a clever turn on the greedy-relatives-want-inheritance by Kate Wilhelm, suggest high quality throughout.”
—Ellery Queen Mystery Magazine

“Among the volume’s better entries are Doug Allyn’s “Hitler’s Dogs,” in which narrator Doc Bannan seeks the truth about his gang mentor’s death, and Steve Hockensmith’s “Wheel of Fortune,” which relates the schemes of a pair of con artists.”
—Publishers Weekly

You’ll note that I have a story here too. It’s called “FoL” and it’s a straight mystery (no sf).  In fact, there’s no fantastic element in the volume at all–and there’s not always a murder either. You’ll find all kinds of crime here. The book’s available in trade paper and in ebook. Audio will be available in late summer. You can get the book in all the usual places–your favorite mystery bookstore, for example–or you can order copies here.

And one other announcement: 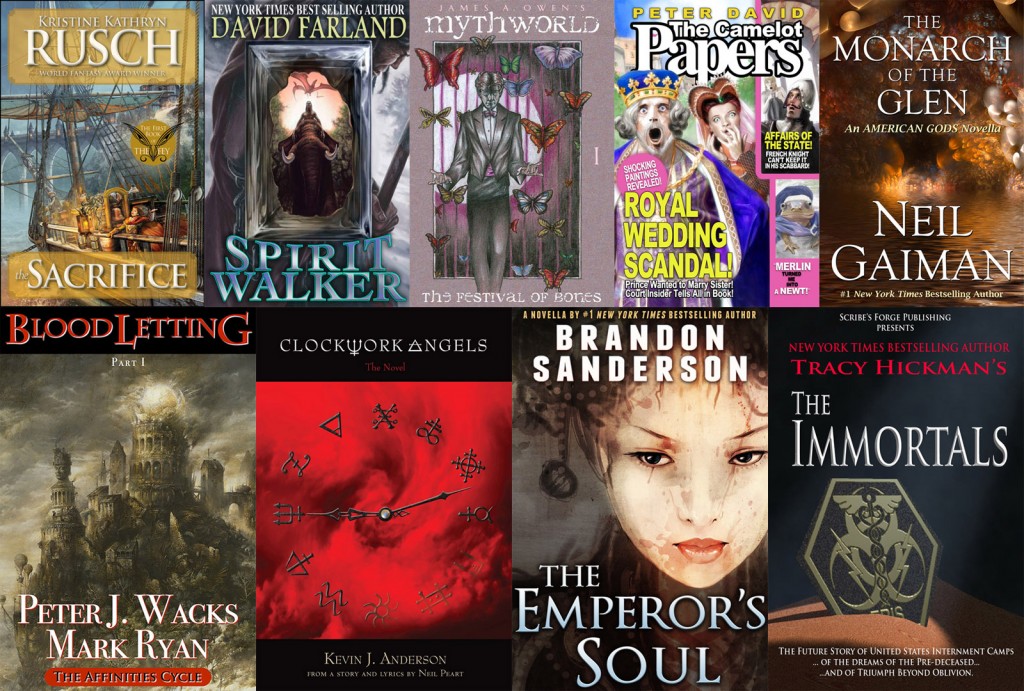 You only have a few days to buy the Epic Fantasy Bundle. It includes books by me, Neil Gaiman, Kevin J. Anderson, Brandon Sanderson, David Farland, James A. Owen, Peter J. Wacks & Mark Ryan, Peter David, and Tracy Hickman. Two great things about this bundle (besides the books): you can set your own price (minimum $3 for six; $12 for 9); and part of the payment goes to the Challenger Center. Seriously, folks, if you’ve never tried my Fey series, here’s your chance to get the first book for next to nothing. And if you’re a fantasy reader (or even if you’re not), you’ll find a lot to love here. So head on over, before you lose the chance. This opportunity won’t happen again.

9 responses to “A New Anthology, A New Story, and One Tight Deadline”