Spent most of July writing and then collapsing on the sofa in front of the TV when I was done. Dean and I binged on Marvel’s Agents of S.H.I.E.L.D, loved it, and for me, that took some of my writing time. (One more episode! Just one more!) Plus I had to line edit a volume of Fiction River, and that also took my reading time. 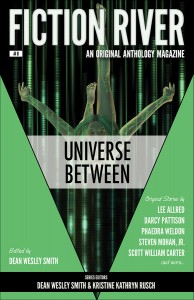 On Fiction River, I act as series editor with Dean, making sure the content of the stories fits with what we’re doing with the anthology series. I also am the line editor. For some volumes, I don’t have to do much because the guest editors are great at line editing. For others (including the ones I edit), I do quite a bit. I was pretty hands-on with the volume I worked on in July.

The nice thing about series and line editing, though. I get to read all of the stories closely. And they’re worth reading closely. If you want to see what I was line editing last year, check out Fiction River: Universe Between, which just appeared. Dean’s a surprising editor, in that you might think you know what the anthology will give you from the title, but you’ll be wrong. 🙂

When I say I don’t have reading time, I often mean reading time outside of my assigned tasks.

The pieces listed below are the things I loved that were outside of anything I’m working on. There’s not a lot here, but what I’ve listed is truly wonderful stuff. Enjoy!

Brenner, Marie, “Robert Capa’s Longest Day,” Vanity Fair, June, 2014. I’ve long admired the work of photographer Robert Capa. Best known for a breathtaking and devastating photograph he took during the Spanish Civil War, Capa went on to serve in several of the 20th century’s ugly war zones, finally dying in the First Indochina War in 1954—at the beginning of a war that became synonymous with the nation where it occurred: Vietnam.

Brenner’s article depicts Capa’s experience at D-Day. He went in with the troops and somehow managed not to die. He took rolls and rolls of film, managed to get them back to England through a courier, only to have the film developer overheat the negatives and ruin all but a few of the shots. Still, some of the iconic photos of D-Day came from Capa’s lens.

This article reads like a thriller short story. And I firmly believe Capa was one of the most interesting men of his time. Read this one. It’s fascinating. 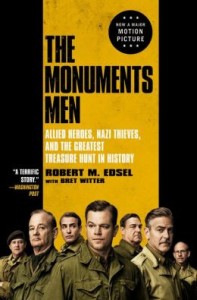 Edsel, Robert M. with Brett Witter, The Monuments Men, Little, Brown, 2009. I’ve been reading about the work of the Monuments Men and Rose Valland in particular long before the Clooney movie came out. In particular, Lynn Nichols’ The Rape of Europa which I recommended in the June 2008 list. Somehow I missed Edsel’s work. It covers some of the same ground, but in a much different way.

The more I read about World War II, the more impressed I become with what happened in those years and how people responded to all the tragedy. This book deals with art, but also with devastation. It’s easy to read and compelling, and much more coherent than the film. Really worth your time. 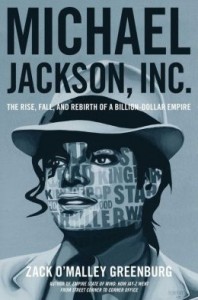 Greenburg, Zack O’Malley, Michael Jackson, Inc: The Rise, Fall, and Rebirth of a Billion-Dollar Empire, Atria, 2014. This book is not a biography of Michael Jackson. It’s a biography of the business that Michael Jackson Performer became—and still is. There are charts in the back about how much money the corporation earned, both in Jackson’s lifetime and afterwards and, as with Elvis, once the overspending star in the center was gone, the revenue went up.

This book is utterly fascinating. Jackson did have a business mind, and took a lot of creative artistic risks that ended up paying great financial benefits. He lost his way by 1988, mostly by firing advisers who actually argued with him and replaced them with yes-men. And then, of course, there were court cases and scandals.

The court cases continue—his family is still suing to be included in the will, which Jackson (in repeated versions of his will) always  said should not include anyone but his children and his mother. Still, the suits continue. (This is why I advise you to make sure you have a will and an estate in order—particularly if you expect to have some money and copyrights in that estate when you die.) Those expenses do have an impact on the business, but they’re less important than they were when Jackson was alive.

The shrewd business moves are fascinating, but even more fascinating is Jackson’s understanding of the importance of copyright and trademark. He often took less money on a deal so that he could own his own copyrights—and the copyrights of other musicians. Sometimes he outspent musicians to get the copyrights to those musicians music. (The most famous case of this involves Paul McCartney.) I am not going to go into too much detail here, but if you’re running a creative business—writing, music, comics—it would behoove you to read this book. Start thinking like a business person. Jackson did and, as long as he also had advisors who weren’t afraid of him, made excellent choices. So excellent that even firing those advisors and replacing them with idiots had less of an impact on his bottom line than I would have expected.

Kinsley, Michael, “Have You Lost Your Mind?” The New Yorker, April 28, 2014. Sometime in the 1980s, Michael Kinsley became the infant terrible of magazine publishing. Nine years older than me, he was getting press about being the young turk when I was holding similar jobs in the sf publishing world. I was happy to stay out of the big public eye, considering the press he got for his youth.

Imagine my surprise when I came across this article. Fast-forward about two-plus decades, and we’re both establishment. Kinsley, whom I had stopped paying attention to maybe 15 years ago, received a diagnosis of Parkinson’s when he was in his forties. I had no idea. He’s soldiered on, and continues to write. If this essay is any indication, the disease isn’t slowing him down.

But it worries him. There are similarities to dementia and Alzheimer’s with Parkinson’s. So he took several tests for all of those diseases, and reports the results and his reactions to them here. The essay brims with honesty and fear and braggadocio. Memorable and a bit frightening. 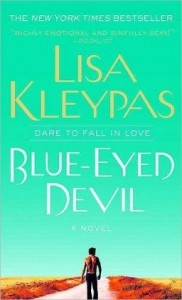 Kleypas, Lisa, Blue-Eyed Devil, St. Martins Paperbacks, 2008. I put off reading this bookbecause the description didn’t sound like anything I’d be remotely interested in, even though I love Kleypas’s work. But I’ve been waiting months and months for her next novel release, and I finally gave in. I decided to read the books I hadn’t been interested in.

I’m glad I read this. There’s a bump at the beginning. The novel’s in first person, and I don’t think I’ve read a first person romance in decades, if at all. I hadn’t realized how used I’d become to the third-person romance.

Once I was past that, I read this book incredibly fast. Haven Travis marries the wrong man against her family’s wishes, and suffers for it—not because of her family’s cruelty, but because of her husband’s. She has to put herself back together and find the courage to love again.

I’m a sucker for a good redemption story and this is one, oddly enough. Some of the reviews called it a game-changing romance. I think had the industry been different in 2008, it would have been a game-changer. As it is, Blue-Eyed Devil is a highly original romance that tugs at the emotions in all the right ways.

Lewinsky, Monica, “Shame and Survival,” Vanity Fair, June, 2014. I almost didn’t read this article, for obvious reasons. Plus the PR machine hyped it to death, and then there was a backlash (how dare she complain about her treatment when she poses in a sexy fashion for the article—and frankly, that pose is more comfortable [and metaphorical] than sexy). I figured it was all hype.

Instead, Lewinsky has composed a thoughtful critique of the culture that nearly ate her alive—maybe did eat her alive, since she is still associated with something she did in her twenties.

She examines how the 24/7 media has nurtured a culture of shame and humiliation. And just before I read the article, I had been thinking the same thing—how Americans seemed addicted to dissecting the mistakes of others, and then replaying those mistakes over and over and over again.

I’m not sure if the article is worth reading, since we’re all going to read it through the prism of our politics and our relationship to that rather insane year in the late 1990s, so I almost didn’t recommend the piece either.

But Lewinsky’s points have haunted me for nearly a month now. She got me thinking, and I always value that. The article’s short; see if you find her points as thought-provoking as I did.