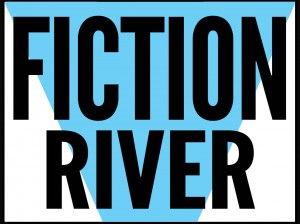 I expected to make this post much later tonight. WMG Publishing, Dean, and I, with the help of more than 75 authors and editors, have been planning our Fiction River Kickstarter Subscription Drive for more than a month. Because Kickstarter says that each project must get approved, and because this project had a lot of moving parts, we clicked it live this afternoon, hoping it would be ready for midnight tonight (PDT) or maybe tomorrow.

It went live immediately! We’re so thrilled. But we’re scrambling too. Because we need to let all of you know before the one-of-a-kind cool stuff is gone.

Let me give you some background here. We started Fiction River two years ago with a Kickstarter campaign. Since then, we’ve published 75 authors and had the help of two other editors. In the next year, we’ll have volumes edited by Lee Allred, Kerrie L. Hughes, John Helfers, Kevin J. Anderson, Rebecca Moesta–and me & Dean, of course. As with the previous volumes, the upcoming year of Fiction River will trample the genres and provide great fiction. Dean and I act as series editors to make sure that we have some consistency in the volumes, but not too much. If we wanted Fiction River to just be our voices, we would have been the only editors. We want you to have as varied a reading experience as possible. And this is how we provide it.

I actually wanted our catch phrase to be “Fiction River! For the adventurous reader!” But I was outvoted, since everyone thought I meant adventure fiction, not adventurous (outside of your comfort zone) reading.

We decided to do something fun. We loved doing the Kickstarter last time, and I have to be honest here: this year is going to be even more fun. We have some great stuff in the campaign, wonderful rewards, and lots of marvelous help.

However–and this is why I’m scrambling today—many of the rewards for this Kickstarter are one and done. Get a subscription, and get some e-copies of authors in one of the volume. Or signed books from our wonderful writers. The problem for those of you who find out later–we only have two signed books from the writers who were participating. Already, an hour in, some of the one-of-a-kind ebook rewards are gone.

Mostly, however, I wanted to let you know that the Kickstarter is here, so that you can get those one-of-a-kind rewards. If those don’t interest you, you have until October 2 to decide if you want to subscribe to Fiction River. I hope you do. Here’s the link. Head on over to Kickstarter, watch our goofy video, and have some fun.