Fantasy and Science Fiction and Deals!

Fantasy and Science Fiction and Deals!

The various holidays have ended, although tourists still clog the roads in my little beach town, and now I can let you know about a few deals that have started up. 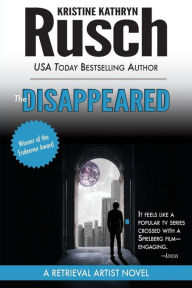 First, the ebook of the very first Retrieval Artist novel, The Disappeared, has a permanent low price—$2.99. So, if you wanted to try the series after hearing all the hype about it earlier this year, now you can for a very reasonable price.

In case you’re waffling, here are a few quotes about the book:

“Rusch has created an entertaining blend of mystery and sf, a solid police drama that asks hard questions about what justice between cultures, and even species, really is.” —Booklist

“It feels like a popular TV series crossed with a
Spielberg film-engaging.”
—Locus

“The Disappeared is a very readable, very thought-provoking novel that lives up to every expectation we have of Rusch and her considerable talents. Buy and enjoy.” —Analog

The other big deal—and it really is a big deal—is this:

Keith Brooke asked me to participated in a Storybundle. The books in this bundle are amazing. Three of the books are exclusive to the bundle. They’ve never been available in ebook before, and you can’t get them anywhere else.

One of those books, Little Sisters of the Apocalypse, by the marvelous Kit Reed, is one of my very favorite stories of hers. That’s worth the price of the bundle all by itself. (You can set your own price, but you must pay a minimum of $12 to get all nine books.)

The other books include the award-winning Ragthorn by Garry Kilworth and the late Rob Holdstock, John Grant’s The Far-Enough Window, and Keith Brooke’s Lord of Stone.

My contribution to the bundle, Façade, comes from a trio of dark fantasy novels that I wrote for Dell in the 1990s. I wrote Façade one hot May in Eugene, Oregon, but set the book where I live now, on the Oregon Coast. Or my made-up version of the Oregon Coast, a town called Seavy Village. I’ve set a lot of other stories in Seavy Village, so the setting will be familiar to some of you.

As with all Storybundles, this bundle will be available for three weeks only, and then it’s gone. I have no idea what’ll happen to the exclusives after the bundle goes down, so you really do have to act quickly to get all 9 books.

I’d say get both the bundle and The Disappeared. You’ll spend $15 or so, and you’ll have ten books, instead of one trade paperback or discounted hardcover. Not bad for a few minutes spent clicking away. And you can take all ten novels to the beach on your phone or your tablet or your preferred e-reader. You won’t even get sunscreen on the pages. How wonderful is that? 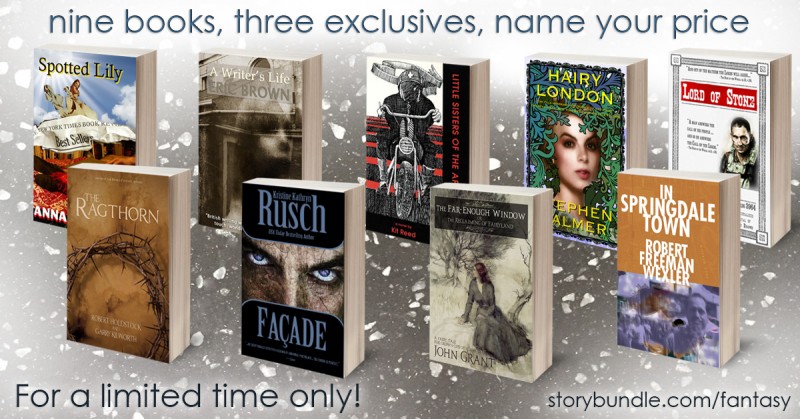