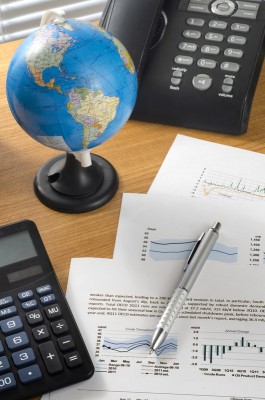 I’m watching numbers for the next four weeks or so, not because I need to boost my sales or anything, but because a number of promotional experiments are all occurring at the same time.

On top of it, the latest Author Earnings report came out, with some information I mentioned was missing from previous reports. Hugh Howey and Data Guy took those suggestions from me and others as a request (which I appreciate!) and so, released a new report the day after I blogged about the old one. Yep, I was the one who was late, not them, so this time, I’m blogging immediately.

I’ll report on a bit of the promotional experiments in two weeks or so, after I return from a trip to Denver where I’m the author guest of honor at MileHiCon. (If you’re there, come to the signing and say hello.)

The reason I keep using the word “experiment” with promotions is this: I believe every promotion that a person does has to have a goal. Many of the promotions that I’m doing, some of which surround the boxed set that I’m doing with eight other authors, mark my first concentrated effort on a few of those things. (For more on the boxed set, see Tuesday’s post.)

For example, the Rafflecopter promotion listed at the bottom of the page is new to me. It’s definitely boosted my Twitter following and my newsletter signups. I expect some of the newsletter folks to drop away over time, but the Twitter folk will probably remain. So, that’s been fascinating, and I expect it will remain fascinating through the end of the year.

I’m sure I’ll have more information to share, particularly as the next two weeks of promotion include some being done by one of my old traditional publishers on Barnes & Noble (!) as well as a few smaller promotions that WMG is trying.

This week, though, I’m focused on Author Earnings, again. The October report examines “the rest of the ebook market.” In the past, Author Earnings only examined Amazon’s numbers and only from a “slice,” usually numbers spread out over an entire day. Hugh and Data Guy would examine the sales figures from all Amazon’s bestseller lists (and no, I’m not going to look up how many lists that is; Hugh and Data Guy know, however).

First, the numerical results. In the United States, Hugh and Data Guy found that “when indie books without ISBNs are included in the statistics, Amazon accounts for 74% of all US ebook purchases and 71% of all US consumer dollars spent on ebooks.”

That didn’t surprise me. Right now, Amazon U.S. is huge. The numbers also show that almost all of the remaining 26% of ebook purchases come from Kobo, Apple, Nook, and Google Play, with Google Play being the smallest retailer of the bunch. Apple was the big player here, and I expect that will grow over time.

What did surprise me, in a pleasant way, was this: “At those 4 other stores, self-published indie ebooks make up 22% of all ebooks purchases and take in 32% of all author income generated by ebook sales.”

Thirty-two percent is a nice number. It’s higher than I expected. I had thought those four also-ran bookstores would have smaller figures in the United States.

As I went through the numbers (and I read the report several times), what struck me was this: Apple’s numbers in particular remind me of the numbers I saw from Amazon in 2010. If Apple continues to grow—and I think it will—it will become a larger percentage of the U.S. market in the next five years. I am not going to try to predict the future, but I wouldn’t be surprised if Apple became the second biggest ebook market in the United States in the next five years.

Why do I keep emphasizing “in the United States”? Partly because of the conclusions that Hugh and Data Guy come up with.

They examined United States numbers only. Their data-mining techniques would be much harder to do with bookstores outside of the U.S. Getting the outside of the U.S. information on the other stores from inside the U.S. would require computery thingy-majobbies that I don’t entirely understand.

When looked at the U.S. only, and when examined with Amazon’s Kindle Unlimited in mind, Hugh and Data Guy find that indies earn the majority of their money on Amazon. So, the implied message of the report is that right now, if you want to maximize earnings, there’s nothing wrong with going exclusive with Amazon.

To be fair, they didn’t exactly say that. What they said was this:

For indie authors, there is no easy, one-size-fits-all answer.

In our look at the other US ebook retailers, we found a significant share of indie sales in every single major store outside of Amazon. The myth that indie sales are virtually non-existent everywhere else is just that: a myth. But at the same time, 84% of all paid indie downloads happen on Amazon and 80% of all indie author earnings are generated on Amazon. That is today’s reality.

The implication being that going exclusive with Amazon is a great choice.

If the ebook market were as limited as the print market had been in the 20th century, where territorial rights governed the licensing of books—where, in other words, writers sold North American rights separately from rights in Great Britain; where readers in France might not ever hear of an English-language book they might be interested in, even if they were English readers; where no one outside of a particular country even knew an authors name—

If that world still existed, then, yes, the advice to remain “narrow” and Amazon-only would be good advice.

But Amazon is not the biggest player worldwide. Its stores are only just now cracking the international market. Apple is the biggest player on the international stage, with an Apple store in damn near every major city in the Western World, and many in Africa and Asia as well. The iTunes store, with books prominently displayed, penetrates all of those places and, as some studies have just shown, readers in other countries spend a lot more time reading on their mobile devices than Americans do.

Most of the money I earn on Kobo and iBooks comes from countries outside of the United States. The main reason I insist on staying with Smashwords, despite their ridiculous quarterly payment schedule, is because so many of my international readers want to buy directly from them, without having to own an Apple device and some of the fees and penalties that those readers have to pay in Amazon’s store.

The internet has leveled the playing field in more than one way: it has given information an international immediacy. When I announce a new book release, my readers in Japan know about it at the same time as my readers do here in the United States.

So many American writers make the same mistake that the Big 5 publishers do: they think only in terms of the United States, forgetting that the big wide world out there is now purchasing English-language books in record numbers.

So…by all means, take heart from the numbers the latest Author Earnings report shows. I certainly do. But remember, those are numbers for the United States only.

The world market awaits you.

I know the readers of this blog come from all over the world. Some of the main commenters (both here and in my email) are from outside the United States. Same with readers who donate regularly. I appreciate that, and I love the international perspective you all bring to the blog.

The blog does survive on donations, so if you liked something, please do leave a tip on the way out. Thanks!