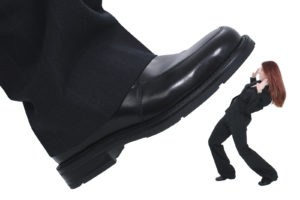 As many of you know, I’m revising the book Dealbreakers, which I published in 2013. This piece is the second revision of this topic that I’ve done. Please remember as you read this that I am not an attorney, and nothing in this post should be considered legal advice.

I probably should have called this post Short- and Long-term Thinking, or maybe just Thinking. Because no one should ever sign a non-compete clause.

And yet, for the past several years, traditional publishers are trying to control everything about a writer, from the rights she sells to the amount of money she makes. They also want what they’re calling “a non-compete” clause.

In reality, it’s a “do-not-do-business-without-our-permission” clause.

I first wrote about this in 2011. Then I revised the piece for 2013. And now, well, things are much worse than they were five years ago for any writer who wants to become traditionally published.

I’m going to be as blunt as I can here.

If you sign any version of a non-compete clause, you will never be a full-time professional writer. Writing will not be your career. Something else will, and you will write on the side for the rest of your life.

Can I be any clearer?

But most writers don’t realize that contracts are one long document that works as a whole, not a series of linked paragraphs. Just because you whacked one mole doesn’t mean you’ve gotten rid of the moles altogether.

These days, deleting the non-compete clause is not enough. You must also get rid of all the language about competition in the warranty section of the contract. That’s the part your agent (if you have one [and if you have one, why do you have one?]) tells you is boilerplate so you don’t have to read it.

Around 2012, publishers started requiring non-compete clauses in almost all of their contracts, and are making those clauses a deal breaker from the publisher’s side. In other words, the publisher will cancel the deal if you do not sign a non-compete. The choice you are given is this: either you let the publisher control your entire career just because you sold that publisher one book for $5000 or you walk.

If that’s the choice you’re given, walk. Hell, run.

You have other options now. You can go to a different traditional publisher if you want. You can publish that work yourself.

You’re even better off putting that book in a drawer and not mailing to anyone than you are signing that clause.

Because the moment you sign that clause, you give over your entire career to a corporation that cares nothing for you. Even if the clause does not hold up in court (and quite honestly, I don’t think the clause can hold up but I am not an attorney), you’d have to spend years not writing and litigating to prove me right.

The Author agrees that during the terms of this Agreement he will not, without the written permission of the Publisher, publish or authorize to be published any work under this name or any other, including blog posts, short stories, nonfiction articles, novels, or the like.

In other words, the contract will prevent the writer from making a living at his craft. I saw that clause in my first contract with Bantam Books twenty years ago and hit the ceiling. (The word blog was not in it, of course.) I thought I was going to lose this rather large contract because no way in hell would I sign a document with that clause in it.

I demanded the clause’s removal and got it with no fuss at all. Recently, however, writers have signed contracts with that clause because they were told the clause was a deal breaker. I know of at least two mystery writers who need their publisher’s permission to put up a blog post. I know of several more who have had to get a document granting them blanket permission from their fiction publisher to write nonfiction.

Do you really want that to happen to you? Because it could if you sign this clause. Consider that the contract, like your mortgage, might get sold to another company you’re entirely unfamiliar with at the moment. This happened to Avalon authors who had no idea when they signed their contracts that eventually Amazon would have the rights to publish those works. (I will deal with that in “Contract Termination” in a few weeks.)

Worst case, right? Yes, it is. But before you sign a contract—any contract—, you must imagine the worst-case scenario. The contract you negotiate should protect you from bad things, but you have to realize how bad those things can actually be.

Let’s go back to the clause: It is ridiculous. It’s there to prevent you from controlling your craft. According to that clause, your publisher is in charge of everything you write, whether the publisher pays you for it or not. Got that?

I have seen other versions of this clause, negotiated by (idiot) agents for their established clients. Those versions usually read something like this:

The Author agrees that, during the term of this Agreement, he will not, without the written permission of the Publisher, publish or authorize to be published any work substantially similar to the Work or which is likely to injure its sale or the merchandising of other rights herein.

This is only marginally better. Seriously. You’re still asking your publisher’s permission to write something. Granted, it’s only under one name, and if your publisher withholds permission, you can start up a new pen name, but honestly…who signs this stuff? And what advisor thinks something like this is okay for a writer to sign?

It gets worse when you think about who gets to decide. Most writers will let their publishers decide. Those writers who challenge the publisher’s decision will find their books, their careers, their livelihoods tied up in civil court, waiting for a judge to decide.

I have seen several versions of these clauses negotiated to death, with all kinds of phrases added in, but none of them are toothless, and all of them tie the writer’s output to his publisher’s permission.

For me, this clause is a deal breaker. No one controls my career but me. No one tells me what to write but me.

The best way to handle a non-compete clause is to refuse to sign one.

So…you take the non-compete clause out and you’re in the clear, right?

Hell, no. Lately these publishers have been adding something in the boilerplate section of the contract. A boilerplate section is the stuff that should remain the same from contract to contract—you negotiate it once, and it doesn’t change. It’s stock or formulaic language that covers expected things like insurance coverage and Acts of God. Some boilerplate can be changed and some can’t.

In the boilerplate section is something called a warranty, and in it, you’ll find language like:

The Author Warrants that the Work is original, and uses no material from any other source…

Only cagey publishers have started to add this:

The Author Warrants that she will not publish any other work until this contract is fully executed.

If the book goes out of print.

Because, people, books generally aren’t going out of print any more. Contracts with traditional publishers are becoming contracts for the life of the copyright.

Think, think, think about what you sign. Think about the worst-case scenario. You people are supposedly good at imagining things.

Seriously, folks, watch out for this stuff. Take clauses like this out of the contract. If your publisher refuses to remove language like this from your contract and you still sign it, you will have no one to blame but yourself for your tanking writing career. Because you put your signature on a legal document giving someone else control of your output.

Let’s look at the non-compete clause from yet another perspective—one of balance.

Technically, contracts should at least pretend to have balance between the parties. Theoretically, you and your publisher are equal partners in the venture of publishing a book, and your contract should reflect that.

Contract law, from dozens of countries including ours, assumes that both parties are able to enter into the contract equally, with the same kind of knowledge and judgment.

If you can show, in court, that you’ve been swindled, bamboozled, or forced to sign a contract whose terms actively harm you, then the contract might—and I use the word “might” here on purpose—be canceled.

The judge is not required to act here, and often will not. This is one of the many reasons I tell you to avoid court.

But let’s explore balance for a moment:

If you are a professional writer who makes her living on her writing, and you have signed a contract that does not allow you to practice your trade, then there must be some similar consideration for the other party to make the contract balance.

If you ask for a non-compete as ridiculous as the one the publisher is asking of you, then it would read like this:

The Publisher agrees that during the terms of this Agreement he will not, without the written permission of the Author, publish or authorize to be published any work that might compete with the Work, including blog posts, short stories, nonfiction articles, novels, or the like.

Imagine a publisher signing that. Oh, you can’t? Neither can I.

But let’s dial it down a notch. Let’s say you sell a vampire romance to Publisher A. If the contract has balance, then you can’t publish a romance or a vampire book that might compete with yours—and neither can your publisher. Even if you limit the non-compete to two years, imagine telling your traditional publisher that they can’t publish vampire books or romance books for two years after the publication of your novel.

Your writing career is a business. Act like it.

Do not sign something that will stop you from practicing your trade.

I am now in the nitty-gritty parts of the dealbreakers series. This is the place where I need the most support, partly because I get frustrated here, and I have to dive into terrible (truly terrible) contracts that writers have signed.

I want to prevent the rest of you from making the same mistakes. So, please, forward this, email it, share it–do what you can so other writers can see it. And please do support the blog financially.