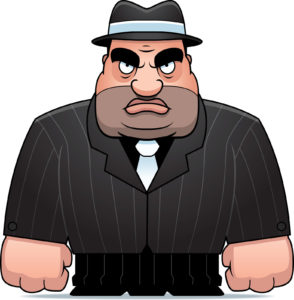 Here’s the best and worst thing about writers:

What do I mean?

It’s rare to find a writer with a Pollyanna view of the world. Most writers are better at gloom and doom than they are at unremitting optimism.

Writers also have an inflated sense of self—we couldn’t do our jobs otherwise—and a weirdly introverted need to be the center of attention. If we screw up, we feel like the entire world knows—and the entire world will react.

For reasons I don’t understand, writers also want rules. They want to know how to write, what to write, and what to do when they’re finished writing. They cobble bits and pieces of information from blog posts to Mrs. Hanson’s Fourth Grade English class, and come up with some convoluted set of rules that they believe every writer could and would follow.

And, more so than in almost any other profession I’ve encountered, most writers are ethical to the point of self-harm. For example, in the United States, we have an annual homework assignment—our federal and state tax returns. Convoluted laws and all kinds of regulation allow for deductibles and legal ways to move income from the taxable side of the equation to the not-taxable side of the equation.

Writers often won’t use those deductibles and regulations that favor them, preferring to pay the full tax burden. Why? They believe that everyone should pay their fair share. That’s all well and good, if a bit illogical. Because anyone with those kinds of ethics who wants to do Good Works is better off hanging onto their money and donating it to charities of their choice rather than giving the money to a government that might use it for things the writer doesn’t believe in.

Of course, who am I to talk? Because the U.S. Tax Code allows deductions for charitable donations, and I refuse to take those. Why? Because I believe that I shouldn’t be rewarded for giving to a charity; the gift is reward enough. (I never take the free prizes either for the same reason.)

So writers are all weird in their own little ways.

But the writerly weirdness causes conflict with our careers and our businesses, in part because we are (as a group) imaginative, rule-bound, pessimistic, ethical, and the center of our own small universes.

We bring all of those things into the realm of contracts.

Be honest with yourself: What do you imagine will happen to you if you don’t follow your book contract to the letter?

Many of you imagine the Worst Case Scenario. What is that? You don’t know, because it’s never happened to you or your friends or your friends’ friends. Writers tend not to discuss what happens when they don’t follow their contracts to the letter.

But most writers imagine they know. They imagine those thugs from the old Warner Brothers cartoons showing up at their doorstep, doing bad Jimmy Cagney impressions, and threatening them with everything from bodily harm to loss of their home to—I don’t know.

You dirty rat, see, I know you ain’t been followin’ your contract, see, and I’m here ta set ya straight, see…

Or maybe the villain you envision in your imagination is more refined, more of a Hollywood executive type—a You’ll never work in this town again—kind of threat.

Yeah, I’ll spread the word, kid, and no one’ll ever buy your books again. They’ll know what kind of trouble you are, and I’ll make sure of it. You’re screwed, buddy. You’re just plain screwed.

Or maybe…I don’t know…a lightning bolt will strike you dead because you didn’t follow the rules to the letter. I’m really not sure because, I’m sorry to admit, my imagination fails me at this point.

I’ve spent too much time with lawyers, businesspeople, and sales executives. To them, the entire world is negotiable.

In the past month, I found myself explaining writers to lawyers. Lawyers know that contracts are not written in stone. They’re rarely written in blood. All contracts can be changed, modified, muted, and defanged with enough effort. Sometimes that effort requires a judge and a courtroom.

However, lawyers—all lawyers I’ve met anyway—say something when discussing contracts that confounds most writers. Lawyers use the word “ignore” a lot.

Here’s how the conversation goes:

Kris: [flailing about, describing in great and horrid detail how upset she is about a contract clause that is ridiculous, probably unenforceable, and most likely will not stand up in court.]

Lawyer Friend: I don’t think that clause is legal.

Lawyer Friend: Tell them to ignore the clause and see what happens.

Kris: Writers would never do that.

Lawyer Friend: Why not? People ignore unenforceable clauses in contracts all the time.

Lawyer Friend: What’s the worst that could happen?

Lawyer Friend: [shrugs] They’ll end up in court. Might be good for everyone involved, so that there’s clarity on that clause.

Lawyers aren’t afraid of thugs and goons and cartoon characters that go bump in the night. They’re not afraid of someone who plays the Big Dog and says, You’ll never work in this town again. Lawyers generally say, Well, let’s see.

Lawyers know there’s usually a solution—and it’s often as simple as standing up and saying to the person on the other side of the contract, I’m not playing your silly game. No. I’m not doing it. Now, what are you going to do?

Often, the person on the other side backs down. If not, the negotiation has started, and there’s many many many emails and letters exchanged before someone takes the nuclear option of going to court.

You don’t believe me? Then look at The Passive Voice’s discussion of my non-compete blog from last week. The Passive Guy, a lawyer who runs the blog, wrote [emphasis mine]:

So can an author simply ignore the non-compete provisions in a publishing agreement that includes a provision saying New York law applies to the interpretation of the contract and any litigation on the subject will take place in New York?

PG says that any author who wanted to do so and was prepared to pay for a court fight in New York City would probably be doing a favor for a lot of authors. If the Author’s Guild wanted to do something that really benefited a great many trad-pubbed authors, it would fund such litigation.

Unfortunately for the general state of justice, not a lot of authors are likely to be interested in becoming a test case to determine the status of author/publisher non-compete agreements under New York law.

Here’s the bottom line, people. I know a bunch of you are stuck in contracts you don’t like. Publishers are reinterpreting contracts in whole new ways, ways that they never looked at in the past.

The big shift is that publishers no longer see themselves as manufacturers and distributers of books. They’re running a rights management business, which means taking advantage of the full copyright on a property, instead of licensing a tiny part of that copyright. (If you don’t understand that sentence, get a copy of the Copyright Handbook. If you’re too damn lazy or cheap to do that, at least see this blog post of mine.)

Publishers are changing their definition of terms in a contract, without informing the writers. Other businesses do the same. Hollywood has done it since time immemorial. The Writers Guild strike in 2007-2008 started because studios assumed they had the right to license (and not pay royalties for) digital rights to existing properties. The Writers Guild wanted those rights accounted for separately. It got ugly, but the Guild prevailed—thank heavens for screenwriters. Because those rights turned into a real cash cow. Streaming, anyone?

Writers—because of their imaginations, their unwillingness to learn business, their silly willingness to believe their agents (untrained in the law) instead of hiring lawyers—will let themselves get stuck in a bad situation over and over and over again. I have no idea how many of you have non-compete clauses that you follow when you shouldn’t. Or how many of you are afraid to renegotiate your out-of-print clauses. Or how many of you are afraid to challenge your publishers’ right to publish an ebook at all.

Or how many of you are being forced to work with an erratic employee of the publishing house or the game company. Sometimes I suck it up, knowing the contract is short-term. (I’m doing that right now with a particularly annoying idiot, counting the days until the agreement between us is done.)

Sometimes, though, I go directly to the person I’m in business with—the president or vice president of the company—the person with actual clout, and demand a different employee to work with. I’ve blogged about this in the past. You need to respect yourself.

If you’re stuck, get unstuck, whatever that means. First you have to figure out what has you stuck. Then you need to figure out a solution. If you can’t do that on your own—if you don’t know what’s possible—then hire a lawyer. Because a lawyer will be able to look at your contract and tell you what your options are.

All of these things are possible—

If you take your imagination out of the game. If you stop making things up and start acting like a person in control of her business.

But I can guarantee that no thugs will come to your door.

Maybe, just maybe, you’ll end up with a career.

Instead of wishing you had one.

I blog weekly on the business of writing. I figure I have a few more weeks on contracts before I can turn to other matters. I get so discouraged when I write these blogs, mostly because I know that for every writer who listens, there are dozens who will ignore the advice here and/or be that writer who signs the awful, awful contract under the “guidance” of their agent.

So, if you’re getting anything out of these posts, please contribute a little cash to help me finish them. And if you can’t contribute monetarily, please share. The more people read about what’s possible, maybe more and more will demand change.

That’s all we can ask for.