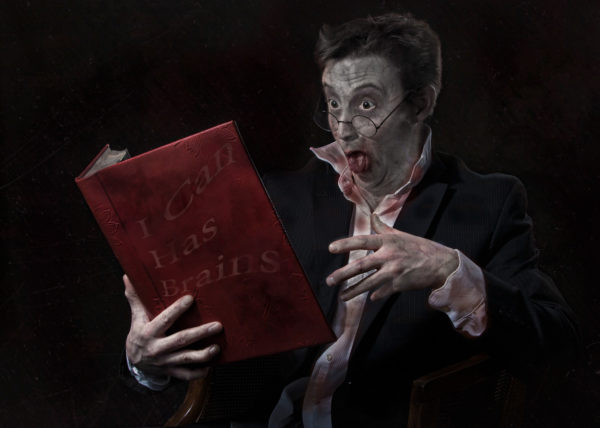 On the day I planned to write this blog, I got caught up in some other work that fried my brain. So I moved the blog to a different day, and am I glad I did.

In the interim, one of my readers forwarded me an article from Locus Online about Hachette suing one of their bestselling authors. It seems that for some reason, Seth Grahame-Smith did not turn in the second book of his contract with Grand Central for the follow-up book after Abraham Lincoln: Vampire Hunter. After two extensions of his deadline, and a threat from Grand Central, Grahame-Smith turned in something that Grand Central found terribly unacceptable. They claim he appropriated a 120-year-old manuscript as part of the book.

Considering Grahame-Smith also wrote Pride and Prejudice and Zombies, a book substantially based on a 203-year-old novel, I kinda had a yeah-so? reaction to the 120-year-old manuscript thing. So I went and read the lawsuit, and realized a few things.

First, the deal was made in 2010, before a lot of the major changes in traditional publishing occurred. The handwriting was on the wall, but back then, this Pride and Prejudice and Zombies thing was hot, so Grand Central ponied up a four-million-dollar advance, paid in $500,000 chunks.

Grahame-Smith received at least 1.5 million of those chunks, maybe as much as 2.5 million before the relationship soured.

Grand Central’s parent company Hachette is suing Grahame-Smith for $500,000, the advance on that second book of this contract.

Figure this: The publisher believes it’s better to sue the author than it is to leave that $500,000 outstanding. There are several reasons that Hachette could have made the decision to file suit.

For example, the time has long past for the second property to ever earn what the first properties did.

If you read the contract closely, you’ll see that there is some time-is-of-the-essence stuff buried in it, although that phrase is not used. The Delivery clause (p.5 of the contract) is unbelievably specific, and that has to be because of the timeliness of the property. (We’ll get to the contract in a minute.)

By 2016, it’s really clear that Hachette will lose money on this second book. Better to file suit and ask for the $500,000 plus interest than it is to pay out an additional 1.5 million owed through the contract. Legal fees won’t equal that amount, even if the case makes it to court.

The case is a pretty standard breach-of-contract suit, and from my glance, it looks winnable for Hachette. Even if it’s not, the contract will be canceled, and Hachette won’t owe Grahame-Smith another dime.

It’s pretty much guaranteed that Hachette wouldn’t have accepted a manuscript from Grahame-Smith for any reason in 2016. Hachette was looking at a major financial loss on the second book in this contract.

Expect more of these kinds of suits in the future. If the writers who got huge advances do not meet their obligations with the publishers, the publishers will cut their losses and run as fast as they possibly can.

But what does this suit have to do with the contracts/dealbreakers series?

For the first time, I can share with you a complete publishing contract. Go here, and scroll down to the contract itself. (The contract starts on page 9.) Try to read the thing.

Have you done so? Good.

Because I’m going to tell you a few things.

I scanned, but I didn’t see anything I would expect in a multimillion dollar contract. No escalators. No protections for the writer. Low royalty rates. Bad discount clauses.

Half the stuff I listed as dealbreakers in this series are better than many of the terms in this contract.

Plus there are some wrinkles here that I have never seen before. In the Termination Clause (page 17), for example, the writer must notify the publisher if motion picture or television rights options (or full-on licenses) exist.

I have never seen that. It means the publisher expected these books to get optioned for film, and that in such an instance, termination might end up being impossible.

And then…and then…oh, my God, and then!

The agent clause (p. 19-20). It is the worst agent clause I have ever seen. Worse than the ones I warned you about. It has this lovely addition, which is new to me:

The provisions of this paragraph 25 shall survive the expiration of this Agreement and are specifically included for the benefit of the Agent which is hereby named as a third-party beneficiary.

Wow. Just—wow. Go back to the agent clause post I did, and scroll through the comments. See what the lawyers who responded said about the duties of agents and how these clauses are most likely illegal.

From one of the lawyers answering a question on the post: “Yes [the agent clause] is illegal. (1) “Agent” is a legal term for someone empowered to act on behalf of another person. (2) A conflict of interest occurs when a person acting as an agent benefits from the transaction. If a lawyer did this, the lawyer would be [disciplined]….”

So, here’s this week’s homework assignment.

Rather than read my wrap-up on the whole series, which you will get next week, go read this full traditional publishing contract.  Print the contract out first, and see if you understand it.

Then realize that this contract isn’t the worst I’ve seen, and it certainly isn’t the best. It’s a really crappy multimillion dollar contract—the author should have received protection from his representatives, but we all know how good that representation is. (Or, at least, you folks know if you’ve been reading my blog.)

Then realize that traditional publishing is not really giving these big advances any more. The big-advance books aren’t earning out. Which is why Hachette is cutting its losses here.

So your chance of getting this kind of advance is pretty slim. And even if you do, did you notice the lovely clause about promotion?

The Publisher shall have the sole discretion to determine what, if any, promotional services the Publisher may perform for the work…

(I added the bold for emphasis here and below.)

Those of you, like CS from the comments last week, who believe you need a traditional publisher to make a go of your writing career, need to understand that I have seen that clause in almost every single traditional publishing contract I’ve seen over the last ten years.

Unless the writer actively negotiated a marketing plan for their book with the publisher and deleted that if-any clause, the publisher doesn’t have to do anything to promote any book.

Why would a publisher do that, you ask. You got me. But publishers really don’t want to be obligated to promote the properties they’ve purchased.

If you want to be traditionally published, and you do not understand this contract, then you have a lot of learning to do. You need a copy of the Copyright Handbook. You need to understand all the clauses here.

And you also need to understand that only two of the three parties to this contract will benefit from it. The first party to benefit is the publisher. If these books had been successful—and the first one was—the publisher didn’t have to do much of anything to rake in the dough.

In fact, there’s another scary clause that favors the publisher in this contract, a clause that I had never seen before. The royalty statements don’t have to be accurate. It says so right in the contract. It uses a phrase I’ve never seen in any contract before.

“Reasonable reserve” is not defined, and if the author wants to know what the publisher actually is withholding, the writer has to ask, in writing, for that information. The writer also has the right to audit the publisher—at the writer’s expense, of course.

Oh, and—there’s no cap on returns, and no time limit on the reserve.

I had the misfortune of mis-negotiating a reserve on returns twenty years ago on a work-for-hire project. I still get royalty statements—on a book published in 1995—in which reserve against returns continue to be withheld. Even now! Twenty-one years later.

You don’t think a publisher would do that on a book that they paid millions for? Think again.

The other entity that benefits from this contract is the agent. Who is specifically named as a third-party beneficiary of this contract. Who is agent, according to the agent clause, for the duration of the copyright.

What does the writer get?

Four million dollars, paid in seven installments…provided the writer lives up to the terms of the contract which, apparently, Grahame-Smith did not do. For some reason, he failed to fulfill the second half of this contract. So even if he wasn’t sued by his publisher, he wouldn’t have received the full four million.

He made, at most, two and a half million, minus agent fees and commissions, spread out over years.

And he wouldn’t have seen another dime on these projects, because they were jointly accounted (meaning one book could earn out and the other wouldn’t, so the publisher could apply all the earnings of the first book to the unearned balance of the second), and then there’s that crappy royalty statement thing, and then, and then, and then…

Folks, this is why I’m asking you over and over again why you would ever want a traditional book contract. Traditional print-only contracts (you indie writers) are just like this with the ebook stuff removed.

And so many of you indies want to hire an agent to handle your foreign rights. The publisher stuff here is bad, but the agent clause is ever so much worse.

Please, do your homework this week, and read this contract. Print it out. Try to understand it. Realize that all of the clauses work together to form a whole contract, that’s binding on the author.

Learn from this free information that has come from another writer’s bad situation.

This is how writers learn their business.

And next week, we’ll wrap up.

Wow. This wasn’t what I planned to write this week. But as I’ve said before, I couldn’t do this blog without all of you. And this tip came from a reader, pointing out the article and more. Thank you, thank you, thank you! This will help so many writers.

I’m wrapping up this series and am so ready to move on. I have pages of notes for the blogs for the rest of the year—if they don’t get nuked by more news. So, next week, one more, and then on into the future.

If this post or this series has been valuable to you, please leave a tip on the way out.