Read The Prequel to The Next Kris Nelscott Novel

Read The Prequel to The Next Kris Nelscott Novel

In October of 2017, the next Kris Nelscott novel will appear. It’ll feature Valentina Wilson instead of Smokey Dalton. (The next Smokey book will probably appear in 2018.) I’ve written about Val in Stone Cribs, and then again in a bunch of my short stories. She’s a different character in the short fiction than she is in Stone Cribs, due to life experience and the passage of time. 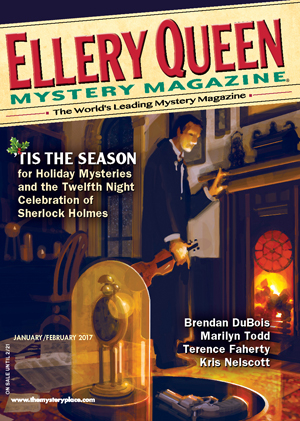 However, I’ve always wanted to write the novel that shows how she became the woman in the short stories. I had written three different versions before I realized I needed to tell a broader story. A Gym of Her Own will focus on Val, yes, but also on two other women—Pammy and Eagle.

Before I could write Gym, however, I needed to know who Pammy and Eagle were. So I did what I always do. I wrote a short story about them, which is now in the the January/February 2017 issue of Ellery Queen Mystery Magazine. The story “Blaming The Arsonist” features both women and the gym itself. You can even read an excerpt from the story online here.

I hope you enjoy the short story. I’ll let you know as soon as the novel becomes available for preorder.