I spent the first part of January line editing a Fiction River volume, watching disaster movies, and reading romance novels. I cannot explain any of this, except that I enjoyed all of it.

I did read yet another romance anthology of linked stories which, unlike last month’s, were mediocre at best. I kept forgetting what I was reading, but I doggedly finished anyway. (I’m not sure why.) Last month, I encountered some great stories in the volume, but couldn’t recommend because of the racist one in the center (as I said, they were linked). This time, nothing rose above adequate, which was disappointing, given the level of writers involved. I read a couple of other romances, which were nothing to write home about. Or to write here about. Sadly.

I’m also reading for the anthology workshop that we hold on the coast every year. (Next year’s is open, but filling fast.) Every year, the editors end up reading about 1.1 million words of fiction for the workshop…which means that the writers (collectively) write that much. As I type this, I’m in the middle of the reading for the second anthology. We get about 40 stories per volume from spectacular writers, and can only buy about 10. So, I’m enjoying, but also weeding.

I’m also reading for the upcoming science fiction workshop here on the coast—that’s assignment reading of published books—so you might see some of that in this or future Recommended Reading Lists.

Remember, I’m setting up this list so that it goes live whether I had a chance to spellcheck it or not. So let me know if I missed something important.

As always, here’s the best of what I read…at least, that I can talk about right now. 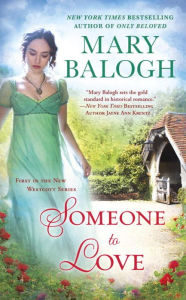 Balogh, Mary, Someone To Love, Signet, 2016. I do love novels about secrets, and this new series from Mary Balogh exposes a big one. The Earl of Riverdale dies. He’s an evil man who clearly hates his family, and he has a major surprise for them at the reading of the will—a daughter he abandoned. A legitimate daughter. She grew up in an orphanage in Bath, and I have to say, that’s the nicest orphanage ever in literature. But no matter.

No one knows about the big reveal except the lawyer, who discovered it himself in the course of dealing with the will, so the reading of the will scene is delicious. The entire book is fascinating, as Anna Snow, our heroine, learns how to live a life of “quality” while other people’s circumstances change dramatically. (If I say more, I will be writing spoilers.)

As I mentioned, this is the start of a series, and it’s the first Balogh novel in a while that I couldn’t put down. At all. I also can’t wait for the next book. I don’t think that happened to me since the Bedwyn series, years ago.

It helps if you read this as a fantasy novel (which Regencies are, but this is more than most). I realized midway through the novel that I was reading “Riverdale” as “Rivendell” (Tolkien), which made me laugh aloud. And didn’t make me stop reading the word that way. Loved the book, can’t wait for the next. 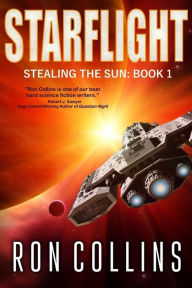 Collins, Ron, Starflight, Starburst, Books One & Two of Stealing The Sun, Skyfox Publishing, 2016. I had an unusual experience reading these two books. Ron asked me to provide a blurb for the second book in this series, even though I hadn’t read the first.

Now, understand, I rarely provide quotes for novels. I don’t have a lot of time to read, and once a writer-editor starts providing quotes, she’s stuck, either saying no to everyone and his dog, or reading a whole pile of stuff she hates because she’s not gutsy enough to say no. Lesson learned back in the 1990s. Someone asks for a quote, I say no.

Unless that someone is Ron Collins.

I’ve read Ron’s work since before he sold his very first short story. I remember his work arriving across my desk when I was editing. I always looked forward to whatever he had to offer, even before his craft had caught up to his idea machine. Once those two things combined, and he added powerful storytelling to the mix, Ron went from writer to watch to writer to read no matter what.

So, I read Starburst first. It stands alone. It starts with a bang and is impossible to put down. I finished it in about a week, while trying to do other things, which was highly annoying, because I had hoped I could just scan it. Nope. No. No way. I had to read. 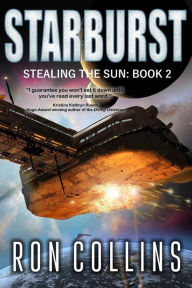 And then, when I finished, I asked Ron how many other books were in the series. At that point, he had just published the first book, Starflight. (Starburst wouldn’t be out for another month or so.) I gobbled up Starflight and read it just as fast as I read Starburst.

Here’s the thing: I have a lot of trouble finding science fiction novels that satisfy me. Either I want to rewrite it and “fix” it (in other words, do it my way) or I poke so many holes in it that I stop enjoying the book halfway through. I can sustain my disbelief for 100 pages, but after that, whoa, is it hard–if the characters aren’t good. (And often, in hard sf, they aren’t good.)

Ron’s characters are great, his message is great, his vision is great, and holy smokes, can he tell a story. Pick up this series, but take it from me. Start with Starflight. You’ll be happy you did. 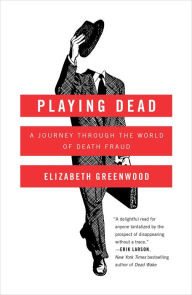 Greenwood, Elizabeth, Playing Dead: A Journey Through The World of Death Fraud, Simon & Schuster, 2016. This is probably not the book I should have been reading piecemeal in January, as I lost friends to real death, lots of celebrities and famous people I admired throughout the winter, and had some personal experiences that just about broke my heart.

Oddly enough, I found comfort here, though, because the book got me thinking about fiction. I write a lot about people who disappear (The Retrieval Artist series, anyone?) and about making a new life with a new identity. I even wrote about death fraud in one book, The Death of Davy Moss. So I found this book fascinating.

Greenwood had a notion to skip out on her student loan debts by faking her own death. She wasn’t married, didn’t have kids, so figured no one would get harmed. Her notion turned into a full blown investigation of death fraud and, kudos to her!, she sold a book about it. The book covers everything from the folks who actually tried to fake their deaths to the collateral damage (spouses, children) to the investigators who specialize in this stuff. The book begins and ends with her actually getting a legitimate death certificate—for herself—which is reprinted in the volume.

Fascinating stuff although, full disclosure, I skipped much of the section on the delusional fans who believe that celebrities are still alive. That’s because of The Death of Davy Moss, and also because Greenwood, a woman without much of a sense of history, doesn’t understand that these fannish beliefs were just as strong in the days before the internet as they are now. Yep, there’s a reason everyone jokes about Elvis still being alive. Because lots and lots of people believed it. (Maybe still believe it.) That it’s going on with Michael Jackson and other celebs (probably more now after this winter) is not surprising.

That’s a quibble. The book is fascinating, looking at yet another side of the human experience.

Morgan, Sarah, Sleepless in Manhattan, Harlequin 2016. After discovering Sarah Morgan last month, I decided to read the trilogy. Which, it turns out, will be more than 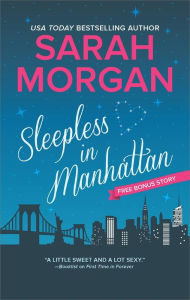 a trilogy. And I’m reading it in a weird order, because the entire thing actually starts with Midnight at Tiffany’s, a novella.

The novella was included in the paperback of Sleepless that I read. Read the novella first (I didn’t). I wish the novella had been a novel; I liked those characters.

Sleepless is a lot of fun. Paige and her friends lose their jobs at the beginning of the book, and decide to open their own business, at the recommendation of old friend Jake—who is our hero. Paige and Jake are old friends for a good reason, and the problems they have make sense. So does the attraction and inevitable relationship.

The story is fun, the characters are great, but the best thing about this book is the dialogue. Even when things get very serious, the dialogue is laugh-out-loud funny. Morgan’s characters have a very dry sense of humor and as things get worse, the humor gets pointed. Lovely stuff. 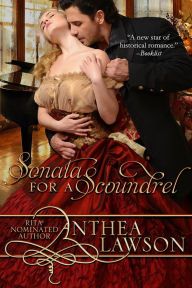 Lawson, Anthea, Sonata For A Scoundrel, Fiddlehead Press, 2013. I’ve had this book on my shelf since it was published. I knew I would like it from the subject matter—it’s a romance about music—but, honestly, I had a trade paper version, and I really prefer to read my romances in paper in mass market.

However, after reading yet another disappointing romance from one of my favorite traditionally published authors, I picked up Anthea’s book. I love Anthea’s work. I’ve bought her stories for Fiction River under this name and her fantasy pen name, Anthea Sharp. (In fact, you can find a very fun story of hers in Fiction River’s latest volume, Tavern Tales.) I thought about downloading the ebook version, then decided to suck it up and read the trade.

I’m so glad I did. I couldn’t put Sonata For A Scoundrel down. Unlike most historical romances, this one has a real story problem–meaning the conflict is a valid one, not made up. Clara is a composer at a time when women weren’t allowed to compose music for a living. Oh, they could write the occasional trifle, but to write something major, well, it wasn’t done. So she’d been publishing and getting success by having her brother front for her.

The most famous violinist of the day hires her brother to compose music just for him, and to tour with him. Of course, Clara has to go along, because she’s the actual composer. And everything goes from there.

Anthea bases all of this on historical examples, particularly Felix Mendlessohn and his sister Fanny, as well as Clara Schumann. Our hero, Dare, is based on Paginini. Anthea is a professional musician herself, so the musical examples are spot on.

The ending came a little too quickly. I would have wanted more drama around the big reveal. But writing this a day later, I find I’m satisfied with the ending even though I would have done it differently.

If you’ve missed meaty historical romances with some actual history in them, then I can’t recommend Sonata For A Scoundrel highly enough.