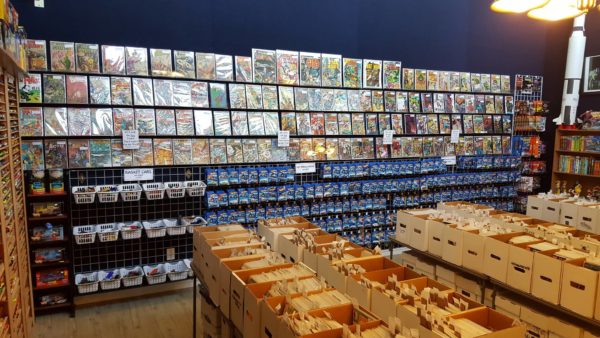 I’m conducting too many negotiations right now. I discuss them as if they’re easy.

But I always learn something.

And yesterday, I gained a brand new perspective.

I wrote the following sentence to someone who wanted to take my entire IP in a series for a pittance:

I then proceeded to explain to that person that I controlled my IP and they would not get their grubby paws on it, especially for a few thousand dollars and promises of future money. (Anyone who could read contracts would know that the company didn’t have to pay me the full up front money in a timely fashion if at all, and there would be no future money…to me…because I would have signed it away.)

I have never said that before, nor have I said it so blatantly. It provided me with an incredible and unexpected perspective.

I was trained in traditional publishing, where writers go begging for opportunity. Writers are taught to beg, from professors (let me into your class!) to critique groups (is my writing good enough?) to agents (will you take me on?) to publishers (will you buy my book?).

We’re not trained to value what we’ve built.

Imagine if all writers took that attitude into their negotiations for their work. Or into anything they do for their writing.

I know many of you are frowning as you look at that sentence. A few of you don’t know what IP is. IP is intellectual property. Intellectual property has become so important in modern business that companies are buying it up and sitting on it.

What, exactly, is intellectual property?

Well, it’s so important that the State Department of the United States Government has an entire division set aside for protecting U.S. IP around the world. And yes, I just discovered that while conducting a Google search for a great definition of IP. I found similar offices on the websites of the governments of Singapore, Australia, and the United Kingdom, along with the standard wikis and law school definitions.

Intellectual property embodies unique work reflecting someone’s creativity and is all around us, manifested through miracle drugs, computer games, films, and cars. The three main areas of intellectual property law that innovators use to protect their ideas are Trademarks, Patents, and Copyrights.

You should click on that link above, because there’s a nice little piece on why IP matters so much that a department of the US government that is not the copyright or patent office has an entire division devoted to it.

This UK link has a great guide connected to IP, that’s UK focused.  This Australian link has a ton of pamphlets that also discuss IP. You might want to use The Google, as a friend of mine jokingly calls it, to find the appropriate IP information for the country you live in.

As a writer, you create IP every time you commit your ideas to paper. (Into a form.) If you don’t understand copyright, you’re going to be a huge disadvantage, which is why I wrote a simple blog post on copyright last year and then begged you all to buy and read a copy of The Copyright Handbook.

I did that so you could defend your copyrights, so that you know what you’re actually licensing, and so that you’re in tune with how your business actually works. Dean’s doing a great series of posts called The Magic Bakery, in which he discusses why writers should protect copyright as well as how to monetize your copyrights properly.

Dean’s blog is fascinating to me. Because whenever he talks about the value of intellectual property, he gets a huge pushback from writers. Or a somewhat clueless series of questions that mean the writers have no idea what they’re actually working on.

Writers are so used to begging to get attention, that they have no idea how to think of their work as something not just important to them, but as something with lasting value.

As Forbes said in the very short introduction to its list of the Top 25 Intellectual Property Valuation firms:

The world has changed dramatically in the past several decades with more and more of a company’s value attached not to factories, machines, or hard assets but rather the companies’ ideas, processes, and designs – their intellectual property.

The American economy has moved from a manufacturing economy to one that makes most of its revenue from businesses that monetize their intellectual property. You know, like film studios. Game companies. Damn near every business in Silicon Valley.

While I’ve been writing about the disruption in publishing initially caused by (ahem) someone’s proprietary design (um, Amazon Kindle), I really wasn’t paying attention to the outside world’s acknowledgement of IP. In the past, if I had written I’ve spent decades developing my IP to someone I was negotiating with, they would have responded with a confused “Whaaaaat?”

Now, they understand exactly what I mean.

Writers need to understand it too. Even if your books don’t sell well.

The IP I was dealing with in that negotiation came from a novella I first published more than a decade ago. I’ve written dozens of stories and even more work set in that world since. I am constantly developing, licensing, and honing that IP.

It is an active IP, which means that it continues to grow.

So instead of using Dean’s Magic Bakery analogy, let me give you one of my own.

You have spent fifteen years owning a brick-and-mortar collectibles store. (I’m basing this analogy on one of our stores.) The store has more than 2,000 square feet of retail space, packed to the brim with collectibles as small as a marble or as large as a Homer Simpson life-size doll. In the back is a warehouse with even more items.

There are hundreds of thousands of collectibles in the front and back of that store, each with its own unique value.

One day, a Hollywood location scout walks in the front door, looks around, and decides that this store is a perfect setting for one scene in an upcoming movie. The scout talks to you, and you agree that they can rent the entire store for two days to shoot that scene.

Then the scout brings you the contract to sign that allows them to shoot in your store.

For a few thousand dollars and permission to shoot for two days, you sign away all ownership and control of that store. Sure, you might continue to work in the store, but any profits you make will go to the movie people. And they can take anything they want out of that store for the lifetime of the store, and use those items as they see fit. In fact, they can move the store to Los Angeles if they want, and bar you from entering the store forever.

As a store owner, you would never do that.

Writers do it all the time.

Wow, they think, I’ll get a movie made out of my book.

Wow, they think, I’ll get a game made out of my book.

Wow, they think, I’ll get a traditional publishing deal and my book will be on the stands everywhere.

And they lose the one thing they have of value. Control of their IP.

Does the writer ever think that they spent years developing that property? Nurturing it? Making it cool enough that someone else comes calling and wants a piece of it?

And the agents the writers put in charge of guarding the door to their little shops only ask the movie people/game company/traditional publisher how much up front money the writer will make so the agent can get a fast 15%. Or, as in the case of at least one agent I know, the agent demands that the movie people/game company/traditional publisher give him a piece of the property if the agent lets them in the door.

In other words, the agent takes part of the business, but leaves none for the person they’re supposed to represent.

Which is why I do all this annoying negotiation myself.

I have worked hard to create my IP. I spent years on it. I own it. I control it. You want to use a piece of it for a project of yours? Then treat me with the respect I deserve. Treat me like someone who has created something of value. Treat me like an equal.

Or go the fuck away.

“Business Musings: I Spent Decades Developing My IP,” copyright © 2017 by Kristine Kathryn Rusch. Image at the top of the blog copyright © 2016 by Dean Wesley Smith.