As I mentioned in my writing blogs on Thursdays, I ended up moving this month. I thought I was going to move in early May, but life forced the change earlier. So I’ve been a bit scattered.

Fortunately, the reading has been good. Even the reads I’m not going to recommend were readable, just not great. My challenge was simply remembering to post my notes, since they’re scattered across three states.

Some of the reading I’m doing is for the upcoming fantasy workshop on the Oregon Coast. I always have an extensive reading list for any workshop that I do, so that we all speak the same language. Having books in common helps, so that we’re not using TV shows or movies to discuss things. (Like to like, rather than apples and asparagus.) When I make those assignments, I pick some books I’ve read and some I’ve been meaning to read. This workshop has a preponderance of books I hadn’t read because fantasy boomed in the years since I taught the last fantasy workshop. Boomed and went in a very different direction than before.

So you’ll see some of those books on this list. (You won’t see one or two of the others, because I didn’t like some as much as I thought I would.)

Here’s the best of what I read in March: 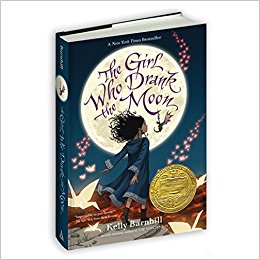 Barnhill, Kelly, The Girl Who Drank The Moon, Algonquin Young Readers, 2016. This book, for young readers, really gave me trouble at the start. (Yes, it was one of the assigned books I hadn’t read.) As people who come to the Anthology Workshop know, I hate dead baby stories, and there’s a major plot point about possible dead and abandoned children here. Yes, this book is for young readers, and respects those readers maybe more than I would. One of the back cover quotes described the book as “impossible to put down,” and once I sucked it up and got past the stolen children (a fantasy trope, by the way), the book was as advertised. Impossible to put down. I really liked the Perfectly Tiny Dragon. I understand him, since in May, I had a Perfectly Tiny Cat, who is…no longer tiny.

This is warm, and wonderful, and heartbreaking, in a good way. Worth every single accolade it has received.

Grant, Adam, “Lindsey Vonn is Queen of the Hill,” Esquire, March, 2018. The March 2018 issue of Esquire is a thoughtful one. I suspect you’ll find more recommendations from it in the April reading list. This interview with Lindsey Vonn is wonderful–except for the absolutely stupid question about whether or not she needs a man to guide her. (The interviewer was trying to “put rumors to rest,” but the best way to do that is to ignore the stupidity altogether.)

Vonn discusses her motivations, and how she overcomes adversity. She’s had a lot, things that would have sidelined other athletes permanently. She also talks about how to continue, even when you’ve met your goals, and how to find joy in what you do. Really worth reading–and it’s on the website for free. 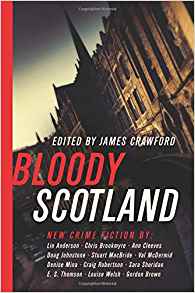 MacBride, Stuart, Bloody Scotland, “Stevenson’s Candle,” edited by James Crawford, 2018. This story, about a famous lighthouse in Scotland (that’s the conceit of the anthology–pick famous places and write mysteries about them), is predictable, but it’s one of those who-cares predictable stories. The journey is worthwhile. A storm is brewing, a mysterious stranger has shown up, and the lighthouse keeper may or may not be who he says he is. Thrilling and impossible to put down. By far, the best story in the volume. 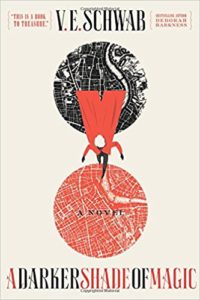 Schwab, V.E., A Darker Shade of Magic, Tor Books, 2016. I had heard a lot about this trilogy, so I assigned the first book for the workshop. The worldbuilding is fascinating, but Schwab’s setting is minimal to the point of nonexistent. At least she’s consistent, and the work improves toward the end. The worlds she’s built are clear in her head, just not on the page.

Usually badly written (or nonexistent) setting is a dealbreaker for me as a reader, but I had assigned this one, so I had to read it. And by the middle, I was caught up in the characters and their dilemmas. From the halfway mark to the end, I couldn’t put this down.

There are parallel Londons–White, Gray, Red, and Black. They’re all very different from each other, and only a few people can travel between them, including our protagonist, Kell. He’s very reserved as a character and it takes time to warm to him, but once we do, he’s worth spending time with. He meets Lila in Gray London, and she’s worth the price of admission. Fierce and strong, working hard to survive, she’s a heroine for modern times.

I recommend this, with the caveat that it’ll take some work to get to the meat of the book. I’m buying the next book in the trilogy, and keeping my fingers crossed that it’s as good, if not better, than this one.