Business Musings: The Books We Want To Write

Business Musings: The Books We Want To Write 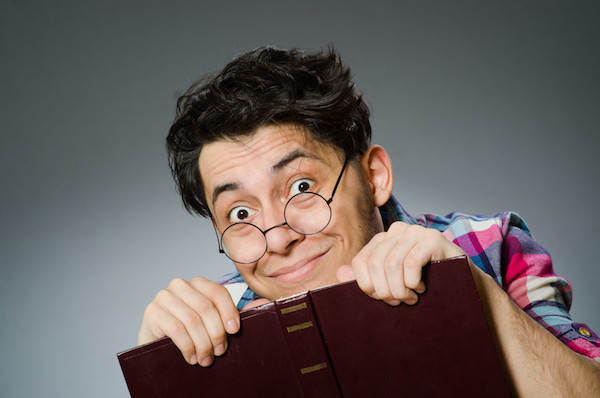 I had an odd little experience recently. I found a book that I wanted to write.

Which sounds weird, I know. But what I mean by that is that someone wrote a book that’s tailored just for me. Usually I’m the only one who does that. In fact, that impulse to write a book that I want to read is what gets me to the keyboard most of the time.

This time, I let out a small sound of joy (rather than dismay), ordered the book, and when it arrived, started reading immediately. (Usually, I let books sit around for a while until I’m ready to read them.)

The book is Jon Meacham’s latest, The Soul of America. It’s nonfiction. Meacham is a historian, and he wrote a book about all the dark periods of turmoil in American history, and how we as a nation survived them. He also touches on how they changed us, for good or for ill.

As I’m deep in the book now, I realize he’s writing a different book than I would have. Of course. Because we’re different people. He comes from a different political background than I do as well as a religious background that occasionally shines through in ways that make me uncomfortable.

But he’s done the research I’d been collecting books on, just for me. Because I’ve been in a lot of discussions with friends and family about America’s current national turmoil(s), and I always found myself citing different periods in American history that I felt applied to the discussion I was having with each person. Sometimes, that person would ask me how the historical period applied, and even though I knew it did, I couldn’t pull out the quotes, or the exact history in a way that made someone who didn’t know the history understand my analogy.

Meacham clearly had the same impulse, and with the same focus. He wanted to write an optimistic book about how we as a nation survive our periods of turmoil. He’s using a lot of the old historical canon—books I read for my history major in the early 1980s—when I would have used more modern scholarship. He also leaves out important (non-canon) people like Ida B. Wells, which frustrates me, since she, more than anyone, makes his point for him.

But it doesn’t matter, because I never would have written a nonfiction history book anyway. I would—and probably will—use the research I’ve been doing for a lot of fiction, mostly alternate history. I’ve been noodling some of it for a very long time.

Meacham’s book, though, is one I can hand to folks who think this is the bleakest moment in American history, a moment filled with the most turmoil, and the most division. I can show them—or rather, he can—that America has been a lot more divided over the centuries, even if you remove the American Civil War.

When the book arrived, I held it for a few minutes and felt that satisfaction I usually feel when I’ve finished one of my own books. There was also a sense of relief. I don’t have to do this now—“this” being the kind of historical treatise that I would have thought of, but never written. Someone else has helped, and in doing so, made my life easier on the political front.

Then I set the book down, and thought about a few other things. Such as, would I have written funny romance novels about Greek Gods and fairytale creatures if someone else had been doing so at the time? Or mystery crossover science fiction novels if someone was writing a series that really satisfied me?

In that way, the rigid control that traditional publishing had on what appeared in stores benefitted me. It inspired me to write a lot of books that were uniquely mine.

In other ways, though, that impulse of mine meant that much of what I wrote was a very hard sell indeed, since traditional publishing only wanted (and wants) to publish what they already knew was successful. The breakout books, the ones that change genres forever, were accidents in that period of tight control. Somehow a book slipped through that was different, and then it caught the national (or international) zeitgeist.

I think I wouldn’t have noticed my reaction to the Meacham book (except for the relief) if it weren’t for another book I’m slowly making my way through. John Connolly and Declan Burke edited a long series of essays called Books To Die For. In the anthology, which has a British bent, dozens of writers talk about the mystery novel that either most influenced them or the book they believe others need to read to be informed about mystery.

Many of these writers talk about how they found the book—mostly stumbling upon it in some store or library at just the right age—but many also talk about rereading the books or how the book (whichever one it was) gave the writer of the essay a new perspective on fiction or on writing or on characterization or something.

Except for a few essays in which the (mostly big name) writer didn’t even really try to fulfill the request, most of these essays are short little gems about writing and reading and about the way they are intertwined. Michael Connelly, for example, talks about how he rereads one specific chapter in one specific Raymond Chandler book before he (Connolly) writes anything about Los Angeles.

And, ironically, Connelly believes no one can ever write about L.A. better than Chandler. But Connelly’s reading of that chapter is clearly aspirational. He’s going to try to achieve that level of perfection and (in his mind at least), he’s going to fail.

Other writer tricks abound in that book. But mostly, it’s about the way the books we read influence what we write, and the way that what we write influences what we read. In fact, in the essay I’m currently reading (on Nicolas Freeling), Edgar-winner Jason Goodwin writes, “Writers respond to other writers more than they respond to real life…” [Connelly & Burke, Books To Die For, Atria, 2012, p. 203] I think that point is probably truer than I want it to be.

Sometimes we reach for the stars, like Connolly is doing, trying to write something as good as what we love, and sometimes we fill holes, writing books that we wish someone else would write.

I’m sure there are a million other reasons for writing—probably as many as there are writers. But those two interest me the most.

And all of these thoughts got sparked by the arrival of a book that isn’t quite what I would have written, but which satisfies that urge anyway.

Just a short reminder: This blog is reader-supported. If you feel like supporting the blog on an on-going basis, then please head to my Patreon page.

“Business Musings: Books We Want To Write,” copyright © 2018 by Kristine Kathryn Rusch. Image at the top of the blog copyright © Can Stock Photo / Elnur.

6 responses to “Business Musings: The Books We Want To Write”