Business Musings: What It Feels Like To Have An Agent

Business Musings: What It Feels Like To Have An Agent 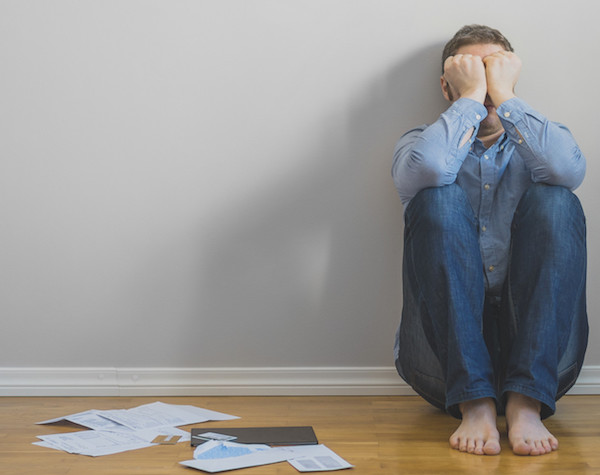 My heart is breaking.

But the agencies that did are probably still stealing some of my money. Licensed properties (tie-in books) are tougher to get to switch the paperwork/finances switched away from the agent, so those royalties from some of the smaller companies have never shown up.

At some point, when I’m feeling litigious, I’ll have my attorney and a forensic accountant go after them. (The last time I threatened one of those agencies with a forensic accountant they threw me out of the agency overnight. By the time I got up in the morning, they had severed my relationship with them and informed all of my publishers that the payments should go directly to me. Just the threat of an audit did that. This is one of the biggest agencies with some of the biggest names in the world. Ask yourself why they were afraid of a standard business practice. You know the answer.)

Anyway, this morning, I received a link to The Guardian piece. And in that piece was a link to Chuck Palahniuk’s blog post on the theft. The post breaks my heart.

And, as a result, he apologized to his fans. That’s what breaks my heart. He’s apologizing because someone stole from him and lied to him, and he’s apologizing for believing the lies. Poor man.

Here’s what he wrote:

I do hereby humbly apologize.

Palahniuk has published 24 books that I can see on his site. One of them became a major film (Fight Club). I’m sure there are ancillary rights sales that I’m not seeing here.

When you have a cushion of dozens upon dozens of published books, and those books have sold ancillary rights and a few have been made into TV shows and films, and the sales continue, then you are making a boatload of money.

If your agent is stealing from you and still paying some of the money, then you might be making a small boatload and to you it feels like a ton of money. If the agent wasn’t there, you would be making a fleet-of-yachts money. But to most writers, most of whom have been poor, a small boatload is a great deal.

I’m not going to pick at Palahniuk’s post. I’ve been where he is, although not to that extreme. He trusted his agents and the agency deeply. When his publishers told him they had sent the money they owed, and his agent said the money never arrived, he believed the agent.

I would have believed neither, and asked for proof of the money being sent. Then I would have tracked it down…the first time it happened.

When Dean and I hired the big agency that embezzled from us, we demanded that our money come to us the moment it cleared the agency’s account, no more than ten days after it arrived. Then we monitored. Those were expected funds—advances, timely royalty payments. So, the agency got creative. When it stole from us, it did so with things we had no way of knowing about, payments that were actual surprises—something selling better than expected in, say, Germany, for example, so that a company that had paid no royalties in the past (but sent statements) suddenly paid thousands. And we were told that “this year, they forgot” to send royalty statements, but there was no payment  just like previous years.

See how easy that is? Even when someone is monitoring the agent?

It feels terrible to be the victim of theft. When I was 18, someone broke into my dorm room and stole the quarters my roommate and I had saved up for laundry. I was more concerned about my wallet, which the thief had tossed in the bushes near my dorm. Once I found the wallet, I was fine, but my roommate never got over the feeling of violation. She would put a chair in front of the door every night, worried that someone would break in.

That was a one-time theft. We learned from it. We checked to make sure our door was locked whenever we left it.

But the on-going continual thefts? Embezzlement? That leaves you feeling like a fool. You should have seen it. You should have known. Especially once all the signs fall into place, all the little things that bothered you.

Palahniuk writes about that feeling so eloquently. And I feel for him. Because I felt all of those things too.

It’s one of the reason I blog so strongly about agents. Don’t hire them, people. They’re not regulated. They have sloppy business practices. They probably aren’t insured against this kind of thing.

As Palahniuk acknowledges at the end of the post, going after them legally (which it seems that he’s doing) is an iffy financial proposition. I decided not to sue the first embezzler so I can give you his name and the name of his agency. I do, when I teach in-person workshops. I tell anyone who asks.

You see, many of my friends have gone after him legally, and have gotten a settlement—which he paid out of funds he stole from other clients. He also demanded a nondisclosure agreement as terms of the settlement. I refused to participate in either of those things.

As for the second embezzler, I wanted out of the agency. So when they threw me out after I threatened them with an audit, I got what I wanted. But it’s clear to me that they’re continuing to steal from me. So, as I said above, they will be facing legal action from me eventually. I get to pick the time and place. I’ll be doing it so that I can blog about it, not to get money from them. (It’s thousands, not tens of thousands, these days.) But I’ve told a number of their clients that I caught them embezzling and they all say a version of what Palahniuk said:

I’ve worked with the same team of people since 1994.  To suspect anyone was stealing, I had to be crazy.

Sorry, folks. I’m not crazy. I didn’t have a bad break-up. This type of financial mismanagement, the kind that led to the embezzlement, is common in these agencies. It’s becoming visible now, because traditional book sales have declined, and so it’s harder for an agency to pay one complaining client with another (non-complaining) client’s advance.

I want you to think about how many big-name writers who have said there’s no money in writing, not like there used to be.

All of those writers have agents. All of them.

The publishers paid. Piracy was small.

As I said, this breaks my heart. Because on top of the financial loss and the hurt and the difficulty, there’s a major betrayal. Embezzlers create friendships, but aren’t friends. They’re thieves.

They don’t break into a dorm room and steal quarters. They pocket hard-earned cash from a writer’s dream. They destroy success. And they smile and smile and smile when they do it.

Here’s how Palahniuk puts it:

Yeah. That. Over and over again. It’s heartbreaking.

And I’m sorry all these writers are going through it.

So I blog about this.

Don’t hire literary agents for anything. Not foreign rights. Not movie rights. Do not hire them at all.

Get an attorney to do a single job. Learn the business yourself.

Or you will experience what Palahniuk is experiencing.

And believe me, that’s not an experience you want.

I love going directly to my readers for support. This entire post comes from a link that a reader sent me. Thank you! You folks keep the blog going, through links, shares, and financially as well. I greatly appreciate all of it.

“Business Musings: What It Feels Like To Have An Agent,” copyright © 2018 by Kristine Kathryn Rusch. Image at the top of the blog © Can Stock Photo / dmitrimaruta.

22 responses to “Business Musings: What It Feels Like To Have An Agent”