Business Musings: Own It

Business Musings: Own It 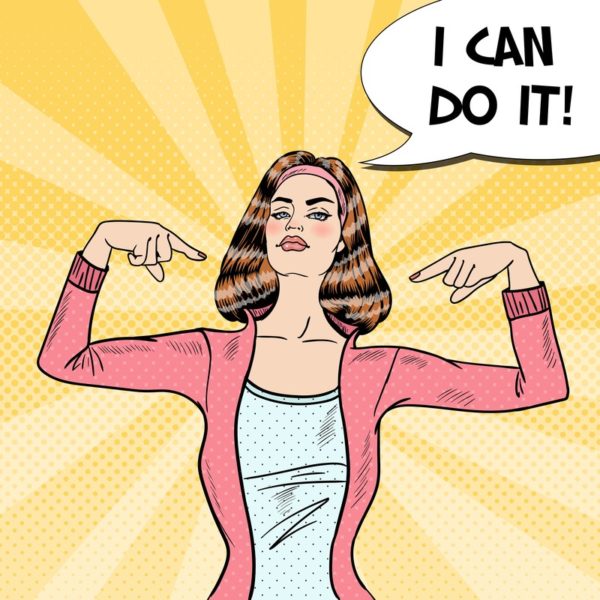 Lately, I’ve been doing a lot of reading on other writers’ social media accounts, blog posts, and acknowledgements inside their own books. Add to that the fact that off and on over the past six months or so, I’ve advised a number of writers as they negotiated something. Some of those writers read my book How To Negotiate Anything. Others were at the Business Master Class in recent years.  So they know my philosophy of negotiating, and they’re trying to implement it for themselves, which is great! So many people are stepping out of their comfort zones and trying to stand up for their work.

The discussion about agents these past few weeks on this blog and in other places, as well as the “Learned Helplessness” post, awakened something in me. I started watching how writers phrase things about their own careers.

And it shocked me.

Because most writers never take responsibility for their own careers. If the writer has success, it’s because their agent did something marvelous or because they have a brilliant editor or because their writing group is stellar.

Now, granted, some of that (in book acknowledgements especially) is faux humbleness. And some of it is true gratitude, particularly when dealing with research or someone who gave emotional support at just the right moment. Some of it is about opening doors as well. It’s always good to say thank you to someone who helped you make your art better.

But a lot of it is an unwillingness to recognize a few things.

Do those two success points mean your agent didn’t do a good job selling your book? Who knows? Your agent might have sent it to an editor you wouldn’t have considered. But that’s about it. Speaking as an editor, now, as an acquiring editor, there’s no amount of cajoling that will make me buy something I think is awful and/or don’t like and/or I don’t think is worth spending time on. If you come to our anthology workshop in March here in Vegas, you’ll see what I mean.  Or read these posts from Ron Collins.

Do those two success points mean your editor didn’t influence your work? Who knows—well, maybe you do. I have been lucky enough to work with a handful of great editors over the years, including Sheila Williams at Asimov’s, Kelley Ragland at St. Martins, and Gardner Dozois when he was at Asimov’s. Both made suggestions on some of my work that materially improved the work. In fact, the work would have been very, very different without their input.

But both missed things as well, or misunderstood something I was trying, or gave completely irrelevant advice. I’m the one who chose whether or not to follow that advice, and I’m the one who figured out how to apply that advice to improve my work. They didn’t.

I sound like a walking ego here to many of you writers, and I am. Because I believe that something in my writing will appeal to readers, so I put my writing out there. As I’ve said a million times, writers are a weird combination of ego and insecurity. The moment you believe that you are good enough to be read worldwide, then you have a large ego. But combine that with the insecurity of Is it good enough? and you have nearly every writer who has put pen to paper. (Fingers to keyboard. Voice to dictation software…whatever your analogy is.)

Take responsibility for your success. You did well. Will you do well again? I hope so. You can hope so too. But don’t expect it. Readers judge by the story, usually, not by the author. And writing isn’t an uphill craft. You do get better, but not in a straight line. In waves.

And not every reader will like every word you write. Readers are different entities from each other. There is no generic reader. There isn’t even a generic reader for a specific author. Readers have opinions, and those opinions make them as individual as you are.

I’ve made all four of those points over and over again in these Business Musings blog. I’ve said both in person and online hundreds of times these catch-phrase from the workshops that Dean and I run:

You are responsible for your career.

The good and the bad, the ups and the downs.

I thought that was pretty self-explanatory.

Then I started helping with negotiations. I read those blog posts. I saw writers time after time screw up by failing to use one word.

Writers don’t want to take responsibility for their own decisions in negotiation. Or in dealing with their business.

They say things like I’ll have to ask my agent. Or I’m not sure what my editor thinks about that.

When I teach writers to negotiate without an agent, writers ask me how to do that. I give them phrases.

But dumb me, I’ve finally figured out what writers are asking. They’re asking how to avoid responsibility for their own negotiations.

It’s easy to say, My agent doesn’t want me to talk with you unless you’re serious about this project.

It’s hard to say, I’m not interested in talking to you unless you’re serious about this project.

At least, it’s hard for writers.

It took me a long time to learn that negotiation is all about strength. If you say, My agent or my lawyer too many times in the middle of a negotiation, the person on the other side of that negotiation won’t want to talk to you. You’re not the one with power.

The person on the other side of that negotiation will want to talk to the person with power. You’ve established that someone else has control of your career.

But if you say, I do this  and I decide that, then the person on the other side of the negotiation realizes they have to deal with you, with everything you’ve put forward. They have to sweet talk you or scream at you or figure out how to manipulate you.

If you can, you make them play by your rules. But you can only do that if you’re willing to say I.

When you say I, you’re approaching the negotiation from a position of strength. That does mean that you will get a lot of pushback. People will react to your actions and your words strongly, and it might feel personal.

They also don’t like to hear that that same person has made mistakes and owned those mistakes.

Oh, well. That’s their issue, not yours. Sounds so easy to say, but it’s very hard to learn.

Just like it was hard for me to realize that writers—in dealing with their writings and their business—hate to use the word I.

It’s taken me years to figure that out, and that little detail is missing from How To Negotiate Anything.

Which means that the book is missing a key ingredient.

You have to learn how to speak up for yourself. To demand the respect that you deserve.

And you do deserve it.

Even if your writing isn’t selling well at the moment. Even if you don’t have much of a business yet.

You’re trying something very hard. You’re working in an international profession. You are putting yourself out there, each and every day.

I write this blog every week. It reflects my opinions at the moment. It reflects what I know to be true at this point in my life.

And yes, I occasionally refine what I know. And I try to point out where I went wrong.

I do mean it, though, when I say I couldn’t do this blog without you. You folks support the blog in a variety of ways, from comments to links to forward to financial support. Your presence helps me more than you will ever know.

So…if you feel like supporting the blog on an on-going basis, then please head to my Patreon page.

If you see an article or a Tweet or a blog post you think I should see, send a link to me. And if you feel a need to agree or disagree, please feel free in the comments below.

“Business Musings: Own It,” copyright © 2018 by Kristine Kathryn Rusch. Image at the top of the blog copyright © Can Stock Photo / ivector.

10 responses to “Business Musings: Own It”