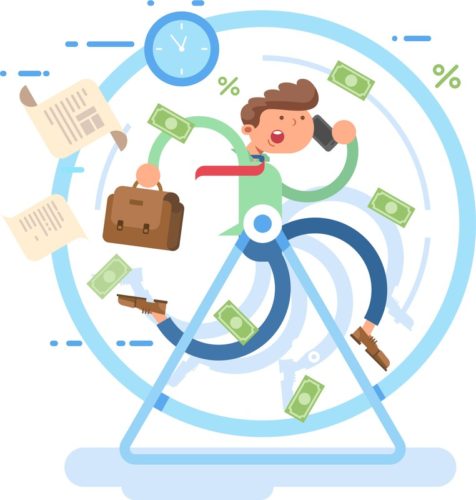 But I have no idea, really, and I’ve been part of the indie movement almost from the beginning.

You see, at lunch today, I finally had a chance to read Sarah Jeong’s article in Verge titled “Bad Romance.”  She beautifully lays out the games that writers have played on Kindle Unlimited, from the dawn of Kindle Unlimited.

She finally put #cockygate into context for me. I had been out of it this spring, and missed how that entire debacle came about. That it sprang from one of those lists where writers who gamed the system gathered did not surprise me. What surprised me was that I had missed the beginning entirely.

If you haven’t read her piece, you should. It takes the entire Kindle Unlimited experience and codifies it. All of those changing algorithms, all of the ways to game the system, all of the scams and desperate schemes get mentioned here—and more importantly, get put into context.

When you live through them, context means very little.

Back when I started blogging on publishing in 2010 (after writing The Freelancer’s Survival Guide on this site in 2009), I had the lovely experience of being trashed repeatedly by the Kindle Unlimited folks. Only there wasn’t Unlimited—not yet. There was just the Kindle Boards, where writers gathered to talk.

And what they talked about was what professional writers everywhere talk about—how to make money. (We don’t dare discuss craft with each other for fear that we’ll insult our peers. We all have friends who have great writing careers, whom we believe {in our heart of hearts} can’t write their way out of a paper bag. And, we know, that some of our friends think the same thing about us. It’s better to discuss quantifiable things, like money, instead of qualitative things, like craft. {See my post on “Taste” from last week.})

Instead, it was about which subgenres sold, and how many books you had to write and publish each month to stay ahead of the algorithms. It was about writing short so that you had more books published (in the early days) or putting the table of contents at the end so that the algorithm would think someone who clicked there had read the whole book.

Then things got even crazier. Book stuffing—filling your book with random junk so that you could be credited with 3,000 pages read. Hiring ghost writers at $700 a pop (which is cheap, considering I live with one of the best ghost writers of the 1990s—and he never ghosted for less than 20K on a short project) so that the writer can maintain her weekly publication schedule.

Writer groups deciding which sub-sub-subgenre should ascend to the heights of the Amazon algorithms by writing a bunch of shapeshifter stories (erotica, mostly, and um, ick—I can’t help but think of bestiality) or writing about mountain men or whatever the current sub-sub-sub-genre is this week.

Lost in all of this is a love for writing. For storytelling. For being the best at your craft that you can possibly be.

And that’s what I don’t understand.

Once upon a time, these writers had to have a dream about being published. Or being known as a great writer. Or writing the great American novel.

What happened? Was it too hard? Did they get sucked into the vortex of sales and algorithms and games instead of doing the hard work of learning to improve with each story?

Some of you are going to write to me and say that these folks never were writers. And while I agree that there were a number of scammers who jumped on board when Amazon started its Kindle program, there were also a lot of wannabe writers who wanted to make a living at their fiction.

A lot of those writers—including many of you who have followed my blog for years—tried some of the early techniques and decided that those techniques destroyed all the great aspects about being an artist.

A number of the Kindle Board writers made a boatload of money every single month…for a while. Then Amazon changed the algorithms or the way it paid, and a lot of those writers vanished. Some of the writers changed with the algorithm, probably to continue the lifestyle they had cultivated when they were earning mid-five figures per month. (Note 7/27: See David Vandyke’s comment below about the changes in the Kindle Boards.)

At some point, though, that hamster wheel had to get really tiring. Writers jumped off and went to other things. New writers jumped on, though.

And I still don’t get why.

I guess I would rather be a writer first, and a business person second. I know how to make a lot more money at my writing; I refuse to make the compromises necessary to do so.

Full disclosure, though: when Dean and I were repaying the Pulphouse debt through the 1990s, we did so with writing. Which meant that we took on a lot of work-for-hire projects in TV and gaming and movie universes, but we still had a rule. Those universes had to be ones we liked (at worst) and loved (at best). Many of those books were fun, and had the added benefit of paying a lot of money for only a few weeks worth of work.

It is a hamster wheel, though. At some point, you have to leave that kind of writing or you will burn out. The writing ceases to be something you enjoy, and it becomes sheer drudgery.

Which brings me back to those writers, the ones in the “Bad Romance” article, the ones who still hang on, chasing trends, even after years of unsatisfying work. I don’t get it.

Don’t they value writing? Book stuffing tells me that they don’t. Or that some of them don’t.

I feel for these writers, though. Because I think that, buried beneath the numbers and the terror about Amazon changing its system yet again and the constant scramble, there’s a disappointed artist. A writer who wanted to tell great stories, and is instead writing in sub-sub-subgenres they don’t even like.

But I could be wrong.

Because, as I said, I don’t get this.

And I’m not sure I want to.

I like writing these nonfiction blog posts about the publishing industry, or I wouldn’t work so hard to hit my deadline.

A lot of what I love about these posts, though, is the interaction with all of you. Thanks for the emails, comments, social media shout-outs, and tips. Thanks too for the financial support.

“Business Musings: Sometimes I Just React…,” copyright © 2018 by Kristine Kathryn Rusch. Image at the top of the blog © Can Stock Photo / kit8.