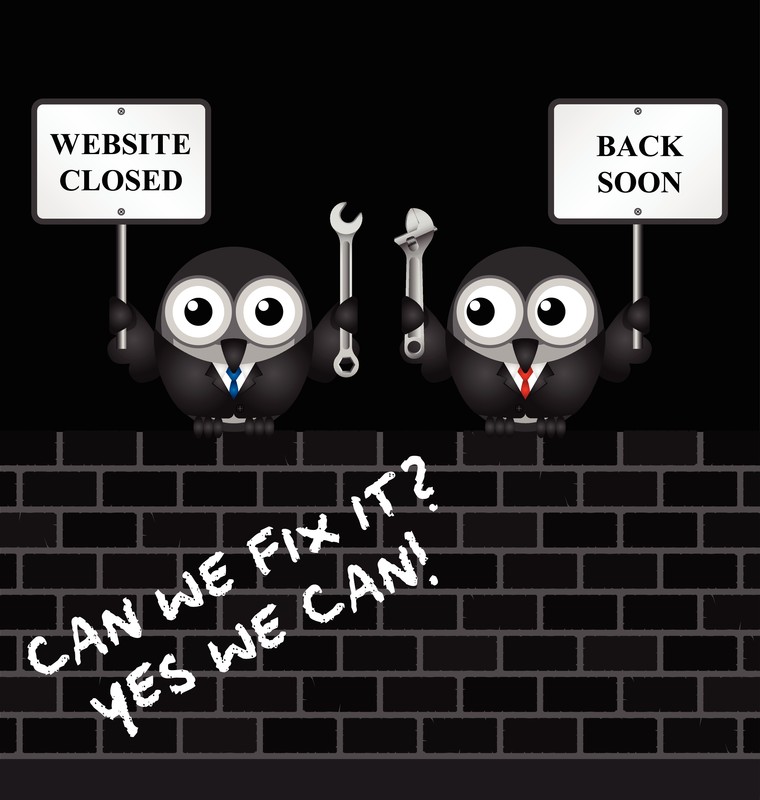 Note: I wrote this post weeks ago, when my website went down…again. I posted this on Patreon, but waited to post here until I had moved out of the hosting service that was causing all of the issues. I’m out now, but the website is still settling. The migration will take a bit more time to shake out, so please be a bit patient with me.

It’s tough to write my blog when my website is down…for the second time in two weeks. Both times had nothing to do with me and everything to do with the website hosting service, which is so monumentally incompetent that I’m speechless.

I learned a lesson during this incident. A big important lesson.

I have had a website since 1997. When I first typed in my web address, for an editorial in The Magazine of Fantasy & Science Fiction (which I was editing at the time), I got the http part wrong. I think I typed httb or something. It was so strange to me. I had no idea what I would do with a website, but I figured I’d figure it out.

Which I slowly did. Initially (around the year 2000), I decided I would make my website into an online “magazine” with regular content, and expected features. I did that for a while, before I settled into the recommended reading list, the free fiction every Monday, and a nonfiction blog every Thursday.

A lot of that early content remained on the website—which is important as you will see. But because I came to websites organically and very slowly, I didn’t have the benefit of automated programs and decades of advice that many of you had when you started up your websites.

In the early days, a friend hosted my website. Literally. Eventually he and his wife (wisely) got out of the business (although I suspect the hosting service caused their divorce), and I went to a few other small providers. There weren’t many in those days, and you actually could meet the owners. They were techy people who knew what they were doing, and were on the cutting edge of website design.

When websites got fancier, I ended up hiring the guy who designed Barnes & Noble’s website which was cutting edge back in the day, and stopped being cutting edge almost immediately. I upgraded grumpily and as needed.

That provider went out of business really fast. And so did the next and the next. Finally, after many recommendations, we settled on Bluehost.

We—Dean, my friend, and I—researched the crap out of Bluehost. Then we met the CEO, and did more research. It was one of the best mid-size providers in the mid-2000s. We signed on.

I built my website bigger. I had problems, but in those early days, Bluehost was responsive.

As the site grew, I ended up with weird problems. Bluehost contacted me about a problem about 2010 or so, because my site was using so much space. I was just doing my free fiction (which I took down every week), the recommended reading list, and the nonfiction plus the older stuff still lingering, but in no way was I using as much data as they said.

When I needed Bluehost, they responded. They were smart, savvy, and helpful. Also, available 24/7, unlike the friends or the smaller sites. That was so nice.

For years, I didn’t have to think about it.

Then, as you folks noticed, long about 2015, I started having serious problems with my website. It wouldn’t load fast. It would go down for an hour or two. Sometimes only a few pages would load.

The responses I got from Bluehost sounded clueless and blamey. They blamed me a lot for my lack of knowledge or for something I was doing. This is an old trick of the incompetent, but hey, I figured, I don’t know these things, so I hired a friend to deal with Bluehost.

She told me in no uncertain terms that their lower level techs didn’t know anything about anything. Those weren’t the words she used. In fact, she used one word, and it was a pejorative.

That was my sense, and I put finding a new provider on the to-do list. But I figured I would have time.

Then I got sicker, and lacked the bandwidth to deal with much. WMG Publishing took over dealing with the website (thank you, all!) and got more and more frustrated.

In the past year, my website kept going down. So we bought a higher package, one that put the site on its own server, and the problems got worse.

The site was down more than it was up. Bluehost couldn’t get the security forms renewed. They shut me down several times for their mistakes.

And then, at the end of June, they threatened to shut down for nonpayment, in July. Except…we were paid in full. They shut the site down because the security certificate wasn’t up to date…even though they were responsible for updating it.

It took WMG three days to get the website back up only to have the site go down on July 15, for nonpayment.

As I write this, the site has been down nearly 48 hours—for Bluehost’s mistake. It seems they can’t get a site back up, even though, in theory, I’m one of their major customers.

Well, in the intervening years, Bluehost went from a small owner-operated company to one that got eaten by a major conglomerate. When the CEO and founder left (or got pushed out), the conglomerate went through a CEO for Bluehost every year or so. Which is a terrible sign. That meant the conglomerate was interested in profit, not service. And boy oh boy, did it show.

I wasn’t paying attention. And I should have been.

I hired Bluehost in 2007 (or so). I was really happy with them through 2013 (or so). And then things went downhill. The blamey stuff happened, but I figured they had a bad employee.

Never once did I think to vet the company all over again. I should have started investigating what was going on with them just as a matter of course, just to make certain they still had a great reputation, or to see what kinds of problems others were having.

I should have done this even if I wasn’t having problems. After all, my website is important. I should have made sure that the host—the place where it was living at the time—was doing what they promised.

I won’t ever make that mistake again.

I’m going to spend the next few months migrating parts of my website to a new provider. I’m not going to move the whole thing. The ancient code, the potential viruses, the early early early posts, they’re all going to get left behind. [Note: They didn’t. It was too hard to do that way. We’ll be pruning the website here over the next several weeks, using a different method…I hope.]

The only things that will move are the business posts and the recommended reading list. Everything else will be consigned to the dustheap of the past.

And as I (and the kind folks at WMG) rebuild, we will be doing so with an eye to a 2018 website, not a 2010 website. We’ll make information easy to find. The weekly features will remain as well.

It’s going to take a bit of time, but it was something I needed to do. Bluehost forced me into it.

They also taught me a valuable lesson. Every few years, I need to re-evaluate every service that I hire to help with my business, not just to see if the service is doing well, but also to make sure the service itself is the same company that I hired a few years before.

Things change quickly in this modern world, and I really need to incorporate that awareness of change into my own business planning.

And so should you.

Just a reminder that this blog is reader-supported. So if you like what you see here, please share, comment,or consider throwing a few bucks into my virtual tip jar. You can do that with the link below, or go to my Patreon page.
And thanks, thanks, thanks for your support in this year of change. I greatly appreciate it.

“Business Musings: Website Issues,” copyright © 2018 by Kristine Kathryn Rusch. Image at the top of the blog © Can Stock Photo / Baz777.