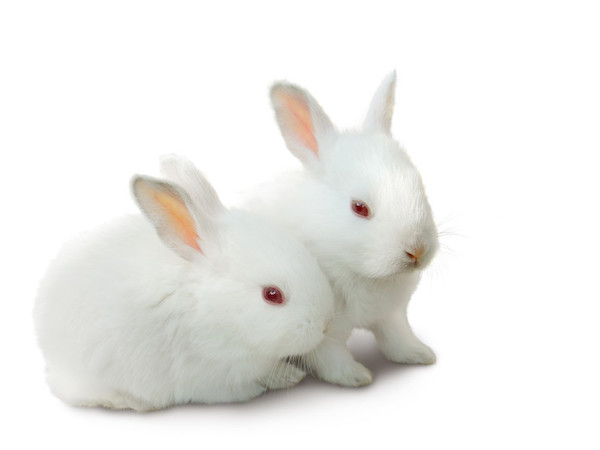 I could spend the next seven days on promotion and feel like I’m working at my writing full time. Seriously.

I have the Fiction River Kickstarter to promote. I’m in a Storybundle with a Diving novella that might get more readers to the next book in the series, which will appear in mid-September.  I have a brand new story in Alfred Hitchcock’s Mystery Magazine  that’s getting a bit of buzz—at least, if my email is any indication. My Smokey Dalton book Smoke-Filled Rooms has been reissued in a beautiful new edition in France.  I have three newsletters (minimum) to write, as well as this website to repair and fix up.

And that’s just the promotion side.

On the personal side, I took three days off last week to be with a friend while she visited. She had a vacation and I had a great staycation. It was lovely. This week, I have a play and a concert to attend (life is hard here), as well as two classes to go to and another class I want to try. And the weather is slowly cooling so there’s an entire city to explore once I can walk places again.

I realized just this morning how easy it is to avoid writing. Some of you would say that I am writing. Dean would. But I’m not, not even as I type this.

You see, back in my formative writing years, when I was working full-time as the news director of a radio station, and was making a living at the same time as a nonfiction writer, I decided that “writing” was new fiction words. If I didn’t “write” every day, I was screwing up. I had to make time to write fiction, and that’s how I did it.

I’m playing the same mind game with getting my 12,000 steps and running these days. Just because I have 8,000 steps for the day doesn’t mean I should avoid my 3-mile run. Running might count into my step total, but running is separate from steps.

When I get back to “writing” tomorrow, I will have taken five days off. Yesterday, I wrote a different blog post that was nagging at me. I didn’t really have a brain for fiction yesterday. (Chronic health stuff—oh, yeah! I have other things to promote as well, like a guest blog on…chronic health problems, and two appearances on podcasts—Joanna Penn’s The Creative Penn  and Len Epp’s Backmatter Podcast. Oh, yeah, and the Kickstarter that I’m not one of the founders of, but if it funds, I get to write a nifty story.)

So I wrote a blog, and did a bit of reading, and got myself organized, none of which I consider “writing.”

I decided to do a lot of the promotion today, and get as much done as I possibly could. When I’m doing things with other people, like a Storybundle or a Kickstarter, I feel bad if I don’t do my promotional share. I feel less bad if I forget to promote a story of mine, although I do occasionally miss the opportunity to promote much, such as with some of the stories I published in Asimov’s this year.

When that’s all done, I’ll turn my attention to planning the rest of the week. Because I do have concerts and classes and other fun things here in the city, I need to be efficient with my time. I also have daily exercise and oh, yeah! I need to spend time with Dean.

Not to mention the fact that Dean and I will be spending the week planning the schedule for the Business (Writing) Master Class. We ended up with a great line-up of speakers for our very first one here in Las Vegas, and now we get to figure out what we want to learn. Every year, we learn more and more, and I find that incredibly cool. So, we’ll plan that, and then promote it just a bit as there are only a few spots left in the class. (That’s October, if you’re wondering.)

So I’ll need to get up a bit earlier to hit my “writing” word count for the day, and not lose it to exercise. (Several years ago, as I got sicker, I prioritized exercise over “writing.” It was a great decision, because it kept me healthier than I would have been. I still do that. The exercise gives me more energy and I write more because of that decision…which is, still, to this day, counterintuitive to me.) I won’t short myself on sleep, but I will be vigilant about bed times and I will actually use an alarm to wake up, something I don’t normally do.

A busy week, in other words, is no excuse for missing my word count.

But oh, it could be. If I wasn’t vigilant about my time, I would lose about 10 days of fiction writing. I would be busy—promoting, concerts, staycation, blogging—but I wouldn’t finish the novel that’s one week from completion (yes, another. I finished the big Diving project in August, and I’m now finishing another novel I abandoned as I got ill). I have some short stories under deadline, two of which were already pushed back because of kindly editors, and I need to figure out the next fiction writing project. I have so many in various stages of completion. The sicker I got the past two years, the more I let slide. So I have a cornucopia of choices—and a desire to do it all.

Toward the beginning of the indie revolution in publishing, I wrote a blog about Popcorn Kittens, complete with video.

I compared all the opportunities in my brain to those kittens—take a look. Those kittens keep popping up at the camera, demanding attention.

I hadn’t really realized, though, that Popcorn Kittens can apply to all of the tasks that we writers now do in this modern publishing world. And that includes tasks that traditionally published writers do as well. They, more than the rest of us, are expected to blog and tweet and promote their own novels as if there’s not a multimillion dollar corporation already backing their work. (I am seeing fewer and fewer reasons to go traditional as each year passes.)

Worse, they have to do it on strict timeline for velocity’s sake. (Velocity is biting them in the ass in other ways, which I have written a blog about that will appear here in the next few weeks. It’s already on my Patreon, though {she writes, doing some gratuitous promotion, because that’s the mode I’m in}) We indies can promote and rebrand and take our time on a bunch of different projects.

Which creates more time sinks and more time away from “writing.” WMG Publishing is releasing a new version of an old novel of mine, FantasyLife, later this month, and I’d love to do some promotion on that, as well as on the new Pulphouse Magazine, which I haven’t promoted at all, and the next Fiction River. (Did I mention that one of the stretch goals in the Kickstarter is an open call for submissions from writers, something we’ve never done?)

I should be doing pre-publication publicity on Searching For The Fleet. Some of that publicity was in the can before I got sick. I’ve had a lot of stories from the Diving Universe in Asimov’s this past year, and each one promotes the book. I managed preorder news in my various newsletters, and I also managed to promote the various Storybundles that have Diving universe books in them (like the current Storybundle), but to do all that promotion other indies do when they have a new release? All the tweeting and the Facebook giveaways and the really nifty graphics and the signing up for promotional newsletters and remembering to talk about the upcoming book when I’m on a podcast…oh, man, am I falling down on all of that.

So really, on the publicity/promotion side, the image in my head is not so much Popcorn Kittens as it is Popcorn Bunnies With Nasty Big Pointy Teeth.

Yes, a Monty Python reference. And, as I look at the longer clip, I do think it is an appropriate metaphor for doing publicity. Look at how promotion surprisingly destroys the actual writing.

I like that metaphor. I like it even more now that I’ve mostly finished this post and see all of the links I’ve put in here. That’ll take me an hour or more. By the time I get to fiction writing tomorrow, I’ll be relieved to be there.

That always happens to me. I couldn’t sustain a week of publicity if I wanted to. I couldn’t go ten days without writing fiction no matter how many concerts or plays or movies I attend. I’m just not wired for it.

I know that wiring is trained. Just like runners who take a week off feel cranky and out of sorts because they haven’t been exercising. (Talk to someone who runs regularly and gets a knee injury—but stand some distance away. They’ll be grumpy.)

But I’m pleased I trained that wiring into place. I love writing fiction more than almost anything else. My job isn’t hard. It’s not even a job. It’s play. And who wants to avoid play?

The rest of this stuff—the promotion, the publicity, the constant striving to rise above all the noise—that’s work.

And has been, for me at least, for decades.

The nonfiction writing isn’t always fun. But these blog posts give me a place to think and work out what’s going on in my professional life. They also let me vent about things that irritate me, all under the guise of advice. I do like giving advice, but usually I’m doing it for myself—as a reminder that I should be thinking a certain way or learning about something or avoiding that particular pitfall.

Thanks for coming along on the ride with me. Because of how I’m wired (see above), I couldn’t continue doing this without your support. Some of that support is financial, but much of it is links and comments and shares and ideas. Thank you for those as well.

If you want to support the blog financially, please head to my Patreon page. If you want to make a one-time contribution, please click the Paypal link below, and add your email address so that I can say a proper thank you.

“Business Musings: Popcorn Bunnies,” copyright © 2018 by Kristine Kathryn Rusch. Image at the top of the blog © Can Stock Photo / Abv.