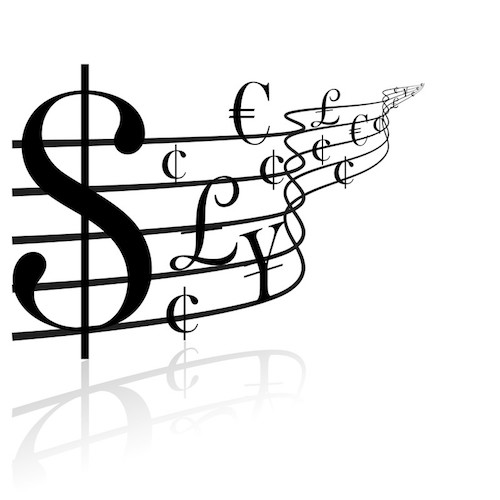 Aretha Franklin died in August. She was 76, and her death is a great loss. I have loved her music for as long as I can remember, and I’m so saddened by her death.

I’m also sad that she shows up in this blog.

Aretha Franklin died of pancreatic cancer, after being diagnosed in 2010, eight years before her death. She also had diabetes, although I didn’t dig deep enough to discover if it was Type 1 or Type 2. I want to say it’s none of my business, and really, it isn’t, except in the timing of her diagnosis.

But let’s simply stipulate this: Aretha Franklin had such serious health problems that had she been anyone on the planet, not just the Queen of Soul (“just” the Queen of Soul. God, I wrote that), she would have been told to put her affairs in order.

She had a minimum of eight years to do so. She might have had longer, given the diabetes diagnosis.

She had left four sons and I have no idea how many other family members. She left a lot of friends and even more fans. She left behind a music catalogue that has not yet been properly valued, but that’s just one piece of the gigantic mess.

Aretha owned the copyright to the songs she wrote. (Not all artists do.) She also occasionally negotiated the right to own a small piece of the copyright of songs she recorded but did not write.

In USA Today, her entertainment lawyer, Don Wilson, said this about this one portion of her estate:

It’s difficult to really assess what the value of that catalog is. Catalogs are sold at a multiple of net earnings and that multiple can range anywhere from 10 times to 20 times.

Net earnings. Which have already gone up (as these things do) after her death. Michigan law states that the children of anyone who dies without a will inherit equally, but with an estate this size—some estimates are $80 million, although who knows how accurate that is—you can be certain that any decisions of the court will be contested. For years.

Hendrix was 27. A number of people on USA Today’s list of famous musicians who died without a will include members of the 27 club (famous artists who died at age 27). I get dying without a will at age 27. At that age, you think you’re bulletproof.

But to die without a will at 76? When you’ve been ill for more than a decade? That requires quite a bit of procrastination, and not much thought to your legacy.

It’s almost impossible for someone to manage an estate when the estate is being litigated. Each decision gets litigated. People fight over what they think the deceased “wanted.” (And who really knows, after all?)

I’m heartbroken that Aretha Franklin’s estate now enters into this netherworld. Will we be discussing her ten years from now with sixteen year olds and will they ask who she is? Will her classic songs vanish from the airwaves? Will our cultural memory of her fade over time?

But managing an estate is a lot of work. It’s a job in and of itself. And dealing with the details of death are hard.

Even if you don’t have an $80 million estate, you will leave things behind. Dean and I had to deal with our friend Bill’s estate, and then, in early 2017, another friend’s estate—both of them collectors of great stuff and (in their declining years) hoarders.

With our quick move to Las Vegas, Dean enabled our heirs to dodge a huge bullet. We had a 5,000 square foot house overlooking the Pacific Ocean. When you have a lot of space, you keep things you have no business keeping. Shoes that you like but don’t wear any more. Paperwork that could have been tossed in 1998. More dishes than you would ever use.

In drawers and chests, I had heirlooms from my parents and grandparents and great-grandparents. I didn’t like most of those heirlooms, but I felt obligated to keep them. As we got ready to move, I reached out to my siblings and other members of my family. With the exception of a handful of items, no one wanted the heirlooms. As my sister said, the younger generation didn’t even know the people whose stuff that was.

She had already learned that lesson as she downsized. She couldn’t give heirlooms away either. And some of them were really valuable items.

I’ve kept a handful of things that mean something to me, and Dean has done the same. But we’re not taking in new items unless we get rid of something of similar size. We’re in a small space now and, as Dean says, we’ll only have one U-Haul to move if we want or have to.

It feels good. It feels light.

And now, our heirs won’t have to dig out the house and figure out where the valuables go or how to sell them. We’re selling them in our retail stores or on eBay or giving them to people who will value them.

All of those things would have happened when we died. Our heirs would have been responsible for the stuff. If we had chosen the wrong people, they would have tossed millions of dollars worth of items into a landfill. As it is, it will take us years to divest, but we have the ability to do so.

It’s amazing what you accumulate over the decades. You don’t even think about it.

And as creative artists, we accumulate as well. I was trying to explain this to a younger (in experience) writer yesterday, and it was clear that what I was saying meant nothing. But I can’t even remember the name of some of my stories. The details of novels sometimes get lost to time. I need to examine the contract for one of my 15-year-old novels, and I’m going to have to track the dang thing down. My memory of that contract might have nothing to do with what the contract actually says.

Between the two of us, Dean and I have thousands of pieces of IP, and each one divides into even more pieces of IP. I can relate to what that entertainment lawyer says about Aretha Franklin’s estate. Valuing it will take years. And because of the changes in Silicon Valley, and the rise of IP as part of business models, IP valuation has become a big thing—not just for estates, but for existing businesses. Within the legal and accounting professions, arguments are raging about the best way to value IP. The best way to value IP changes from day to day, week to week, and year to year.

And changes within the estate itself. Right now, Aretha’s estate is more valuable than it was a month before she died. Death does that. Her death made her fans buy their favorite songs, listen to their favorite albums, watch their favorite appearances of hers.

If her estate ends up being well managed, her estate will be worth more two years from now than it is now. Look to the Elvis Presley estate for that. When Elvis died, he was worth $4.9 million. His ex-wife Priscilla managed the estate for her daughter Lisa Marie, and raised the value of the estate dramatically. When Lisa Marie inherited, in the mid 1990s, the estate was worth $100 million.

But…and you knew there was a but here, right? Lisa Marie did not manage the estate herself the way her mother had. Lisa Marie hired money managers. And guess what? She’s now suing her money manager for squandering the fortune.

I harp on this stuff all the time in this blog. As an artist, you need to learn fiscal responsibility. But as an artist, you also need to think about the future. And, sadly, in the future, you will die. Your estate will pass on to someone, be that family, friends, a charity or the state. If you don’t care, then your work will go to the government and your legacy will die. If you do care, then you need to write a will.

But just as important as writing a will is finding someone who can handle your estate. Priscilla Presley could handle Elvis’s estate, but Priscilla did not prepare her daughter for the burden that would fall on her when she inherited.

Aretha Franklin didn’t prepare anyone to take over her estate. And heaven knows what’s happening with Prince’s estate right now.

I still have a CYA will, but I have one. And I’ve moved to Nevada, a state that respects intent. So as I change over the will to something more to my liking in 2018, I have made my intent clear to my attorneys and to my heirs.

I’ve also checked with my heirs, to make sure they want the burden of thousands of pieces of IP landing on them some day in the (distant, I hope) future. They do, and they will handle it well. But I’m training them, because I know what a burden this all is.

So, when you hear about these celebrity deaths, use them as a way to check on the health of your own estate. Mine is healthier than it’s been in a long time, thanks to Dean and our decision to move away from our big house overlooking the ocean. We are cleaning up our own mess. So many people don’t.

And we hadn’t even realized how bad it was until we were in the middle of it. We’re both happy that we were the ones to deal with it, rather than leaving it to our loved ones.

Consider that too as you evaluate your estate.

I know it’s hard. But it’s important. Not just for you and your legacy. But for those you love as well.

Thanks, everyone, for the letters. I love the interactive nature of this blog. You folks rock!

“Business Musings: Too Much Stuff (Estates Again),” copyright © 2018 by Kristine Kathryn Rusch. Image at the top of the blog copyright © Can Stock Photo / Orson.

18 responses to “Business Musings: Too Much Stuff (Estates Again)”