Business Musings: I Had No Life (The December Process Blog)

Business Musings: I Had No Life (The December Process Blog) 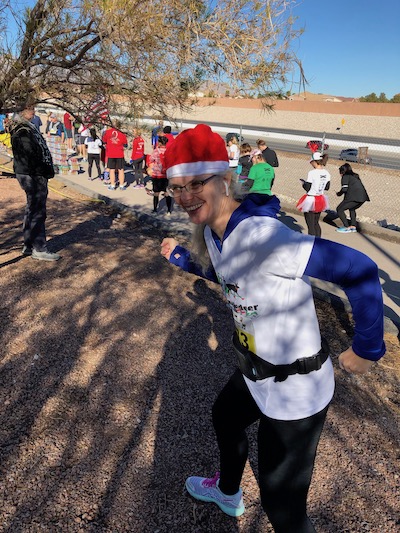 A few weeks ago, I asked my Patreon supporters to let me know what they thought were the big take-aways in 2018. Since I had so many life changes and adventures in 2018, I wasn’t able to keep up on everything in the industry the way I usually do.

The Patreon folk came through, and I have a list, which goes with my Master Business Class list. I have to put all of that together this weekend, and keep track of Christmas stuff, and get together with friends, and do research for a big short story that I agreed to, and research yet another one, and, and, and…

I’m not really overwhelmed, but I am a bit discombobulated.

I used to have all of December to do a lot of work. In Lincoln City, there wasn’t much holiday stuff available besides the things we put together ourselves. Traveling across the mountain in all the storms wasn’t easy, although we did it a few times that month to enjoy the holiday elsewhere. We couldn’t even attend the holiday movies without driving over that mountain, because the local six-plex turned off the heat in the winter. (I kid you not.)

Here there’s quite literally too much to do. Every business has something that will attract the locals. I just found out about some we’ll have to attend next year, because we didn’t even know the event existed before it happened. I’ve spent so many years without the ability to celebrate the holiday that celebrating the holiday is—to me—mandatory.

And fun. The Santa Run, last week’s Reindeer run, this week’s Reindeer run. Stopping at my favorite bakery for sugar cookies (she wasn’t going to make them until this week), seeing the sites at various places, the Nutcracker at the Smith Center, and holiday movies galore! We have reservations for a special Christmas Day meal, and reservations to join the madness a few blocks away on New Year’s Eve.

All of that remains important to me.

And what goes through my head is this: People used to ask me how I got so much done, and I would laugh and say, I have no life.

I meant I didn’t have kids and grandkids and a Real Job, but it also turns out that in that tiny town, I had no life. The months were wide open. I didn’t have a lot of choice about what to do.

Now, I have choice, and I’m exercising it. And enjoying it. And trying not to 1) overdo and 2) underdo. In other words, I’m trying to maintain balance.

And I’m healthy again—as long as I stay here and don’t travel. Yay! I have more energy than I’ve had in years. 5,000 word days are usually a minimum, not a maximum, and I’m getting a lot done, around the visits to weird restaurants and walks to see what’s going on in different parts of town. So in reality, I’m getting more work done than I did when I had no life.

It just feels like I’m not getting as much done.

What hit me this past week, and why I’m doing the process blog before I dive into the year-end stuff, is how much I abandoned in order to get anything done.

I started getting really sick in 2012, and the illness fluctuated in intensity for the next six years. It became untenable exactly a year ago. (I remember the day; I got sick at a birthday gathering for a friend, and it all went downhill from there.)

The anniversary of the dark times came home to me as the date rolled by on my calendar, but ironically, as that date was rolling past, I was doing a project I had put off for five years.

I was compiling the Kristine Grayson novels into four omnibus editions. Earlier this month, I had turned in Hidden Charm, the first Kristine Grayson full-length novel in six years. I wanted to rebrand the entire series.

So, as it became clear (around 2012) that I wouldn’t immediately get the rights to the standalones back, I planned the omnibuses.

I just didn’t have the energy to do them. So I didn’t.

I did them this past week. And, in the introductions to the as-yet-untitled Omnibus #4, which includes the two original novels that the traditional publisher still has in their mitts, as well as Hidden Charm, I wrote about the hideous, horrible, awful, terrible, disgusting, and revolting publishing experience I had with said traditional publisher.

Yesterday, I compiled those introductions into a long post, and put it up for my Patreon people. If you support me on Patreon, you can read that post before the omnibus hits print sometime in 2019.

In addition to doing the introductions, though, I also found the guest blogs I had written for the blog tours I had done during 2011 and 2012.

The guest blog posts (which are going to be in the first omnibus and the fourth omnibus) are filled with my plans for Grayson—the books I wanted to write next, the side series I wanted to do, some off-shoot shorts that were on the agenda.

I was stunned at reading those. I hadn’t forgotten the projects, but they had slowly fallen off my radar. Some of that was because of the hideous, horrible, awful, terrible, disgusting, and revolting publishing experience I had with that traditional publisher. I simply couldn’t face writing any Grayson novel after what I had been through. Some of it, though, was due to my energy level.

I had to keep whittling my projects down because I didn’t have the energy to finish most of them.

I hadn’t realized it went so far back.

One of the first things I did this fall after finishing the big Diving novel was start the next Kristine Grayson novel. That thing flew out of my fingertips. I had to refresh a bit on the project, but it felt like I had never left. And it cleared my palate of the hideous, horrible, awful, terrible, disgusting, and revolting publishing experience I had had. All of the other projects came roaring back.

It surprised me to see that I had planned to start the novel I had just finished in late 2012. That’s when everything Grayson went down for me. I managed to write some of the Santa stories I wanted to do (that’s why the Santa series exists and the three Interim Fates novels).

I think those two projects could slip through my mental radar partly because they had nothing to do with the project that got caught up in the hideous, horrible, awful, terrible, disgusting, and revolting publishing experience I had had.

But all the remaining stories in my head were tied to it, and to the fact that my sense of humor was slowly fading with my health.

One of the reasons I posted those introductions on the Patreon page was because I felt that writers should see how even long-term professionals can be damaged by bad publishing experiences. I have a few others in my pocket that I have to work through. I’m doing active preparation on two of them right now, which startles me.

Before that, though, I need to catch up on the year. The research starts as soon as this post is done (and I finish today’s run [running kept me alive {literally} in those last years in Lincoln City]). Then I turn my attention to all of the shorts I planned, before I get to the next big novel project.

Oh, and I do have to revise that big Diving project. I worry that it is a bit repetitious, since I wrote it under such difficult circumstances.

So…the process right now is trying to find a work-life balance. I didn’t have one before because…I had no life.

I’m kinda flailing on this one. But I do find I’m enjoying myself a great deal more than I have in years.

I know a lot of you deal with this as well. So tips and suggestions in the comments section would be welcome.

Thanks for listening. And now…on to research!!!

13 responses to “Business Musings: I Had No Life (The December Process Blog)”