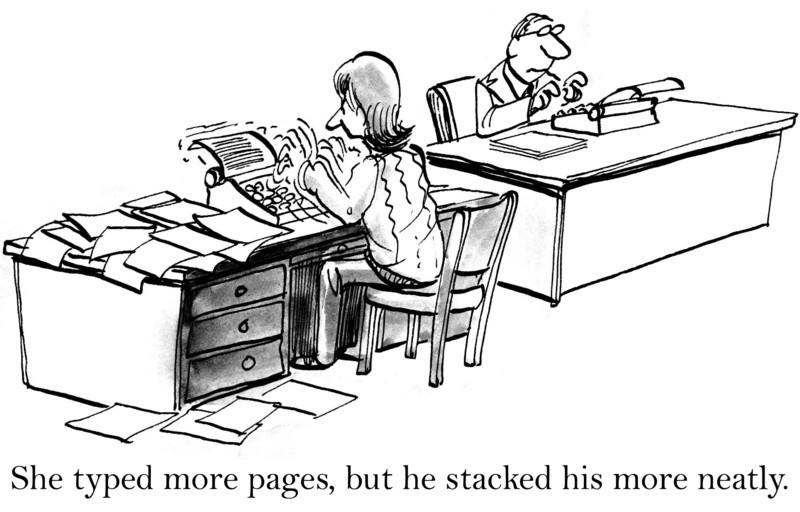 Note: I have just written a short book titled Writing With Chronic Illness. The book will appear in mid-April, just in time for my annual spring Writing Storybundle. I’ll be excerpting three chapters from the book on this blog. There’s a lot of material in the book that’s not available on the blog, but I feel this post, and the previous two are general enough to appeal to everyone.

When Dean and I first got together, we had a long discussion about careers. We were both new writers at the beginning of our careers. And we knew that our careers would not end up being the same. We had a long series of conversations about what we would do when one career was ascendant over the other.

Good thing, too. I won the John W. Campbell Award for Best New Writer shortly after we got together. For about ten years, I was on all the award ballots. Dean’s books sold more copies, but I got more attention.

Right now, he’s the one who is getting attention. He has done videos that have gone viral. His Cold Poker Gang series sells like crazy.

If we hadn’t been aware of the potential differences in our careers from the very start, we probably would not have been together for more than thirty years.

Comparison is a natural thing. It’s how we learn. Watch toddlers sometimes. They mirror their parents, sometimes literally— trying to sit like Daddy or moving their hands (or trying to) the way that Mommy is. We look to others to see what’s possible.

It’s hard to stop doing that, particularly when we’re only seeing others from the outside. It still surprises me when I hear very successful people talk about their struggles. The skier Lindsey Vonn has been upfront about her injuries and her goals, how she managed her profession day to day while dealing with so much pain that I can’t quite imagine it. Yet to look at her, pretty, blond, smart and athletic, without knowing any of that, you’d think her life is perfect.

Writers are even more mysterious than celebrities. You see their output, but not their daily struggles to get it done. Everyone puts a good face on what they’re doing, particularly on social media. Sure, a handful of people log onto their accounts and outline how depressing their day is, but most only talk about the highlights.

But the struggles? They’re personal. Not to mention the fact that I’m not the most touchy-feely person. I would prefer to discuss books than health problems—mine or anyone else’s.

That makes comparisons even tougher.

I’m considered prolific. So from the outside, I look like a writing machine to many writers.  I’ve heard that over and over again: How I’m so dedicated and strong and am all about writing.

It doesn’t feel that way from the inside. I don’t write nearly enough. I never get to everything I want to do. I feel like I’m doing things other than writing most of the time.

It’s even harder considering that I live with an extremely healthy former professional athlete. Dean, even as he ages, gets more done in a single day than some people do in six months. If he sets a goal of 10,000 words per day, he hits that goal. He doesn’t have to stop because he got brain fog or needs extra sleep.

He did suffer from severe migraines when I met him, and that did slow him down, but he had such a healthy base that he could do amazing things on the days he wasn’t down with a headache. I never had that healthy base.

If I compare my daily word count to his, I always fall short. He can be much more consistent than I am and he can write more. He’s a sprint writer, though, so he often stops to do something else. I wish he wouldn’t, because I love his work and want more of it, but I understand.

I suspect the sprint writing is his way of resting. He goes hard and then takes time off, just like the running guides tell you to do when you’re in training for a sporting event. You work hard, then you taper. You do the event, and rest afterwards before starting hard training again.

That’s his history as an athlete and he took it to writing.

I couldn’t do athletic things as a younger person, so I learned how to write around illness, rather than the other way around.

The comparisons end here, though, because they’re not useful. No matter how hard I try, I can’t do things the way he can. And no matter how hard he tries, he has been unable to break the start/stop sprint aspect of his career (careers). That’s his work method.

Most writers aren’t lucky enough to live with another writer. They don’t get into the nitty-gritty of someone else’s routine. Most writers have the Imagined Routine of Favorite Writer or Role Model and then their own routine. And their routine never measures up to the imagined routine.

So rather than let the comparisons overwhelm, try this.

Dean actually taught me that early in our relationship. I have since learned it’s another sports thing. Once I started running five days per week, I realized that all runs are not created equal. Some are great; some suck. And getting to the run isn’t easy either. Some days, that’s all I want to do. Mostly, though, the running, like my steps, is a serious inconvenience. I would so much rather sit on my butt and write and read or go to a movie or go out for a meal or spend time with Dean.

But all the running guides point this out: if you go out for 10 minutes (even if your normal is an hour), count that as a victory, especially on the tough days.

Here’s the secret: if you go out for ten minutes, you often do your usual run.

That was a great rule of thumb for me with the running because it got me out, even on rainy days (up north) and on days with the beginnings of a migraine. On the rainy days, I’d often have the most fun, because running in the rain makes me feel like a little kid. I actually run and laugh. (Even here: I did a 5K in February and it rained, and I found such joy in getting wet.)

However, with the headache, I was never certain if I could run until I tried. Sometimes I’d run for ten minutes, and the headache would get significantly worse. A few times, up north, I’d start the run and realize I would have trouble making it home. On those days, I’d run toward the WMG offices, which were a mile from my house. I could always get to WMG and catch a ride home.

That sounds like a defeat, doesn’t it? My run ended because of my headache.

But I never saw it that way. I would get a half mile of running, usually, and some walking, as well as some fresh air. Considering how ill I was, that was a victory.

I learned to apply that attitude to my writing as well. If I was really sick, and I managed to get 500 words on a day when I could barely crawl out of bed, then that was a victory. It wasn’t a qualified victory. It was a real victory.

What do I mean by a qualified victory?

I mean this: Considering how sick I was, that was pretty good.

500 words that day was great. It was amazing. And I pat myself on the back for getting that much done.

Sometimes I pat myself on the back for the planning. Yesterday, for instance. I had a busy day. I had a yoga class in the morning, and Dean and I had some planned time off in the afternoon—going to see a movie. We also planned our steps at the local mall, to do some browsing.

But I want to finish this book, and I had a hunch I’d be too tired when I got home. (Turned out, I had a migraine from some perfume. Which I found ironic, given that I’m working on this book.) Since I knew I’d be busy, I got up early enough to write one of the chapters before I went to yoga.

And sure enough, that was all the writing I managed yesterday. But I was and am happy with that. I planned well, and that’s a victory.

A friend of mine has a saying about certain people. He says that they can find the dark cloud in any silver lining.

In other words, they can make any positive experience negative.

I sure get that. It’s really easy for those of us who suffer from a chronic illness to beat ourselves up for all of our body’s failings. In fact, that’s often the default for us. It’s about what we can’t do rather than what we can do.

I’m as guilty as anyone else of that.

But mostly, I try as hard as I can to savor the silver linings. And the rainbows. And the sunshine.

And that keeps me going, even on the hard days.

So stop comparing yourself to some imagined ideal. Start celebrating what you accomplish. Make a list of your daily victories.

You’ll be surprised, over the space of a year, just how much you’ll accomplish.

And how much fun you’ll have doing it.

As I mentioned above, this is part of the book Writing With Chronic Illness that will appear later this spring. If you support my Patreon at the $10 or above level, you’ll get this book (and others that I write while doing this blog) for free. If you support at the $5, you’ll be able to see some Patreon-only content, including one other short essay that’s part of the book, but too short (in my opinion) to be part of this weekly blog.

The next two posts will be from the book as well, unless something major happens, the way it did last week, with the whole plagiarism scandal. Then I’ll bump the chapters back to accommodate the news items.

And…since I’m mentioning Patreon…here’s the weekly reminder that this blog is reader-supported.

“Business Musings: Comparisons,” copyright © 2019 by Kristine Kathryn Rusch. Image at the top of the blog copyright © Can Stock Photo / andrewgenn.