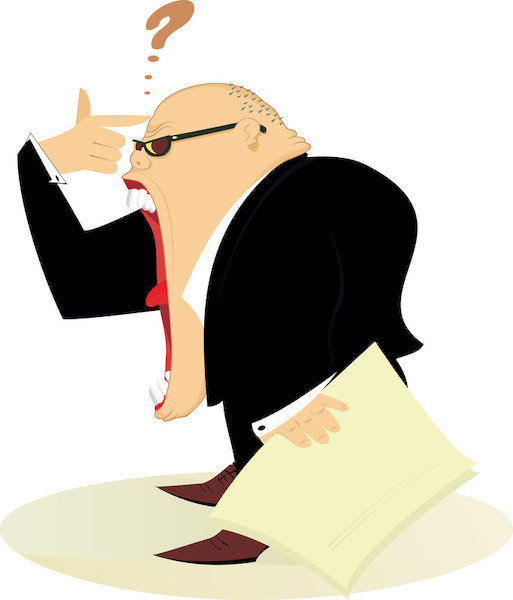 For years, Dean and I have taught that the critical voice is the enemy of the creative voice. I actually use a diagram when I teach that illustrates the point.

It comes from this observation: Human beings crave stories. We do most everything in storytelling form. Learning often comes in the form of storytelling. If were lucky enough as children to have literate parents, they probably read to us (and our siblings) before we could even speak.  Even if our parents didn’t read to us, most everyone writing today can’t remember a time without television. I’m sure all of us were plopped in front of the TV in the hopes of a major distraction from whatever we were doing to annoy the adults.

We absorbed stories from the moment we were born.

Then, long about age ten or so, earlier if our families had some kind of cutting wit, we learned how to be critical of stories. We were taught that not all stories were created equal. Some were acceptable and others were not.

We absorbed that lesson too, but it came later.

So our creative voice—the one that naturally knows how to tell a story—started learning before we could even walk. We often call that voice the subconscious because it communicates in a nonverbal way some of the time—and, like a child, retreats in the face of criticism.

Writers who get caught in the rewrite trap are deeply entwined (and usually invested) in their critical voice. They often use that voice to stifle and destroy the creative voice. The critical voice takes all the joy out of writing—which is often the very reason we started writing in the first place.

I usually tell my students that the critical voice is the parental voice. They should watch parents interact with their toddlers to understand where that voice came from, and why it gets so deeply ingrained.

The parents’ job with a toddler is to prevent that cute joyful creature from killing itself by walking into traffic or pulling a hot oven door open or grabbing the sharp edge of a knife.

The toddler’s job is to enjoy the world, learn it, and experience it in all its glory. Because that’s a dangerous job, we learn to trust that parental voice quite young. That gives the critical voice too much power when we’re old enough to decide for ourselves what is good and what is not.

And that’s the sum of the lesson we teach the students. We also get them to write fast, not rewrite (fiddle with words), but redraft (write it again from scratch) when they don’t like what they’ve done, and so on and so forth.

I figured I had a pretty good handle on critical voice until I read this article from 2016 by Maria Popova. She reviews a book titled Unforbidden Pleasures by Adam Phillips, which I hadn’t heard of, let alone read.

Much of what she quotes from Phillips, and many of her own ruminations, are familiar to me. They’re things that I’ve worked out on my own, or with the help of Dean, or from other essays on art and exercise. (You can’t run properly if you’re terrified of putting your foot down wrong.)

But this little interaction—these two paragraphs—have stuck with me since I read the article in March. I’m going to give it to you in two parts.

But this self-critical part of ourselves, Phillips points out, is “strikingly unimaginative” — a relentless complainer whose repertoire of tirades is so redundant as to become, to any objective observer, risible and tragic at the same time:

Pay attention to the description here of the critical voice as a person. Not a person we can understand, like a parent trying to save a child. But someone you would meet as an adult: a relentless complainer whose repertoire of tirades is so redundant as to become, to any objective observer, risible and tragic.

“A relentless complainer.” I don’t know about your critical voice, but that truly describes mine. I was raised by an OCD woman whose main focus was on cleanliness. If there’s a spot of dirt in my beautiful kitchen nook, which overlooks the city, and is usually filled with sunshine, I’ll see the dirt and if I’m not careful, I’ll hear my mother’s voice, complaining about how that dirt “ruins” my nook.

The nook is just fine. And the dirt is probably nothing more than a smudge. But I’m not enjoying the sunshine or the beauty or the constantly fascinating way the city changes. I’m letting a smudge spoil my moment.

Because I’m listening to that self-critical voice, that relentless complainer.

Here’s the second paragraph from the Popova article. This paragraph actually quotes from the Phillips book. And if you thought “relentless complainer” was harsh, read this:

Were we to meet this figure socially, as it were, this accusatory character, this internal critic, we would think there was something wrong with him. He would just be boring and cruel. We might think that something terrible had happened to him. That he was living in the aftermath, in the fallout of some catastrophe. And we would be right.

I have met this person socially. I know a number of people—and so do you—who are absolutely miserable, who get their favorite cake on their birthday and complain that there’s no ice cream. Who sees the world in shades of gray, instead of its vibrant rich colors.

This person knows how to make a witty cutting remark and has no qualms verbally destroying anyone in their path. This is the kind of person you rescue tender-hearted souls from. You don’t let children near this person for fear this person will say something so mean—and memorable—that the kid will never get over it.

And we let this person live in our heads.

I let this person live in my head.

Lately it’s been a constant battle for me to silence my internal critic. As I’ve gotten healthier, my internal critic has been appalled at how ill I was—as if it was entirely my fault. Granted, I probably should have taken a few steps earlier than I did. But I had no idea that the move would help me recover as much as it has.

And as I’ve recovered, I’ve realized just how sick I was, and how much I let slide. I was raised by an insecure perfectionist, so letting things slide is a bad, bad, bad thing in the world of my creative/critical voice. When I’m balanced, I don’t mind letting things slide. I know what I can and cannot do, and I usually have a good retort for that malicious critical voice.

But retorts haven’t worked as well lately, because on some level, I blame myself for getting ill. (Wonder where that comes from. Dunno, and not sure I want to guess.)

Since I came across Phillips’ description, I’ve been thinking hard about the creature he portrays, wondering why I’ve let a person like that have so much control over something so valuable to me—my creativity.

Ironically, my critical voice is under control compared to most writers. I know that the critical voice—that “relentless complainer”—has no creativity in him. He’s nasty and cruel and bent on destroying joy.

So why do we let him in?

I’m not entirely sure. The article has some points on this—that we value complaint over enjoyment, which is something I’ve noticed.

The other thing I’ve noticed over the years is that it’s easier to complain about things than it is to do them. Easier to pick on someone else’s efforts than to make efforts of our own.

Again, look at Phillips’ description of that internal critic. If we were to meet him socially, we would think him boring and cruel. And we do, when we meet people like that. We go out of our way to avoid them.

So why do we recreate one in our psyche?

I don’t know the answer to that, but I’ve discovered a new way of banishing my critical voice. I imagine this “relentless complainer” as if I’ve seen him at a party, and I mentally walk away from him.

I don’t want people like that in my day-to-day life, so I’m going to do the best I can to root him out of my own head.

It’s not easy. I’ve got almost fifty years of training that tells me the “boring and cruel” voice is better than my own childish joy at storytelling. But I have always believed children should be nurtured, so I’m trying to set in my brain the image of that internal critic berating my inner two-year-old. Nothing makes my adult self jump into a fight faster than someone mistreating a toddler.

Which means that so far, this little imaginative exercise is working for me.

I just have to notice the abuse when it happens.

Or rather, notice that relentless critic when he’s at the door, not when he’s in the house, berating the children.

It’ll take practice, but I’ll get there.

And I hope you will too.