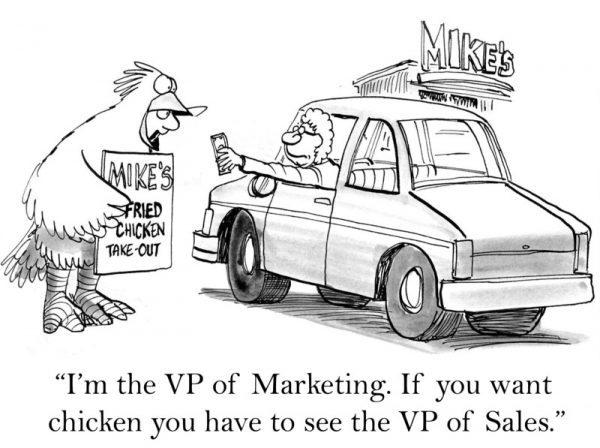 As I write this, the Las Vegas Licensing Expo is over three weeks away. When this goes live, it’s less than a week away. The expo, which is the biggest of its kind in the world, puts licensors together with licensees, and allows people with intellectual property to perhaps license it to someone who wants to produce some kind of derivative work.

If you didn’t understand any of that, then you need the Copyright Handbook.

I went to the Licensing Expo last year by accident. A friend of mine has attended for a long time, and we were getting together. By the time I finished walking the show floor, I realized that Dean and I needed to go, and we needed to represent WMG Publishing as well. Initially, I wanted a WMG representative there, but I changed my mind as the year went on.

Most writers do very little licensing of their work. Book agents don’t know much about this kind of fair either. Book agents tend to license foreign translation rights, movie/tv rights, comic book rights, and gaming rights if they license anything at all.

Back when I was agented, I had two agents who licensed foreign rights and, sadly, both agents (or agencies) embezzled from the foreign rights. Neither agent managed to license movie/tv rights, and one blew several opportunities that I stupidly sent to her.

Since I fired my agents, I’ve had several movie and TV deals. I currently have three large ones ongoing right now. Even though I’ve had interest on some properties in the gaming world, nothing has come to fruition, and no comic book company has come to me to license my properties.

After I attended last year’s fair, I realized that Dean, WMG, and I could be proactive and sell a lot of licenses for our various brands. I wrote a bit about this after I attended the fair last year.

I left feeling overwhelmed, and told Dean that 2019’s visit to the fair would be the year of learning. We signed up the moment the Licensing Expo opened in December, and invested a few hundred dollars to get the track that included Licensing University.

Licensing University runs concurrently with the fair, and has classes in marketing, licensing, contracts, negotiation, trends, and more. I figured that we would spend most of our time walking the floor, and learning about this part of our business, seeing what the opportunities are, before we blunder in and try to conduct business.

Then, in January, I received the opportunity to take part in a beta course that did some training early. I was just settling into the beta course, when WMG hit a major snag. Our CEO, publisher, and graphic designer, Allyson Longuiera had a major health emergency.

As I write this, she’s still not fully recovered and won’t be in the office until after the expo is over. (She’s doing well, however.)

Thank heavens we didn’t buy her way into the Licensing University or expect her to go to the fair with us.

Unfortunately, that calamity, along with a few other things, put us very far behind in Expo prep. It was the one thing that could be pushed back in those 18-hour days after her diagnosis.

By the time I surfaced, it was the end of April, and, the woman running the course warned me that we were running out of time to do our planning. We were definitely behind in setting up meetings with licensees at the fair.

I freaked out. Realize that I’m the kid who did her homework early, so being behind was not something I was used to at all.

Dean and I zoomed through the course. I will discuss some of what we learned after the expo itself, because I’m not sure how much I’m cleared to say.

But one thing I did realize was that yes indeedy do, we were behind. But not necessarily for the reasons the woman running the course thought.

Let me back up.

One of the services that the Expo provides is a matchmaking service, that runs like computer dating. You put your interest into the match service, and it spits out potential matches based on what you did.

I looked at that in January, had no time to set it up, and decided to wait. Then the course happened, and I got even more freaked out about how to do it. Finally, I bit the bullet and filled out all the match information.

I assembled all the information I could on our IP and our company and put that into the profile. I bent the categories to fit us, and I made it clear that we were not interested in licensing anyone else’s IP.

One of the most important things to do, the woman teaching the class told me on the phone, was to go through the list of courses for Licensing University and block off time, so that we could attend those courses.

Dean and I sat down with the list one lunch, and discussed what we needed to learn. We ended up with time blocked off, and I put that into our schedule.

Then I hit the match button…only to be informed that I needed to pay another $400 to use the service.

I’m sure they told us that back in January. I’m sure I forgot it. Or maybe dismissed it.

Because initially, we had decided to do this as an exploration, not try to license anything. As the course progressed, I felt that licensing might be possible, even this year.

So I considered the $400. I got preliminary matches, and realized I had no freakin’ idea what the job titles meant. Yeah, I could meet with someone from some company, but was it the right someone? And how would I know?

I am perfectly willing to make a mistake as we learn this stuff. And the friend who had taken me to the expo in the first place mentioned, with great irritation, that a lot of the people he deals with are corporate drones (his word) who either move up the ladder or move to a different job, so he can’t count on the same people being in the same jobs from year to year.

In other words, my mistakes wouldn’t be all that memorable, even if I signed up with the wrong corporate exec or approached the wrong company.

But I wasn’t ready to make those mistakes. I’ve learned over the years that the best mistakes are the ones that occur when I kinda-sorta know what’s going on. Then I can evaluate the error.

If I know nothing, I have no idea exactly what the error is.

I talked to Dean and we both decided we were better off avoiding the matchmaking service this year. We weren’t worried about wasting the $400 so much as we were concerned with wasting time.

And then there was the matter of the agents.  A lot of the matches we got were with major agencies that would handle everything from licensing to brand management. Long-time readers of this blog know how I feel about most agents.

However, I’m aware that properly used, some agents in non-publishing related areas might actually provide a good service. (Real estate agents, for example.) I’m not educated enough about the esoterics of licensing yet to know how to hire an agent and use that agent properly.

So Dean and I both decided that we would return to our initial plan. 2019 is the year of learning about licensing through the Expo.

But the beta course and much of what we learned in our crash course the past few weeks led us to a slightly different realization.

I knew some of that after last year. I was stunned at how business-card-centric the expo was. It still is. So, we got business cards for the first time in years. Mine are tiered—with phone number and without phone number. I don’t believe in negotiating over the phone, so having a business card with email only helps with that.

We had done that basic prep, but we needed more. We needed some sales material.

The thing is, we have over 1,000 pieces of intellectual property. There is no way we could produce anything that would make our various IP interesting or inviting, not even if we had the whole year to prepare.

So after we crammed the course, Dean and I figured out which pieces of IP needed our focus. We decided on three series of mine, and two series of his.

We’re in the process of putting together sales material, using the information we learned in the beta course. The questions that the course said licensees will ask are the questions we are answering.

Ironically, I had just finished putting together something similar for the TV option in my Diving universe. My partner in that process needed more information, and she hit on the very things that I needed for the licensing expo—two weeks before Dean and I decided to assemble the same thing.

We need most of the month to put together materials for the five series we’ve chosen. We let the staff at WMG know that they’ll be on this until we feel ready for everything for the expo.

Dean and I needed to do some hardcore thinking and study before we got to the expo, just to figure out what we wanted from the expo. We changed from learning only to learning with the possibility of perhaps starting some licensing discussions.

I will be blogging about this on my Patreon page, just like I did for the Consumer Electronics Show. This particular post went up on Patreon shortly after I wrote it.

Dean is doing something more formal. He’s doing a Learn-Along course that includes videos and all kinds of other things. There’s still time to jump on board.

I’m thrilled to have this learning opportunity so close to home. I’ll share what I can as soon as I can.