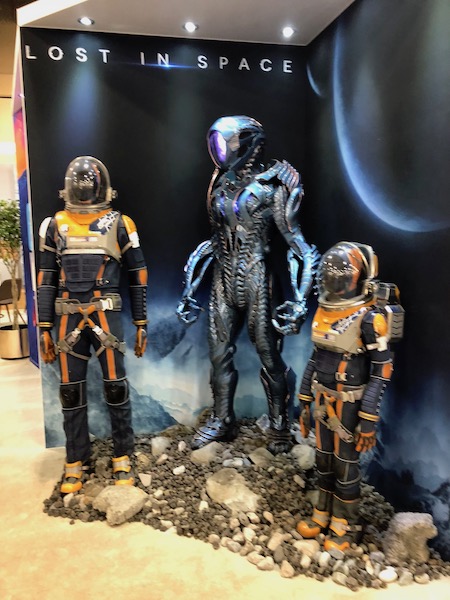 When a writer dies, usually one of three things happens to her writing estate:

Some of these licensing entity estates are well managed or at least have hands-on management by someone connected to the estate. They make decisions that are best for the estate, and not necessarily what’s best for the fans.

These estates often have trademarked parts of the estate—the main character of a series, for example, or the world the author created. Those trademarks are also kept fresh and reused in a variety of ways.

Active licensing estates are rare, and they usually have movie or television properties attached to them. Sometimes, what seems like a good author estate with licensing isn’t the author at all, but a studio or a gaming company or a comic book company that has a trademarked interest in the character or title (and is a different trademark than the estate, or maybe the only trademark in existence).

Because writers are bad with business, and they have this airy thought that they want their work “to live beyond” them, they let their book agent handle things or maybe give it over to their publisher. Even if they do set up their estate properly, they might not have the right managers to handle the estate after the writer dies.

Take a look at last week’s post. It’s a necessary prelude to what’s in this post. Much of it came as a series of lightbulb moments at the Licensing Expo in early June.

And here was something else that hit me in the middle of the damn classes at the Licensing Expo.

If writers look at licensing at all, they assume it will happen because someone approaches them (as in a movie studio) or it will happen after their death, and their estate can worry about it.

We writers have to create our business as a licensing business right now. (Well, as fast as we can make the change, which is to say, not fast at all.)

Writing businesses need to be built from the point of IP forward. I know that’s clear as mud. So let’s use a single novel with really cool standalone characters as our example.

Anything else will be too complicated.

The writer writes the novel. It is done, and it is a full story, with five memorable characters, some of whom have traits that might go viral or become a major part of the culture. Something interesting and slightly askew, something different.

The writer must then takes off her storytelling hat, and puts on her business hat.

She wants the novel out into the world as a book, in all of its formats—from ebook to audiobook to trade paper to hardcover.

Most writers stop there.

But this writer wants other licenses as well. She thinks the five characters would make great action figures. These characters are witty and some actually have pithy sayings that would look good on a t-shirt or a poster or a magnet or any other licensed product.

She doesn’t want to write more about these characters, but others might, so she considers hiring writers to produce more books and create a series.

She wants a movie (who doesn’t?), a comic series, a game or several based on the book, some mugs, and a playlist, and maybe even some special recipes that fit into something the characters are doing.

Before she can license any of that, though, she needs to make a decision. If the book form is the most important thing to her, then she has to decide: traditional publishing or indie? Indie allows her to do all the other licensing with a minimum of hassle.

If she goes traditional, she’s going to have to negotiate the shit out of the agreement, and she’s going to have to ask for a standard licensing agreement, not a standard publishing contract. In other words, all the traditional publisher would get would be the right to publish the book form for a limited term with a cap on returns, and with an agreement to audit regularly, and a whole bunch of other things that writers don’t do.

All traditional publishers will balk at that kind of deal from a writer (even though they wouldn’t from a football player), and so she’s faced with another dilemma. Does she forgo all that other stuff and become a traditionally published writer? Or does she handle it herself?

We’re going to assume she’s a writer with some real business sense. She sees the book as a license and nothing more. The IP is the actual story with those wonderful five characters.

And so on and so forth.

All of these things, and more, are possible. Per story. Per series. Per character.

I know all of this sounds very pie-in-the-sky, but I realized at the Expo that it is not. The licensing business has become very complex and is constantly searching for new items to license, big and small. Sometimes licenses revive moribund properties (as in the Star Wars example last week); sometimes licensing partnerships grow both businesses; and sometimes a small license lets a licensee move into a new area of retail or entertainment that they had only dreamed about. (Moving from creating sports memorabilia, for example, into creating other types of memorabilia, even sf or fantasy.)

Coming up with a variety of licenses and marketing them (or learning to partner) with the right company requires a lot of work and creativity and thought and time, and I see exactly why writers who are reading this are either running screaming from their computers or leaning forward, wondering if they have enough time left on earth to do this stuff.

But we do have enough time, and we can figure out how to rebuild our businesses so that we’re not focused on the physical and ebook, but on stories and the brands that they can become.

After all, this is what our estates will become after our deaths. If people like our stories enough to remember them after we die, then our estates (properly set up) will work on licensing the existing works.

Rather than write a good will, and set up the proper estate so that the writing business can transition from a messy set of files and some jotted notes and several successfully published books into a licensing company, better to set up the licensing company first, and put everything inside it.  And make some great money in the process.

Oh, yes, I realize how much work this is. I also realize how hard it’s going to be. I’m just at the beginning of thinking about all of this, and how the set-up will go.

We will be doing a lot of this with our own work. Dean and I are on the same page about this. We simply aren’t sure where to start.

We’re in the position that some poor heir would be in if we hadn’t already made estate plans with an heir who knows how our business is (currently) run.

Such a different mindset. The book is part of how the story exists, not the entirety.

Obviously, this isn’t something we can do overnight—any of us existing published writers. I’m only just now beginning to think about the first steps.

Once I have some steps—and in an informed way—I’ll do a blog about that. But right now, all I want you to do is to start thinking about the structure of your writing business, what your goals are, and how you’re going to work with your stories (not your books).

Once you’ve thought about that, you might want to look at my book Creating Your Author Brand. Clearly, I wrote that before I had this epiphany about how to structure the business, but I was definitely on the road to this point. And you’re going to need to understand branding as you make your choices here.

As I said above, this isn’t something any of us can just jump into. Dean and I are already talking about redoing our business plan, changing how we look at our properties while maintaining what we’re already doing right.

On the Tuesday after the Expo, Dean said to me that he had expected to learn a lot; he hadn’t expected the Expo to change his way of thinking about the way we run our business.

Exactly. I’d had glimpses of it while writing the branding book and more as I went to the Expo. But there, I discovered a way of thinking that we simply hadn’t had in publishing ever.

And now, some of us will.

It’s going to be a ride.

We will be exploring licensing and the writing business at the Business Master Class this year. We will have some guests who can speak on this, plus there will be a lot of good conversations about it. Attendance is limited, so if you want to come, you’ll need to decide sooner rather than later.