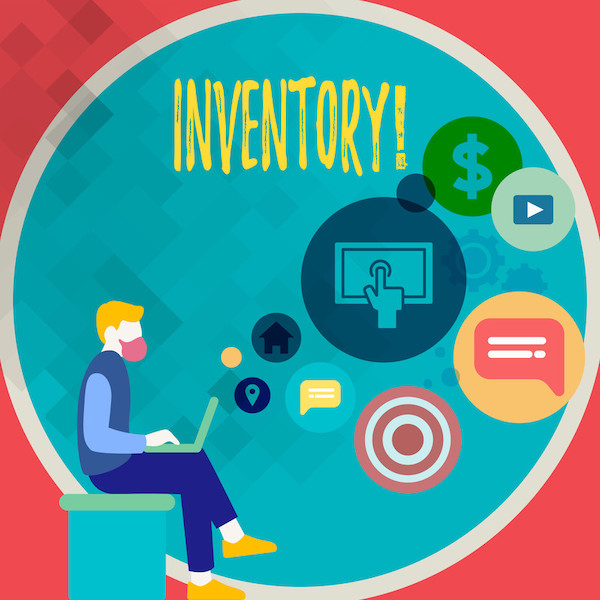 At WMG Publishing, they call me Tom Hanks in The Room. What they’re referring to is the movie Big, in which 13-year-old Tom Hanks works for a toy company. He’s the guy in the room, playing with toys, and saying, “Wouldn’t it be cool if the toy did this? And that? And what about a different toy that does this and that?”

I can come up with a dozen different ideas for one thing in the space of five minutes, and often do.

For a while, as my health declined, and WMG grew a bit quickly, and we had a few bad employees, I got the orders: Lock Tom Hanks in that room. We’ll take him out when we need him.

I was panicking the good staff, the folks who remained, because they took every single idea as an order.

I can understand how that works, I really can. Especially given how the company started. Dean and I ran it for nearly two years, and then we were lucky enough to hire Allyson Longueira away from the local newspaper. It took almost a year to do that (plus, we promised her a year of her salary would be in the bank, so she would have no financial risk). And during that year, Tom Hanks In A Room went wild.

And because I make things up for a living, and because in my world, the only thing that slows down the invention of wild stuff is the speed of my typing, there was a part of me who expected her to come on board and implement everything Tom Hanks In A Room came up with by the end of the summer.

She started in April. Any realistic person would have known that everything I wanted was unrealistic in two years, let alone six months.

Dean had different (and more realistic) expectations, but he has other challenges as a boss which he fortunately is aware of. (He wasn’t, at Pulphouse decades ago.) He wanted her to do sensible things, but he felt he had to train her to his methods—which was partly correct, because talking to two weirdly creative people about business means being able to speak their language.

It’s a wonder Allyson didn’t kill both of us by day two.

She stuck with us. She knows how to handle people like us. (It helped that she had a toddler at the time.) She managed expectations and somehow put the company together.

But…she tangled with us right from the start because she wanted an inventory of everything we’d done.

We didn’t see the point. We had cobbled together a lot of things, and we needed even more things done, and what the heck did she want an inventory for????

She crossed her arms and said calmly that if she didn’t have an inventory, she couldn’t do her job. She said that more than once, and by the second week in April, she was putting together the inventory from all the scraps we gave her.

She had the entire thing—nearly 300 items at the time—put together by the end of the month.

And…to her credit…she somehow managed to read everything as well, and before the end of 2012. Amazing.

She needed the inventory on paper, on computer, and in her head. That inventory has been a life-saver as recently as early July, when Dean needed to know which Poker Boy stories of his were in print and which ones weren’t.

As Allyson well knew, in a business about creating IP, an inventory is the heart of that business. I always kept track of the stories I published, and what rights I licensed (once they were exercised [and/or saw print]). But I never did a deep dive into the inventory after my first few years as a freelancer.

Some of the reason for that lack of a deep dive was because I started as a journalistic nonfiction writer. Most of the pieces I wrote were newsworthy, which meant that the next day, you could wrap fish in them, and no one would notice. That first-draft of history, and all that. Not really good for resale.

The other reason for the lack of a deep dive is my hummingbird brain. I would rather tell the next story than revisit old ones. And by story, I mean what we discussed last week, not the actual manuscript or manuscripts. Once the story was finished according to my creative brain, the rest of my brain wanted to leave it behind as well.

Now, I’m faced with examining all of the material and figuring out what to do with it. I’ll get to the daunting side of this next week.

And yes, those of you who know me, I understand: You’ll need various spreadsheets for all of this.

I say various, because at some point, you’ll want to send a sanitized version of a spreadsheet to some licensee. I’ve gotten spreadsheets from folks who thought they’d scrubbed their spreadsheets, and I was able to open all the stuff they removed. (Yes, I did that. Yes, I used to be a journalist. Yes, I like looking at secret stuff. Nosy me, Writer Girl. It works together.)

So, here’s what I suggest:

You need a master spreadsheet for your company’s story inventory. (See last week for what I mean by story.)

Then you’ll need a special spreadsheet for any series you have. This spreadsheet should be pre-sanitized, so you can send it to a licensee if need be, showing the characters, made-up worlds, and plots of that series.

You can always create a sanitized spreadsheet for standalone items should you need to. That’s one you can leave for later.

The master inventory is the one we’re going to deal with here. What you’ll need is this:

Not your books, not your manuscripts. Stories, as in the raw material. Again, see last week. Let’s call this the IP.

The initial material should include a list of characters, made-up places, made-up items, and one-sentence plot summaries.

This list should be by story/IP. You’ll need a record of what rights you’ve licensed, and for how long. You’ll need to know if you gave an exclusive license or a nonexclusive one. You’ll also need a record of when payments are due, when you need to turn around things like approvals, and any other important contract terms. Speaking of, make sure you’re on top of terminations and renewals. You’ll manage those here as well.

Some of these negotiations can take years (or so they said at the Licensing Expo) so you need to know what you promised, to whom, and whether or not what you promised is something that binds you (and them) to the project.

Have you had nibbles on various projects? From whom? You’ll need to keep track of this as well, in case someone jumped the gun on something and started producing, thinking you gave permission when you didn’t. And you don’t want to undercut someone by talking to a different person after you talked to someone who then worked hard on the potential deal, but didn’t have a deal memo yet.

When was the product made? Where was it distributed? Has the contract been renewed? Do you have a sample of the product? Where is that sample? And so on and so forth.

Figure this: At some point, you won’t be the person in charge of the inventory. Someone else will. Can they pick up the file and figure out what’s going on with a short story that sold to Asimov’s in 1998, and has had some movie interest? Or toy interest? Or t-shirt interest?

If you do this right, at some point, some lawyer will be working for your company after you’re dead, and will need to know if they made silk sheets stamped with the image of one of your characters, fifty years before. Make it easy for that lawyer to do the research in your own company archives.

I can easily see this, but this is one of those forever tasks. Those of you just starting out, set up your inventories now. And the rest of us, we’ll discuss a lot of this next week.

But here’s the quick and dirty: If you’re going to pursue licensing, you’ll need to be extremely organized. There’s a reason that several of the booths at the Licensing Expo sold licensing (and compliance) software. At some point, this database becomes huge, and you want to be able to manage it properly.

Most writers aren’t at huge yet. So we can set up the inventories on our own.

Sounds simple and can be, if you’re starting with fewer than ten stories. After that, it gets complex.

And we will deal with that complexity next week. Or rather, I’ll let you know how we at WMG (and me and Dean) are dealing with that complexity. Because we’re starting this new side of the database way late, which creates all kinds of problems of its own…

I’m scrambling to finish these posts as fast as I can so that I can turn my attention to the actual licensing issues. I am writing up the Licensing Expo on my Patreon page, with some other added material. These blogs show up there first.

Dean is dealing with the firehose of information differently. He’s doing a Licensing Transition Course for Writers on Teachable so that people can follow how he and WMG are going through the transition. You’ll learn as you go, if you want to watch a writer and a company transition from a publishing business to a licensing business.

We’ll also be dealing with licensing at the Master Business Class in October. There are only a few spots left in the class, so if you’re thinking of coming, you might want to reserve your space.