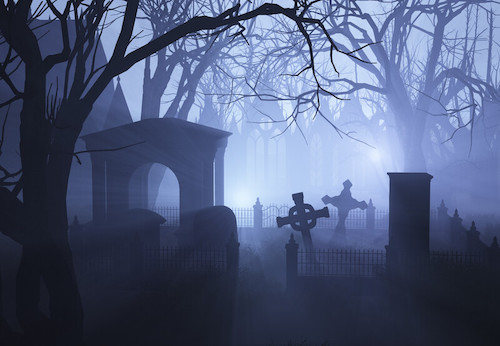 Not too long ago, I made a suggestion to someone I’m working with. I thought we should send our project to a Big Name Magazine, for consideration in one of the many things they’re doing. (Yes, I’m being deliberately vague.)

The response I got from my partner on this project was purposely discouraging, questioning my desire to even try because Big Name Magazine gets thousands of submissions. I pushed—hard—and the project got submitted.

I’m not sure I got angry about that response, but I did get peeved. I personally hate it when someone refuses to try because thousands of other people are trying too. Guaranteed failure, that’s what that attitude is, and not the good kind of failure.

It’s the kind of failure that shows a lack of belief, either in the self or the project.

A lot of people refuse to try anything because they’re afraid of failing. And I find that ironic: because failing to try is failing.

I’m doing a blog series subtitled “Rethinking The Writing Business,” and the series is mostly about licensing. I wrote a post titled “Expect Success” earlier in the series, but didn’t number it (chronologically, it would be #8) so that people who aren’t reading the series would read it. I’m doing the same with this post, which is (counting the success post) #14.

“Expect Success” is all about attitude, about approaching everything—including submitting a project along with thousands of other people—with the idea that your project could succeed. Be optimistic and try.

The other point of expecting success is to pick yourself up and dust yourself off and keep pushing until you do succeed.

But if you do that, then the subtext is this: you will fail.

And for some reason, most people see failure of any type as a failing.

So imagine my delight when I was reading an article in, of all things, a magazine that I get for free because I went to the Consumer Electronics Show. In the May/June issue of I3, entrepreneur Jake Sigal explores something they do at his company, Tome.

We have a fail brick with our logo that is earned. Whenever anyone fails, we post a message on Slack and show off  the brick on our desks as a badge of honor.

Why? Because Sigal’s company “encourage team members to push personal technical limits, without fear of the consequences of failure….Failure is not only tolerated, it’s expected. We use it to decommission certain techs while others are prioritized.”

Sigal’s short little article is a master class in using failure to build a foundation that will allow a business to grow. I suggest you take a look at it.

His article also led me to something fun. He mentioned that Ben & Jerry’s—you know, the ice cream people—have a flavor graveyard for flavors that weren’t as successful as the company wanted. Some are outright failures.

I Googled Ben & Jerry’s “flavor graveyard” and discovered something not just fun, but something that also pertains to licensing.

You see, rather than hiding their failures, Ben & Jerry’s celebrates them. At first, they set up an online flavor graveyard with fake gravestones, explaining that certain flavors were no longer being made.

I suspect they did this in their humorous way because they were getting requests for flavors they were no longer producing. It was an on-brand way to show customers that these products couldn’t be ordered any longer.

Let’s stop right here and think about this for a moment.

Ben & Jerry’s has, as of 2018, discontinued 300 flavors. (Or rather, those flavors have de-pinted.) That’s 300 flavors that were tested in their facilities, marketed, and sold at various retail outlets. Some of those 300 flavors are favorites of some customers.

I’m sure someone in Ben & Jerry’s looked at the cost of constantly producing a flavor, and when the sales did not measure up to whatever it cost to produce the flavor, the flavor vanished from the shelves.

But not from customer memory. And for that, Ben & Jerry’s set up the flavor graveyard.

Only…it goes beyond that. Because Ben & Jerry’s put 40 of its flavors in an actual physical flavor graveyard with actual tombstones behind its Waterbury, Vermont plant. And according to the company, the graveyard is one of Vermont’s biggest tourist attractions.

And the company had fun with the idea. On their website, they have the Five Stages of Flavor Grief, again probably a way to deal with customers who hate that their favorite flavor got discontinued. But still…fun. The company is taking something other companies like to bury (pun intended) and are turning that failure into a multilevel success.

More than that, Ben & Jerry’s will resurrect flavors should those flavors get enough votes on the website. The resurrection is usually for some special event or a limited edition version of the ice cream, but it takes all that work that went into the flavor and reuses it in a creative and fun way.

When you click to resurrect a flavor, you have to fill out a form and explain why you liked that flavor. And then, if you want, you can join the newsletter.

Like Sigal, Ben & Jerry’s is celebrating its failures. From a press release the company produced around Halloween last year:

Ben & Jerry’s has created countless euphoric flavors since 1978, and a few have to go each year to make room for new delights. Sometimes flavors meet an untimely demise because they were a big mistake. Peanuts! Popcorn! sounded like a great day at the ballfield, but the popcorn ultimately became a soggy mess. Off to the graveyard it went.

“Ben & Jerry’s is known for outrageous, chunky, funky flavors,” said Flavor Guru Eric Fredette. “But experimentation comes with risk, and not everybody likes our edgier ideas. Like everything else, ice cream flavors have a beginning and an end.”

Let me highlight something in case you missed it: Experimentation comes with risk. Risk of what? Failure. Risk of failure.

Yeah, yeah, you’re saying. You know that. You’ve heard all about how you need to fail to succeed.

But most people do their very best to avoid failure. And what I’m trying to show you with that example is the idea of avoiding failure is a terrible one.

Ben & Jerry’s, Tome—and Dean and I—go into our experimentation expecting failure. We don’t expect to get anything right the first time.

In fact, when someone tells me I’ve done well on my first try at something, I became super annoying. What makes you think I did well?  I ask. Are you humoring me? What exactly did I do right?

Because I’m learning, and learning involves failing, especially on something you’ve never tried before.

So I expect to fail at new things until I figure them out.

That’s how I’ve been approaching the expansion of the licensing side of our business. I’m learning, so I expect to fail.

What startles me is how much we’ve succeeded, mostly bumbling in the dark. As I wrote in previous posts, we’ve been licensing things since we started writing. (See the money posts), mostly taking bad advice from people who have no idea what they’re doing.

One of the most refreshing aspects of the Las Vegas Licensing Expo in June was the attitude at Licensing University connected to the Expo. Everyone who presented—all of them active in one form of licensing or another—spoke about the possibility of failure. They didn’t give statistics, but my sense was that for every product that was an over-the-top success, there was another that was a terrible failure. Most products and licenses did as expected, which was neither spectacularly good or spectacularly bad. They just were.

So, you’re creative. You’re a writer after all. Figure out how to handle your failures so that they don’t seem so daunting.

But figure out how to embrace and celebrate your failures. To incorporate them into what you do.

In order to be a successful businessperson—in any field—you need to try new things, experiment, figure out what works and what doesn’t work. That’s the essence of taking risks, sure, but it’s more than that.

If your failures defeat you, you won’t last long in any business, let alone something as personal as writing. See the failure for what it really is. An opportunity to grow. Or to maybe come up with a whole other aspect to your business. Like an ice cream flavor graveyard.

Who knew that would be a success? I doubt Ben & Jerry’s did when they started it. But they had fun, and now they’re using it to turn another negative—angry customers—into a positive.

How nifty is that?

At the WMG Publishing Online Lectures, we’ve started a series on the things that hold writers back. From craft through business, the lecture series covers just about every roadblock we could think of. You can see those at Teachable.com.

We also have a new online workshop on attitude, which is really what holds a lot of people back. You can find that at Teachable.com as well.

We are also doing a lot of work on licensing and revamping our own business. Dean is chronicling it in a course we call Licensing Transition: A Year-Long Journey From IP To License, which you can join on Teachable.com.

Speaking of licensing, we will also have a representative from the Global Licensing Group which puts on the licensing expos around the world at our Business Master Class in October. We’ll also be discussing holding successful Kickstarters with one of the most successful Kickstarter people in the business. The 2019 Master Class is full, but we’ve decided to open 2020 early, since there was so much interest in that class. The attendance is limited there as well, and so is the hotel room block. Those who sign up early will have a guaranteed room in the conference hotel. Here’s more information on 2020.

I, of course, will continue to deal with licensing on this site and on my Patreon page. I’m more in-depth on Patreon, because I do smaller blogs along the way. I will occasionally pause to look at the news or to see if there’s something else I should be examining. Or to take a wider view as I did here.

“Business Musings: Expect Failure,” copyright © 2019 by Kristine Kathryn Rusch. Image at the top of the blog © Can Stock Photo / AlienCat.