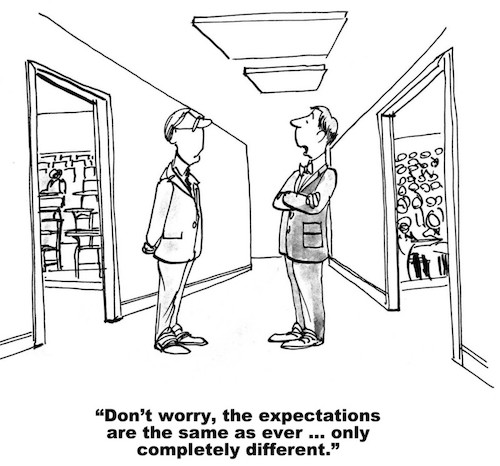 I taught an in-person romance workshop last week. I always learn a lot from my students. This group was a revelation: they got all the important work done, stretched themselves, asked great questions, and wrote amazing fiction.

We spend a lot of time at workshops discussing the difference between creative voice and critical voice. When I teach, I really want to nurture the creative voice. But I do need to give guidance, and some of that sounds critical. Because we’ve all been through decades of schooling, we also hear the voice of the teacher as “the authority.” I do what I can to mitigate that, in that, I don’t want my students to think my voice is the correct one, particularly when it comes to their vision.

I might have misunderstood their vision. I might not know exactly what they’re trying to do. Or, in some ways, worse, I might not like the kind of fiction they’re writing, and that seeps out in some of my comments.

So I’m constantly thinking about the difference between creative and critical voice during workshop weeks. I’m also monitoring myself, because if I’m not careful, teaching can make me too critical of myself.

I thought I had escaped that part. I love teaching romance. Even though it’s the hardest genre to write well, it’s also the happiest. A happily ever after ending is an essential part of the genre. And so, instead of looking to the worst of humanity, when we write romance, we write about the best.

So that keeps the critical down for me. And it always inspires me, particularly when I look at all the writing possibilities. We can write this or that or the other thing, and I get excited—Popcorn Kitten excited.

Then the workshop ended. I had promised myself a movie, and fortunately Downton Abbey was playing, which I had been looking forward to. It was exactly what I needed—because the next day, I had to assemble pieces of the video for the new Kickstarter that we launched this week.

I did my bit, audio, images, and script in time for Gwyneth Gibby to actually put the entire piece together. (Thank heavens Gwyneth is at WMG and is so good, because otherwise, I’d be putting together a video this weekend, instead of catching up on work.)

I worked really fast, faster than I like to with audio, because I only had a few hours to finish. I got it all done, sent it off, and collapsed in front of the TV.

The next morning, I woke up with my own voice in my head, repeating a line from the KIckstarter script I wrote:  Because I couldn’t help myself, I wrote two of the longer stories, and an entire novel.

And then I stomped around the condo, because I realized that—dang it—the critical voice had been there all along.

You see, I’ve been whining that 2019 isn’t as good a writing year as I want. I wanted to get to a big project that I’ve been looking forward to, but I need to finish a few things first. And I’m nowhere near finishing those things.

I also had to drop a lot of work because we had a crisis at WMG when Allyson Longueira had emergency brain surgery.  We’ve had some tough years the past few years. I was the emergency in 2018; Allyson in 2019. I’m hoping that 2020 is much, much better.

So I lost writing time. A lot of it, as I took on other projects that needed finishing.

And I got behind on the Holiday Spectacular, which is what we’re calling the Kickstarter. The Spectacular was/is/will be a lot of fun, and even though I ended up working on the editing part in July instead of March, I had a blast.

But that sentence from the Kickstarter script—Because I couldn’t help myself, I wrote two of the longer stories, and an entire novel—kept coming up in my brain all day Friday. I noodled over that sentence.

Even though, I did the two novellas and that novel from March to August, while doing other things. And I finished some big projects in January and February in prep for the even bigger project that I haven’t gotten to.

And yes, I’ve had to take some time away, but Holy Carpal Tunnel, Batman, I have been doing a lot of fiction writing just the same. I had thought of it as things that either got in the way (some promised fiction for anthologies/other people’s projects), the stories for the Holiday Spectacular, and the novel that I had started thinking it was a novella.

I should have known that critical voice was messing with me, because the target kept moving. Whenever I solved one problem, that voice would complain about something else. Yes, you did that, even though it’s not what you should have been doing. And even now, you’re not working on what you promised…

Last week, I told the writers that their critical voice will play games with them and find ways to hook them and hurt them. I know this very well. I wrote an entire short book on critical voice, called The Pursuit of Perfection.

I know this stuff, right? And I thought I had my critical under control—and I do when it comes to words on the page. But my voice had moved over to getting to the words.

Ironically, when I was really sick, I needed that voice to push me to the computer, even if I wasn’t feeling well. (See Writing With Chronic Illness) But I’m not sick now. I am busy. I promised myself when I moved to Las Vegas that I would enjoy the city. I would see shows and make new friends and go on runs and get involved politically and go back to school, and I’m doing all those things—and getting more than my usual number of words done.

So that voice, which got me to the computer in the old days, does need to keep me organized. But not browbeat me. Which I had let it do.

It took the conversation with the writer/students about critical voice to make me realize I’d let mine out of the box. It had found a new way to go after my creative voice, which was cowering in the corner like a 10-year-old with too much homework, too many afterschool programs, overly ambitious parents, and no time to sleep.

So now, I need to—gently—figure out how to reorganize myself, and extricate the critical voice from the process. Again.

As I said in The Pursuit of Perfection, and repeated at the class, and say whenever I’m talking to writers, the critical voice is insidious. It finds ways to stop or slow writers down, because that’s its job. It thinks that any revelation of self on the page is dangerous, and if the critical voice can’t stop the revelation, it can stop that revelation from going public.

The one thing I did notice at the romance workshop—that workshop filled with joy—is how hard the critical voices worked at stifling that joy. I have long wondered why we take something we love—writing—and work as hard as we can to make it unpleasant.

That’s what the critical voice does. It makes writing hard, unpleasant, and something to be avoided, rather than embraced.

So I need to revamp. Again. As I seem to do annually with that pesky critical voice.

Since I had the realization so soon after the workshop, I thought I would share.

As is always true with any workshop I teach, I suspect I learn more than the students do. And I never know what I will learn.

Although I usually do learn something new about myself.

If you’re interested in coming to the Las Vegas workshops, you have only a few days to sign up for the science fiction workshop or its online buddy, the study-along. I have been putting the reading list together, and once that goes out, we close the workshop. (There’s a Study-Along reward on the Kickstarter we just launched where you can get the study-alongs for a discount.)

But as you can tell, we’re both still learning as well. So these workshops are good for us as well.

The blog continues too. I’ll be getting back to licensing shortly, and I’m sure I’ll have more to say after the Business Master Class.

So…if you feel like supporting the blog on an on-going basis, then please head to my Patreon page.