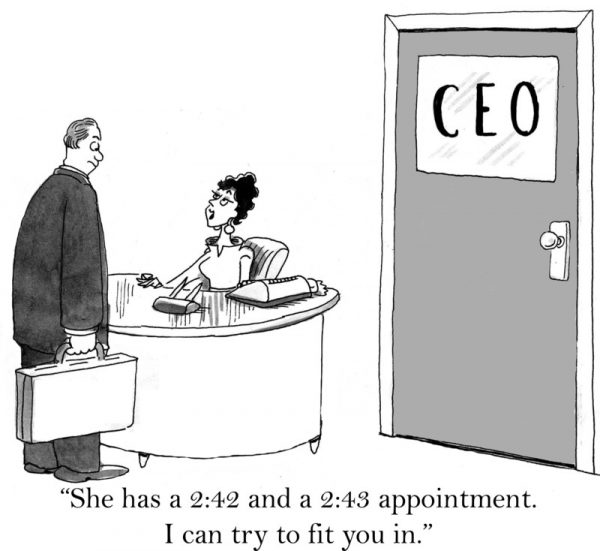 Not five minutes ago, I said no to a podcaster friend. She wanted me on her very successful podcast sometime in 2020. We had even discussed it at one of the conferences that I attended this fall, and I told her that I wasn’t doing podcasts in 2020, but I would make an exception for her.

Only when it came time to commit, I just couldn’t bring myself to do it.

I find myself in an odd situation, something I hadn’t been in, maybe since high school.

Because I’m healthier in Las Vegas, I can do many, many, many more things. I’m limited by my time and my stamina, which is pretty good. Yes, the chronic illnesses flair—just as recently as a few days ago when, at the end of a conference, I ate something that contained natural flavors (which are unregulated) and got sick for several hours. Fortunately, that was after I was done being on stage, so the only harm done was irritation with myself for not trusting my instincts when the waitperson told me that the product I was eating contained something vegan manufactured by one of the margarine companies. I knew better. Those places use chemicals, not organic ingredients, and sure enough, an hour later…

The chronic illness flair, which happens once a month or so, reminds me that I’m not entirely healthy compared to most folks, but compared to me two years ago, well, it’s a dang miracle.

But that miracle has some weird side effects. I get exhausted now, because I keep going until I fall over. By the time most people on the planet reach my age, they know their limits and don’t make that mistake any more. My limits have changed, and I have to learn how to regulate that.

Some of the regulation includes non-writing activites. I can do many, many things now, and so, last year, in an abundance of enthusiasm, I agreed to conferences here in Vegas I probably shouldn’t have, and podcasts for places that I can’t travel to.

All of those things took time. And, unlike the entertainment I’ve been consuming and the runs I’ve been doing, the conferences and the podcasts have drained me, rather than inspire me. I get added benefit from seeing an entertainer—everything from inspiration to actual story ideas. I’ve gotten two major story ideas on runs this fall, ideas that came to me fully formed as I ran, so I’m planning to keep that up.

The speaking gigs, however, have sapped my energy rather than built it up. And while I have more energy than I ever have in my adult life, having it sapped is something I should avoid.

It’s hard to say no to friends, however, and a number of my friends have podcasts. Many of those podcasts are ones I’ve listened to. (I don’t listen as much anymore, because I don’t listen as I walk here in Vegas, like I did up north.) I feel guilty when I say no, and I was hoping it would get easier.

One of the things we discuss at the Business Master Class every year is time management. This year, we didn’t focus on it as much as we did in the past, because we had so many other things to focus on. In this year’s class, we examined time management with an eye to handling all the information that was coming at us in class.

But the older way of looking at it, which we’ve done at previous classes, links time management with productivity.

Here’s the difficult thing for me: I got healthier. I’m more productive, even when I’m busy. (I’m writing this today, tired from the week which included 20Books Vegas, unable to get my brain on fiction, but in the time before I head to the Rock N Roll Marathon 5K later this afternoon. I could never have done all of that two years ago.)

So the increased productivity masked the time mis-management that I was doing. The things that drain my energy, rather than enhance what I’m doing.

I had this vague feeling through the last half of this year that I was not getting enough done. But I looked at my numbers and saw that they were increased over the previous three years. So what was going on?

Bad time management for Healthy Kris, not Sick Kris. Yes, I’m getting more done, but in little snippets around promises to other people. Or, like today, snippets around the result of those promises.

My month from the Business Master Class through 20Books Vegas has been extremely hectic. I have some local obligations as well, and general deadlines, and family stuff. I didn’t stop running around after the Master Class, and 20Books ramped it up, with a Wednesday that a bit overscheduled. It wouldn’t have been bad if the venue had two things I needed—fresh air and actual food I could eat (the only place I could eat was Subway)—but coming on the end of the long month, it was a final straw.

The tiredness is a result of the promise I made in June to participate in 20Books, looking at my schedule and thinking that since it was more than 2 weeks after the end of the Business Master Class, I would be fine.

But more got crammed in, and yes, I am fine, but not really able to focus the way I want to.

That was the red flag for me. That, and the way my brain has been noodling over time management issues. Yes, I can get everything done in snippets, but I would rather spread out mentally and spend a few hours or days focusing on one thing.

And I had scheduled myself too heavily to do that.

So, this morning, as I looked at that email, knowing I had said I would take part in the podcast, I found I simply couldn’t break my promise to myself. I had said no podcasts in 2020. I had promised myself that. I needed to stick to it.

Because breaking promises to myself leads down that slippery slope of getting overcommitted.

At first, as I examined being overcommitted, I tried to use the financial argument.

I don’t ask for payment to appear on podcasts. In theory, appearing on someone’s podcast is a form of advertising. I have no empirical evidence that this advertising pays off. When the podcast appears, I don’t see a jump in sales, although I often see a jump in followers on Twitter.

Those followers usually come for this, my writing blog, because I rarely talk about my fiction on podcasts—and podcasters rarely ask me about it.

So, do the writing followers become fiction followers? I don’t know. Nor do I know if those increased followers remain, because, unlike so many other writers, I don’t track that stuff. I like to say I’m too busy to track it, but really, that kind of data isn’t something I care much about.

I’d jettisoned that kind of analysis in a time management purge years ago, when I realized that analyzing that kind of data just made me uncomfortable and didn’t serve my writing at all.

Besides, unlike some of my colleagues, I don’t get paid when I speak at these writing conferences. I don’t ask for a fee, and since I can’t travel, I don’t get expenses or hotel or food paid for either. No one offers to pay for gas and meals, and I don’t ask.

As I’ve been thinking about all of that this week, I toyed briefly with simply setting a fee schedule on my speaking engagements. I can easily command thousands per speech—not necessarily at writing conferences, but at other venues. (Including some book venues here in Vegas.)

I said to Dean that I could ask for outrageous sums, mid-five figures and above per talk. That would discourage all but the wealthiest conference from booking me.

And he said, bless him, that even if I did get booked, I would still bitch just as much and lose just as much time and actually be a bit angrier about going. Because I don’t do this stuff for the money. I don’t talk to writers because I want a big payday, and I don’t like public speaking enough to make a secondary career out of it.

I would rather make up stories at home.

Which means that I have to take responsibility for my schedule. It means I have to say no when I mean no, rather than promise “maybe in a few years” or ask for an outrageous sum of money which, past experience has shown, someone will eventually pay.

What matters for me isn’t money. It has never been money, although money guarantees that I can continue to do the work that I love.

Stories, both the ones I write and the ones by others that I enjoy, satisfy me a lot more than any dollar amount or standing on stage being “famous” for an afternoon.

I do like interacting with people, particularly writers, and that’s a plus. Meeting a lot of folks these past few weeks has been the absolute highlight of the fall.

I don’t have much more in my very tidy life that I can jettison.

By the way, this was not the blog post I planned to write today. That blog post, along with the scheduled fiction words, was too complicated for my tired brain to handle, so I’m writing a process blog instead, reinforcing for myself the decision to drop unproductive things from my schedule.

I’m sure there will be a few more process blogs in the mix as year’s end approaches. I’m hoping to examine quite a few things, both in my writing and in publishing in general.

Some of the process blogs will end up being Patreon-only, unless I get behind again on blogging, which I did these last few weeks. (That irritated me as well.)

So thanks for listening as I sort this new energetic schedule out. I can’t think of a better time to do it than when I’m tired.

Because when I’m filled with energy, I can do it all, right? Suuuuure I can. Sure. Absolutely. Yeah. Of course. Not.

“Business Musings: Scheduling: A Process Blog,” copyright © 2019 by Kristine Kathryn Rusch. Image at the top of the blog copyright © Can Stock Photo / andrewgenn.