Update For Fey Fans (With Some Bonus Diving)

Update For Fey Fans (With Some Bonus Diving) 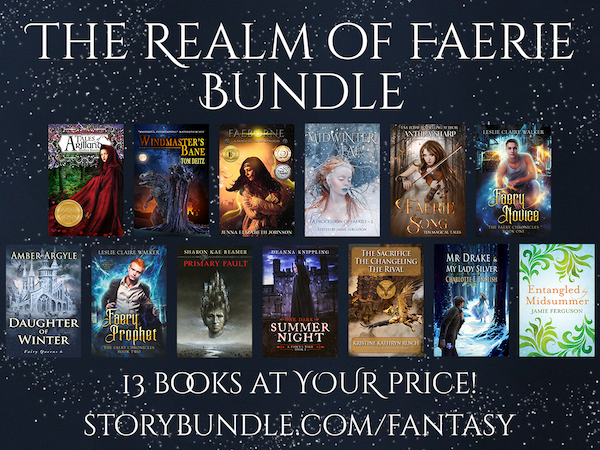 I know, I know. I’ve been silent on the future of the Fey for a while, except to promise that, yes indeed, I plan to write about the third Place of Power. I had no real dates on that, and I don’t have exact dates now. What I do have is a writing schedule.

I am finishing a big story arc in my Diving Universe. That’s taking most of my writing focus right now, except for catching up on some short fiction and my publishing blog. I’m also revamping my personal appearance schedule for 2020, to clear more time for writing. (If you want to read more about that, then look at this past week’s blog post.)

Once I finish the Diving arc, I’m moving at quick speed to the next Fey book. That is taking some work on my part. I’m rereading everything, and making notes about stories that might come sideways about the Fey, or annotating past notes about possible Fey stories. I’m doing this slowly, but I’m doing it. I’m getting the project back in my head.

Does that mean there’s a book planned for 2020? Well, not yet. My agreement with WMG Publishing is that they will set a pub date as soon as I turn a book in. So you’ll find out that the manuscript is done before we have a pub date. (Doing things this way gives me freedom to write more in the series than I planned, as well as write out of order, which is my bent.)

In the meantime, there’s this. Jamie Ferguson put together a lovely Storybundle called The Realms of Fae. Thirteen writers, thirteen visions of fairy. I know the work of almost all of these writers, and love what they do. Those of you who read Fiction River will recognize many of the names, from Jaime herself to Anthea Sharp to Leslie Claire Walker. There are some names here you won’t recognize, but their work has appeared in Fiction River under different names than appear here. (I’m not revealing pen names, since I don’t have permission.)

In addition, the first three Fey novels appear in this bundle, as a mini bundle of its own. So if you lost your copies of the first three books or if you’ve always wanted an ebook of those novels (since they were originally published before ebooks became a thing), then this is the way to do it.

Because, for $15, you’ll get all thirteen visions of Fairy, as well as the three Fey novels. So head on over and get yours now. (This bundle will end on December 12.)

And while you’re there, pick up your copies of the NanoWriMo Writing Tools Bundle, which has 13 ebooks and a $50 lecture from WMG Publishing, as well as the Historical Mystery Bundle, which has 11 ebooks. (The Nanobundle includes one of my writing books, and I curated the Historical Mystery Bundle, which includes one of my Smokey Dalton books.) You can get those bundles for $15 each. One note, though: Those bundles will vanish on November 28. So you only have a few days to get those.

So, if you spend $45, you’ll get 37 books of various genres and types, and one $50 lecture. You can also give some of that $45 to various charities. And Storybundle is also set up for gift giving. If you have readers on your list, and you want to fill up their ereader, this is how to do it.

Yeah, that’s a lot of bundling, but really it’s a lot of great reading. And what’s better than that?