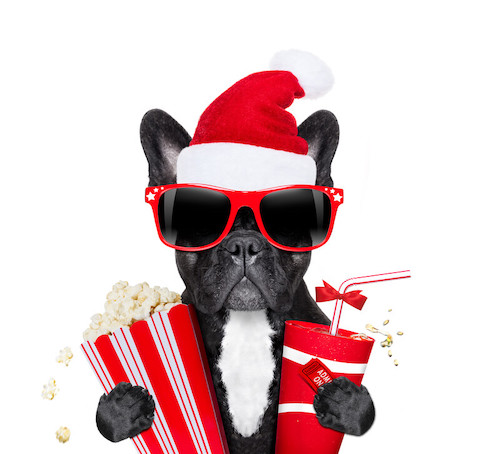 In July of 2018, Bruce Willis emphatically stated (at his Comedy Central roast) that the 1988 movie Die Hard, which made him an action star, “is not a Christmas movie.” It is, he said, “a goddamn Bruce Willis movie!”

Well, yeah, Die Hard is a Bruce Willis movie because it’s hard to imagine anyone else in the role of John McClane. Arnold Schwarzenegger turned the role down, as did several others, before the movie found its way to Willis’s decidedly not-yet-primo-box-office hands.

But the fact that Die Hard is a Bruce Willis movie and (in 1980s parlance) an action movie doesn’t stop it from being a Christmas movie. Sure, it’s not one that you’ll see on the Hallmark Channel. There’s no meet-cute—our couple is on the verge of a 1980s divorce (his wife took a job across country! And took the kids!)—and the happily ever after…well, there is a happily ever after in thriller terms. The bad guy gets what’s coming to him, and our hero walks off into a kind of snowstorm with his no-longer-as-estranged wife.

The movie does everything a holiday story should do. It uses a lot of holiday tropes—visiting the family over the holidays, the estranged couple, the holiday decorations. The bad guys’ plan relies on the nearly empty offices and the disinterest of holiday security guards. The plan also relies on the presence of the company bigwigs at the annual holiday party.

There are Christmas jokes and bad eggnog and Santa hats and Christmas trees and too much holiday cheer. McClane’s estranged wife is named…(wait for it)…Holly. And the final song—Let It Snow—while ironic, runs underneath the happily for now ending, to let the viewers know that all will be right with the world.

Yes, Die Hard is a Christmas movie (not just a movie set at Christmas) that fits well within its genre. It takes all the holiday tropes and winds them into an action plot that wouldn’t have occurred without the season.

What Die Hard is not is a holiday romance (which many people have confused with holiday movies) nor is it a children’s film. It is a Christmas movie, whether Bruce Willis believes it or not.

So…last year, on the thirtieth anniversary of Die Hard’s release, 20th Century Fox Home Entertainment released a special Christmas Blu-ray edition of the movie, and recut the movie’s trailer. The marketing on this is brilliant.

First, the use of music. We start with generic holiday(ish) music but then go to the “Russian Dance” from The Nutcracker, followed by the version of “Ode To Joy” used in the movie itself.

The images are cut to emphasize the holiday, while letting the viewer know that this isn’t a kid’s film.

Then there’s the change of narration. Not just the words, but the tone. It’s light, a bit jokey, letting us know that the trailer itself is all in good fun.

Which makes the tagline “The Greatest Christmas Story Ever Told” part of the joke—the one that references all of those Christmas arguments. And in case you missed the point, there’s this little gem when the trailer ends: Christmas Movie? Yippee Ki Yes!

What a great way to reflect the movie’s new reality. When the film came out thirty-one years ago, the trailer was designed to get people into the theater. The Christmas trailer assumes everyone has seen the movie. The trailer even has a few spoilers. But who cares? The idea is to get consumers to buy the Blu-ray, and watch the movie every year, which many of them were doing already.

But whoever put this marketing campaign together didn’t stop with the trailer. They wrote a bad riff on “The Night Before Christmas” and came up with sixteen licensed products to celebrate the thirtieth anniversary, from ugly sweaters (not a thing in 1988) to socks to t-shirts and mugs and Funko dolls (also not a thing in 1988).

All of this for a thirty-year-old movie. Got that?

So many of you have asked me how to think about licensing for your books. Or why I’m so excited about being able to license products for my various stories and novels. And why I find it overwhelming.

Many of you can’t even imagine how to license anything or what can come from a book. A movie is also a story, and you’ll note that most of the licensed products have nothing to do with Bruce Willis (except for a movie still or two, and the Funko doll) and everything to do with the story of the movie itself.

Do you need to wait until one of your stories hits the zeitgeist? Heck no. What if you had written a thriller set in the holiday season? You could have piled onto 20th Century Fox’s marketing. You could have done something like this:

Watch Die Hard one too many times? Hope for something similar set during the holidays? Pick up My Holiday Thriller and make it part of your annual holiday celebration.

And you need a modern hook—whether that hook is someone else’s marketing campaign (Die Hard) or the fact that something else has gone viral (like holiday coffee) and your story neatly ties into that (set in a coffee shop, maybe?)

It requires you to have an eye on the culture and a bit of creativity about how to think about your story/stories/novel/novels in a way as spirited as the Die Hard holiday trailer.

In other words, have fun with your inventory. Because if you do, others will as well.