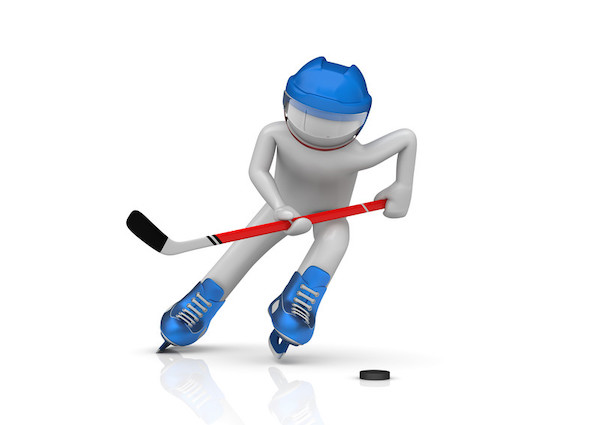 Recently, a writer friend of mine died—and I was struck by something his family said about his final months.

He expected to beat the disease that he was fighting. All of his actions in those last few months were predicated—at least in public—on his recovery from a disease that ultimately no one recovers from.

His beliefs were mostly based on reality.

Trust me. I know the difference. My first husband was an optimist as well, but the delusional kind. When he hit a setback, he didn’t learn from it and move forward. He moved laterally, found some new enthusiasm, and assumed he would ultimately be the very best at that thing—until he hit the inevitable setback, and quit.

I was 19 when I married him. I had no idea he was a quitter until the first time he quit.

And, I’m sorry to say, I have no respect for quitters.

A realistic optimist, though, is one who can evaluate that opportunity, and think not now, or maybe not ever, because the opportunity won’t benefit them.

Because the success percentage isn’t zero, right? So someone has to succeed. Why not me?

Which is probably why my friend figured he had years yet. I’ve heard these disease stats. They’re always in percentages, and always have some outlying numbers—as in most people live only three years with the disease, but some make it seven. So optimists will expect to make it seven.

I get that, and frankly, that attitude is better than the one another friend of mine had when he got really ill with the same disease. The docs told him that he had maybe a year to live. So he gave up. Right there. He allowed the docs to perform a few treatments, mostly for the sake of the woman he lived with, who wanted him to fight, but mostly, he just sat around waiting to die, expecting to die.

No one ever accused him of being an optimist. He wasn’t a writer either. He didn’t even try to be one.

That’s actually an important distinction. Writers—professional writers—believe in themselves. They believe they have a voice that should be heard, and they believe that people will want to listen to that voice more than once.

But we all start out as optimists. And those of us who have long careers? We’re the most optimistic of all.

Yep, we protect ourselves from the worst things in the profession by learning what they are, and finding a way to mitigate those things. We have back-up plans and alternative methods. Sometimes we even have other jobs, just so that we can keep writing.

But we know that we will keep writing for as long as we’re able.

Writers need optimism. We use it for a variety of things.

The next book will be better. We’ll write a better book. It’ll sell better. It might actually be THE book.

Oh, look, that opportunity, that one will make all the difference.

All the difference in what? someone might ask. Well, in our lives. Our careers. In our…future.

We don’t really know the answer to that question. We just keep moving toward the next success, whatever that will be.

And we take our failures and learn from them. Because that failure, it might be the one that turns our career around, makes us realize what needs to be changed to make our career better, or make our writing better.

As our careers progress, we remain optimistic that our best book is ahead of us. That we will have enough time to write every single thing we’ve thought of. That we will have the energy and the desire to return to the keyboard each and every day for the rest of our lives.

That we will die with our boots on.

As my writer friend did. He wrote to the very end.

The long-term writers that I know, the ones who lived into their eighties and nineties, they were writing books until the very end. Because they still had something to say.

I want to be that person. I want to be writing to the very end. I want to continue moving forward, with passion and energy and the belief that the next book will be my best book, the book that puts it all together.

Because writers are optimists. We can’t do the job otherwise. Ah, heck. We don’t even think of this as a job. It’s fun. We seem to believe we’ll be allowed to play and make things up for the rest of our lives.

The most optimistic among us do play and make things up for the rest of our lives.

The realistic optimists, that is. The ones who know that being the best at our job requires us to keep learning, keep trying, and keep striving. Who know that the best is just around the corner.

We believe this even when our luck is bad. When events have gone poorly for us. When life conspires against us. When we get that awful diagnosis that reminds us that our time on this earth is finite.

When we can see the end.

We still keep moving forward, and trying to be the best we can be.

Because writers—professional writers—are optimists. Realistic optimists, fighting against the odds, knowing that someone gets to succeed—and if someone does, it might as well be me. At least I’m trying.

I guess professional hockey players are optimists too. Realistic ones. Truthful ones.

The core of any unusual profession—from writer to hockey player—is embodied in that quote. The math is pretty simple: You can’t succeed if you don’t try.

But what gets you to try? Optimism. That tiny thread of hope that this time, it’ll work. This time, the stars will align, the final bit of craft will come together, the last bit of effort will pay off.

And if it doesn’t—we’ll try again.

Until the end of (our) time.

This blog is reader supported. If you like what I’m doing, please consider supporting it in some way, from sharing with your friends to liking posts to emailing me tips to financial support.

If you choose financial support, then click the PayPal link below. Please include your email in the notes section, so I can thank you.

If you want to support the blog financially in an on-going way,  then head to my Patreon page.

Thanks ever so much.

“Business Musings: Optimism and the Writer,” copyright © 2020 by Kristine Kathryn Rusch. Image at the top of the blog copyright © Can Stock Photo / sellingpix.

2 responses to “Business Musings: Optimism And The Writer”