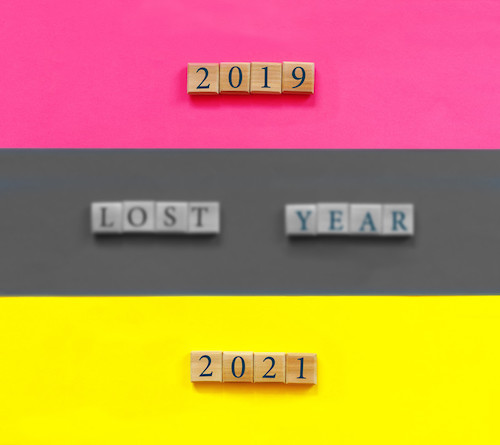 First, let me simply say that I’m tired. I have a lot of plans for this weekly blog, a long list of to-dos that require a bit of research, a lot of thinking, and some time. I will have the time in about five days. I’m finishing up two huge projects that took most of my attention from the middle of January to now.

Add to those projects the novel project that has expanded into at least three novels, as well as two novellas, and at least one short story, and the hour-plus that I spend every morning reading the current research on the damn virus, and doing as much as I can to keep our businesses going, and our employees employed, and I am about as stretched as I’ve ever been.

With those two projects ending, though, I can catch up…after a day or two of resting my brain. I plan to get ahead on some of the blog writing, although I won’t get too far ahead because I’m gun-shy now.  Several times in my life, my expectations of the future have changed in the space of a day or an hour, and I fully expect that kind of reversal to happen at least one more time in 2020.

Because I’ve been running so hard and so fast, I haven’t been quite as aware of my process as I usually am. But I did note that I had gotten behind on my calendars.

Those of you who read this blog regularly know that I buy a lot of calendars every year. Each calendar has a different function. I also have computer calendars, which synch with my phone and tablets for major do-not-forget items.

One day, about two weeks ago, I dug out the calendars. I brought a garbage bag into my office with me, and tossed out dozens and dozens of notes as well as ticket stubs, sticky note reminders to order this concert ticket or sign up for that run. Other reminders included an in-person voice-over class, which I managed to have enough bandwidth to move to July back in early March, but whether or not I’ll go to that class in July or in 2021 remains to be seen.

I never did sign up for Licensing Expo when it changed its dates to August, but I had written myself several reminders to do so. Not that it matters, because now the Expo won’t take place until May of 2021. If then.

“If then” has become my go-to phrase. I’m still digging through history, looking at past pandemics, not at the diseases themselves, but at the economic recovery—as well as the changes.

Those kinds of things are the things I need the attention span to blog about, because they’re fascinating and they directly apply to what we’re going through.

People have been moving about now for about five days, first to set up their businesses properly and secondly to visit somewhere important to them.

Many, many, many businesses that are eligible to reopen are not doing so yet. Their owners don’t feel ready. Most people don’t feel ready, although my neighbor just took off for the beaches of California, because he’s under the mistaken belief that “things will be normal there.”

Um…well, I look forward to his report. From a distance. Through a door, maybe.

But the general air of panic is receding, replaced…not by resignation…but acceptance of the fact that the world we left in 2019 isn’t the world we have now. We haven’t achieved the permanent new normal yet, but we have achieved an interim one. One that may extend for months or, most likely a year or two, as we learn to live with this damn virus. I blogged about how to live with some of it this past week.

Back to my calendars, though. Going through all of that mess, tossing out the hopes and dreams for an alternate 2020, one in which life went on mostly as it had in 2019, was surprisingly cathartic. Apparently, one of the things that kept me from using my calendars was that phantom 2020, hanging over everything I did like an accusatory limb.

Weirdly, my writing deadlines remain the same. My publishing deadlines have changed, because we had to cut and trim and move things around at WMG so that we could hang onto our super valuable employees. Dean and I acted decisively in late February, early March, and felt uncomfortably like we were overreacting. Turns out we were on time and on target at the beginning of the crisis for the U.S. Our quick actions helped us get to mid-May without laying anyone off, and with the ability to meet payroll even if we have diminished income.

It’s my non-writing, non-publishing life that has suffered the most. The things I do for fun and for relaxation and to keep my mind active simply aren’t available right now. That’s mostly something I can deal with, because it just feels like I’m at the end of some major project with no time for anything but that project.

But on days like today, when I’ve finished one big project and am about to finish another, I feel…uncomfortably uneasy. Because my normal go-tos—a dinner out, a movie, a play, even a trip to the gym to blow off some steam—aren’t available right now.

I’m not complaining. Just acknowledging. And that was the acknowledgement I hadn’t been willing to make a month or so ago.

I was clinging to that old schedule, without even realizing it, by refusing to deal with the phantom 2020.

It’s mid-May. The rest of 2020 will be remarkably different than the 2020 we had all imagined. But I can see enough of the shape of that future that I’m willing to record things in my calendars again. I’m even willing to add a few events—so long as they’re only a few months out.

I’m taking the tiny victories as a sign that I’m ready to move forward, out of the shock and grief, and into the changed environment, whatever it will be.

Getting to the calendars is a tiny victory. It’s a sign from my subconscious that I have accepted where I am now.

I’m sure you all have the same kind of internal measures. They’re probably not calendars. They’re something else, some process you’ve avoided, some way you usually behave that you haven’t done for a while—and not because you couldn’t. But because you just didn’t feel like it.

We’ll all move at different speeds through this thing, but one thing’s for certain:

We will find ourselves on the other side of it. What that other side will look like is still hard to predict.

But for me, at least, it will include scheduling and calendars and a bit of planning for the future.

And that’s a great relief.

“Business Musings: Phantom 2020 (A Process Blog),” copyright © 2020 by Kristine Kathryn Rusch. Image at the top of the blog copyright © Can Stock Photo / Loraliu.