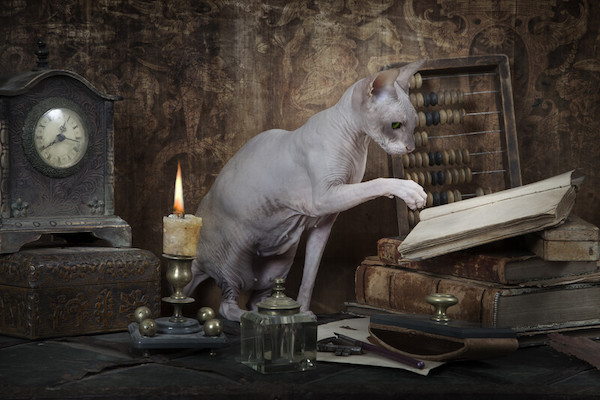 First, a bit of history.

In April of 2009, Perry Chen, Yancey Strickler, and Charles Adler started Kickstarter, a crowd-funding platform aimed at helping creatives of all types fund projects that—back in the day—couldn’t be funded through the normal arts venue. The concept is a fairly simple one. A person puts a project on Kickstarter for a limited period of time, asks for a certain amount of money from backers in exchange for rewards, and works to get the funding.

The work for the funding is different than, say, pitching to an investor or trying to sell a book into traditional publishing. The backers of a Kickstarter project are usually Kickstarter regulars or people who like that particular category or fans of either the person who puts up the project. Or all three.

In 2012, I convinced Dean that we needed to do a Kickstarter for Fiction River—not to make money, so much, because we had no idea how much money a Kickstarter of a magazine would make, but to see if we had any kind of audience at all.

We ran a very 2012 campaign, cutting edge for then, glaringly old-fashioned for now.

I chronicled some of what we were doing on this blog which—ironically—started the exact same month as Kickstarter itself.

Why is Games number one and Film & Video not? Because of community, attitude, and momentum.

In 2014, the Veronica Mars Kickstarter raised 5.7 million, 3.7 million more than the original ask, to make a Veronica Mars movie. A number of studios jumped on board, as did other filmmakers, videographers, and film creatives—only to learn that you don’t just put your project on Kickstarter and expect it to fund. There were lawsuits on some of the projects (mostly about ownership, which the industry is lax about until there’s money involved), and there were many, many, many unfinished projects.

Plus, the money to make a movie—and have that movie be good—is just the first step. Then there’s distribution, and a whole host of other issues.

Documentary filmmakers, who are used to doing everything themselves and then some, seem to be the most successful in this category, mostly because they’re realistic about their needs. If you scroll down in the Kickstarter statistics, you’ll see that the top category for projects that do not fund is Film & Video, with 46,000 projects that didn’t make their funding goal (and therefore got no money at all). Publishing is third on that list, with Games a distant fifth.

The difference lies in the history. Film folks mostly gave up. I’ve heard Kickstarter is for losers, or Kickstarters mean nothing, or No one does Kickstarter anymore from many of my contacts in film. I never hear that kind of talk from Games.

The main difference is community and control. Game companies handle their own distribution. They also encourage community. And inadvertently, they built a community on Kickstarter.

I asked Loren Coleman of Catalyst Game Labs to give me a succinct history of Games on Kickstarter. He also gave me the numbers, so I didn’t have to search for everything.

Just like Film & Video, the Game category exploded in 2012, but Game built on the explosion. So that you understand the numbers, here they are:

In 2011, the Game category on Kickstarter was only 3% of successfully funded projects. Not even negligible, really.

By 2019, the Games subcategory Tabletop was worth $200 million all by itself.

As with Film & Video, there was a gold rush mentality in the Games category, but the Game companies had more control of their wares, and they had loyal fans. Those fans became fans of not just whatever game they were backing, but of Kickstarter itself.

That’s a key point. Because the film industry (like the music industry before it after Amanda Palmer’s successful 2012 Kickstarter) flirted with Kickstarter; the game industry married Kickstarter.

The backer audience in the Games category grew large and stabilized, and became reliable enough that business-minded game companies could launch a product on Kickstarter, not just for viability (like we did with Fiction River) but to get essential seed money for a project that would exist for some time.

Publishing trickled along, but didn’t do that well. Some of us did, and the occasional project caught the attention of readers, but there was no real pattern to it. Those of us with an audience kept that audience, and drew other Kickstarter support from other categories, but not in the kind of numbers that Games did.

If you look at the backing statistics, you see that. Publishing has had 16,718 successfully funded projects of which (before this week) zero raised a million dollars or more. The bulk of the money raised was under $10,000.

This is because big players came into the Games category and continued to play there. The backers have formed a community there, and they will examine every single new game project that appears on Kickstarter. They won’t back every new project, but they’ll consider it.

There are also unified practices among the game companies. They studied each other’s successful Kickstarters and developed best practices. The backers of game projects could see at a glance if the project was worth their time, because of the rewards and the way the game companies handled themselves.

Both Dean and Loren believed that the Publishing subcategory Fiction on Kickstarter could develop the same kind of backer support as the Games category. It would take some unified best practices, though, and a willingness to support other publishing projects.

With that in mind, we started, through WMG’s Teachable account,

a free class titled “Kickstarter Best Practices For Fiction Writers,” run by Dean and Loren. WMG Publishing (which Dean and I own) made over $100,000 last year alone on Kickstarter, and last year, Catalyst (which Loren owns) ran a 2.5 million dollar Kickstarter. We’ve all done more than one successful Kickstarter, at a variety of levels.

But we were missing one element. We needed a big Kickstarter—something to (if you will) Kickstart the entire category.

And we got it this week. Brandon Sanderson is running a Kickstarter for a limited edition book for the 10th anniversary of the book’s original publication. Brandon has a large audience. His novels are traditionally published through Tor Books, and he’s been a New York Times bestseller for a decade or so, starting in the days when that appellation actually meant incredible sales. (Now you can hit the list at times with as few as 3,000 sales.)

He has a large audience, yes, but even he’s surprised at how well this Kickstarter is going. He asked for $250,000, and the Kickstarted funded within minutes. Every time I check out what he’s doing, I watch the Kickstarter amount click upward.

As I write this, he’s at $5 million. I’m sure it’ll be much higher when you go check.

Dean wrote an entire blog post about this, rightly pointing out that this Kickstarter is a game-changer, for a variety of reasons. One of those reasons is the changes it can bring to the Kickstarter community, changes that the rest of us can take advantage of, if we are smart about it.

Do you need a big audience like Brandon? No. You don’t. You need a great project. And/or you need to know how to evaluate the project you’re currently working on. It might be worth $500 (yes, you can have Kickstarters that small). With the right backer rewards, you’ll make some extra money on a project you’d do anyway.

Dean does a deep dive into Brandon’s Kickstarter in the Best Practices class. Head over and take a look.

We’re excited about this, for reasons other than the big Kickstarter itself. If we, as a community, do this right, this particular Kickstarter will make Publishing as formidible as Games.

I’ll explore how that happens in the next blog. And then I’ll look at how such changes can become possible…for all business-minded writers.

Kickstarter is, as we’ve been saying for years, another revenue stream. And it’s one writers should use. Done right, it will enhance your writing business.

Kickstarter is an opportunity all writers should explore.

After a lot of feedback, we’ve also decided to add a separate class on how to run a Kickstarter, including all of the details, in order. This is different from the free class, in that this one is hands-on, and will actually teach you how to run your own Kickstarter.

“Business Musings: The Kickstarted Game Changer Part One,” copyright © 2020 by Kristine Kathryn Rusch. Image at the top of the blog copyright © Can Stock Photo / alkir.

5 responses to “Business Musings: The Kickstarted Game Changer (Part One)”