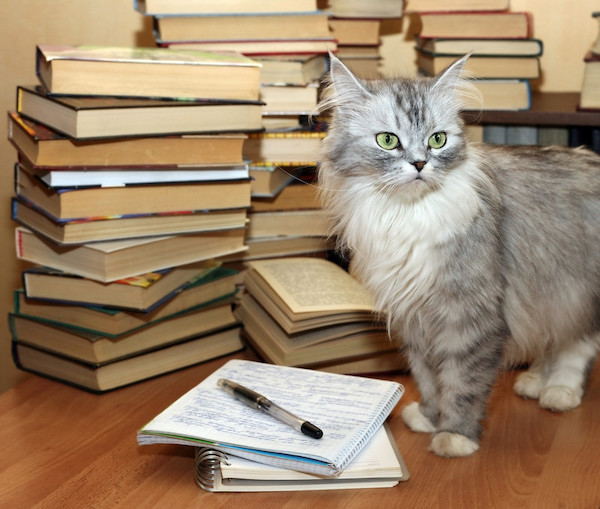 For decades publishing has been a stagnated industry, relying on fifty- and sixty-year-old methods to sell books. Most of the practices within the industry are also at least fifty or sixty years old. Sure, the industry has made some modifications to accommodate innovation, like the ebook, but those are minor tweaks.

If you’ll notice, most of the repeat New York Times bestsellers (even at the small numbers that it takes to hit the list) have been around for at least ten years. And that includes Brandon Sanderson.

Sanderson provoked this mini-series of blog posts when he launched a Kickstarter this month, and it flew past a million dollars within a day. This is important for a variety of reasons, a handful of which I explored in the previous post.

I’ve long had the sense that the publishing industry is moving at lightspeed—away from traditional publishers. If there’s an innovation, it comes from the indie (self) publishing side.

For example, Lindsay Buroker found this a few weeks back:

“Nowadays, some traditional publishers won’t even consider signing an author who has less than 10,000 email subscribers.” https://t.co/tpp1vukcPW

(Good grief. Is that true? Good luck getting 10,000 legit-fans-of-your-work subscribers before you’ve published any books.)

The opening line of this very silly sales pitch from a promotion company is this:

Nowadays, some traditional publishers won’t even consider signing an author who has less than 10,000 email subscribers. Even indie authors see a big jump in sales after they build an email subscriber base…

Except, maybe, to get a traditional publishing deal, which pays increasingly less money for scooping up most of the copyright. That copyright detail will become important in the third and final installment of this miniseries.

Traditional publishing is floundering. Its overhead is top-heavy, it’s still locked in expensive production contracts, it’s also paying New York rents, which, as of January of this year, had the second highest rental prices in the nation (only San Francisco cost more).

I’m sure a round of layoffs is coming in traditional publishing which follows the last-hired-first-fired method of getting rid of people. Which means that the innovators—the young people—will disappear.

Brandon’s Kickstarter should send waves of fear through traditional publishing for a variety of reasons.

1…The monetary size of the Kickstarter. As of this writing, the Kickstarter has earned well over 5 million dollars. It will cost money to fulfill the Kickstarter, not just for the items promised, shipping, and the salary of the staffers who will handle fulfillment (or the cost of a fulfillment service).

But for the sake of argument, let’s say that this Kickstarter finishes at 8 million dollars (which is what Dean is estimating, based on the way the Kickstarter is going in the middle here). Let’s use super huge fulfillment expenses and say that it will cost half of the earnings to produce and ship the rewards. (It will cost significantly less, but go with me here.)

That still means this Kickstarter will clear 4 million dollars.

In today’s market, no publisher can pay 4 million dollars for a book advance. Even if some publisher did manage to cough up that kind of money, Brandon wouldn’t get it all at once. He’d get it, probably in 5 (or more) installments—signing, turn-in, copy-edit, page proof, hardcover publication and paperback publication.

The most would be on signing—maybe a million right there or maybe not because again, I can’t see a publisher shelling out that kind of cash in 2020. The rest would be split in payments under $500,000, with at least 15% taken for the agent.

All in all, it would take three years to get the four million dollars for the book—if the publisher moved at lightspeed. Even then Brandon wouldn’t get the full 4 million. He would get 3.4 million, with $600,000 (minimum) going to his agent.

With this Kickstarter, he’ll get the full 4 million sometime in August. (This assumes that Kickstarter’s 5% fee is in the 4 million I set aside for expenses.)

Here’s the kicker though: This Kickstarter is for a single license—a leather-bound hardcover with beautiful interior art. Not for paperback rights or standard hardcover rights or ebook rights. Not for audio or anything that you might find in a standard traditional contract.

Just one little slice of the copyright.

In other words, the fans on Kickstarter are paying for just one version of a book many of them might have already read. There are still other licenses out there that could be monetized should an author (not Brandon) want to do this.

So if Brandon can clear 4 million on one slice of the copyright pie, think what would happen if he decided to Kickstart his next hardcover novel. Then Kickstart the paperback. And Kickstart the audio book.

Not all of them would earn 4 million, but that doesn’t matter. If he makes $500,000 on each of those Kickstarters, he would add another 1.5 million to his Kickstarter total (9.5 million) and since we’re saying it would cost half to fulfill, that’s another $750,000 up front, not counting the money that would come in from the ebook (which I haven’t listed here) or the sales to the general public.

2….The backer size of the Kickstarter. As of this writing, over 19,000 people have backed Brandon’s Kickstarter. This is a tiny percentage of his fan base—and that’s a good thing.

With that measure, 19,000 backers is a mere drop in the potential bucket.

Imagine if Brandon self-published all of his books, not just a handful of them. His fan base is not going to diminish. It is going to grow or at least remain the same.

He no longer needs the traditional publishing infrastructure.

And if he actually does the math, he will realize that as a self-published author he will outearn every traditional bestselling writer working today.

He even has the company that could help him do so.

The same amount of work, no control, and almost none of the money? What is the benefit to traditional publishing again?

Things like this Kickstarter will show business-minded writers what’s possible. It will definitely show traditional publishers that there are better ways to make money as a writer.

I expect to see a handful of traditional publishers try their hands at Kickstarter now with some “special” project. I also expect that “special” project to go as well as all those film/video projects from larger studios—that is—ending up as a failure.

That’s what traditional businesses like publishing do. They try something outside their usual model, and do it badly. Then it either works at much smaller-than-expected numbers or it doesn’t work at all. They decree it a failure, say only a handful of people can do it under special circumstances, and then they will dismiss it as unimportant.

The music industry did that after Amanda Palmer’s big push in 2012. The film industry did it after Veronica Mars.

Expect a lot of negativity from traditional publisher on this Kickstarter…because they have to quash it. They don’t want writers to see this kind of success—on a small license, using only a fraction of the existing fan base.

Because here’s what publishers know, but never tell their writers: Fans don’t care who the publisher is. Fans care that the next book comes out. Fans are loyal to the story first, the writer second. The publisher never even factors into the equation.

So when writers can go directly to their fans, the writers make more money—exponentially more money.

The film industry failed to do that. So did the music industry.

With Brandon’s Kickstarter being the…kickstart…the category needs, writers have an opportunity to create that community on Kickstarter. If you’re interested in being part of that, take our free class titled “Kickstarter Best Practices for Writers.”

This Kickstarter is just one reminder of that, at least for me. I hope it’s a bit of a wake-up call for the rest of you who’ve never considered crowd-funding.

There’s a lot you can do, even if you signed a bad traditional publishing contract. You just have to learn business, and you need to learn copyright.

Traditional publishing as we know it will never step into the 21st century. It’ll always remained rooted in practices that were developed long before anyone who works there was born.

But that doesn’t mean writers have to remain rooted in the past. You can move into the future—at your speed and in your way. And you can do what’s best for your projects.

If you just look around, and see what kind of opportunities await.

After a lot of feedback, we’ve also decided to add a separate class on how to run a Kickstarter, including all of the details, in order. This is different from the free class, in that this one is hands-on, and will actually teach you how to run your own Kickstarter.