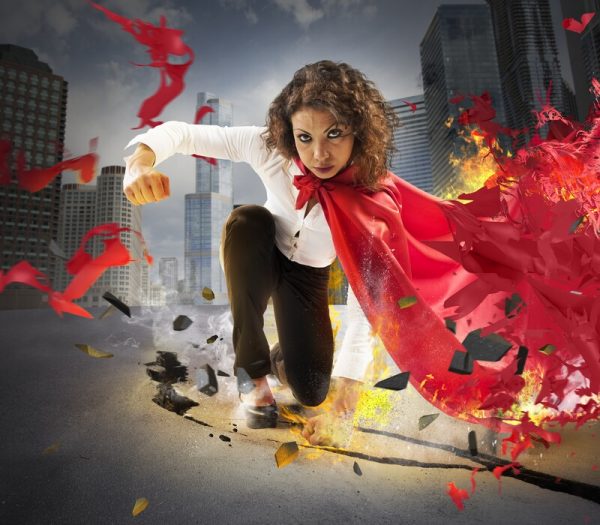 I was in a high school English class when I learned the Ernest Hemingway quote “Courage is grace under pressure.” I remember the teacher writing it on the board, and then dissecting it, and I remember being completely confused by it.

It’s the word “grace,” I think, which still in my mind brings out a host of things Hemingway didn’t mean. “Saying grace” for prayers before a meal. Being “graceful” as in pretty agility and/or elegance. Having grace, which can mean movement, or courteous goodwill, or as a verb, doing honor by being present.

What Hemingway meant, he said in a later letter, was remaining calm in the face of a situation that normally made other people nervous. Or, he said in an interview, he meant grace under pressure in a situation which most people said required guts.

In other words, typical Hemingway bullshit. Courage isn’t grace under pressure. Courage is a variety of things, and we’re seeing a lot of those things right now.

The parent who is holding it together until their kids go to bed, breaking down then while trying to figure out how to feed those kids because the unemployment insurance has run out or never arrived. The adult child dealing with a very sick parent, who might have COVID or who is in a nursing home and impossible to visit. The teenager who is caring for sick parents.

The medical professionals worldwide who have gone to work every day and dealt with a lack of equipment and crowds of patients so ill with a disease no one knows how to cure. The relief workers, the ambulance workers, the shelter volunteers, the food bank workers, and on and on.

It’s the courage to go forward every day, when the world around them is going to shit. Are they exhibiting grace under pressure? Probably not. Occasionally they’ll get mad or break down completely, sobbing uncontrollably.

The key is that they pick themselves up and dust themselves off and go back into the fray.

Courage is not something you’re born with or have innately. Courage is not even stepping up to the moment. Courage is living in that moment and moving forward, even when forward is dangerous or dark and murky.

Grace under pressure, my ass.

They reach for the future, the goal, the possibility of success—no matter how slight.

Because if they don’t, they know they will fail.

For years, I have said that writers need to take risks. Writers have pushed back at me, saying they’re not risk-takers, or they’re not like me (a brave and/or lucky woman, I guess). I mentally wave good-bye to those writers, because their excuses are more important to them than actually trying anything.

What I meant, though, when I said writers needed to take risks was something even simpler than that. Writers needed just a tiny bit of courage.

They had to put themselves out there. First on the page, and then by getting those words in front of an audience.

After watching truly courageous people this spring, risking their own health and their family’s health as they went to work stocking shelves in a grocery store or delivering packages to people who didn’t have to venture out in the worst of the pandemic, watching parents cope with kids trapped at home, and frontline workers sacrifice everything (including their lives) to save others, I’m done coddling writers. I’m really done.

Yes, it takes a tiny bit of courage to write and publish something. What’s going to happen to you if you reveal a tiny bit of yourself on the page? Are you going to get sick? Is a family member going to die? Will you lose your apartment? Will your kid go hungry?

No, of course not. Those worries you had as a writer about putting yourself on the page—those are Old World worries, pre-Covid-19 worries. Settle yourself down and apply yourself. Write something, for godssake.

If you can’t, well, then maybe you’re not a writer at all.

And those of you who want someone to take care of you, who want to be traditionally published because trad pub do all the work to make you rich and famous or at least published, take a look at this post from early in the pandemic.

Indie (self) publishing is better and safer. But it takes courage as well. Because now you’re flying without a net. You get to determine which of your projects see print, how they look when they do, where you will market them, and how much you publish.

You also get to choose how much you write, and (bonus!) you get to keep your copyright.

Okay, maybe you do want to try. Remember Yoda: Do or do not. There is no try.

Yoda: the original “If you’re not willing to do the work, get the hell out of my swamp” old guy.

It takes courage to publish your own work. To learn how to do it, and then to apply that learning to your brand new publishing business. Will you make mistakes? Of course. That’s part of learning.

But, remember all the courageous everyday people around you in 2020. It takes only a tiny bit of courage to publish your books. Not walking-into-a-crowded-emergency-room-and-doing-all-you-can-to-save-lives-when-you-have-no-frickin-clue-what-this-damn-virus-is courage. Just enough courage to step into an arena that you already want to be in.

So…what caused this rant, besides the world of 2020?

The first is a negative. Some barely published guy on Twitter decided to school me on the fact that traditional publishing is better than indie publishing. We had a back-and-forth in which he said, “Start from scratch and come back and tell me how easy self-publishing is.”

And I said, “How come you think publishing should be easy? It’s an international profession.”

It wasn’t that this guy made me mad. He didn’t. His insecurities and excuses made me roll my eyes. I’ve heard a variation on It’s hard to write/publish for thirty-five years now.

I’m just tired of the word “easy.” Actually, compared to a lot of things other people are going through right now, sitting down at a computer or with a pen and paper, and writing something is easy. Publishing is not as easy, but only because it takes a different learning curve.

Having success at writing and publishing? Well, that takes a great deal of effort. Years of effort. And the ability to take risks.

Or, in a different way of saying it, a tiny bit of courage.

The second thing that caused this rant is something very positive.

After taking our free Kickstarter class, writer Bonnie Elizabeth followed the guidelines and ran a small Kickstarter. She blogged about it here.

Bonnie calls herself “As a tiny, baby writer who can’t support a full-blown daily Starbucks chai habit with her writing most months.” Yet, she took the plunge, did the work, and ran a successful Kickstarter for her books.

Because she had the courage to do so. She took the risk. And it’s paying off.

Sure, she didn’t make millions like Brandon Sanderson is. She’s building, the way that all writers do. Even the big names started small. We build one reader at a time, one book sale at a time. Eventually it grows into something larger.

You need to read Bonnie’s blog post to see something else. That post shows you what writerly courage looks like. Bonnie took a risk. Note how she examined the risk, how she figured out what she was going to do, where her expectations were.

And then she did. She didn’t try. She went for it.

Was it easy for Bonnie? I don’t know because I didn’t ask her. Who uses the word “easy” when it comes to publishing? Oh, that’s right. The people who are going to whine about how they don’t get the opportunities that “famous” people have.

Making excuses about what a great writing career you could have had if only someone else had given you a break or if you were as lucky as this other writer or if you had a fan base is pre-pandemic behavior. If you don’t plan to work at being a writer, let me give you your excuse: The world changed and now no one will make life easy for you.

If it offends you, then work at proving me wrong. Work at having a great writing career.

But if you’re not willing to work, then leave me the hell alone. I’m much more interested in writers like Bonnie. Writers who actually take the plunge, writers who do something that everyone else thinks is “too hard” or “impossible if you don’t have a fan base.” Writers who actually write and publish.

Writers who are worthy of the title “writer,” because they write and they have a career.

It makes all things possible…when viewed after the fact.

I’m currently running a Kickstarter as well for my latest Diving Universe novels. We’re sending out the two latest books early to people who back the Kickstarter. There are many rewards for readers, and a few for writers. Check it out.

In addition to the free Kickstarter class I mentioned above, we (through WMG Publishing) are offering a separate class on how to run a Kickstarter, including all of the details, in order. This is different from the free class, in that this one is hands-on, and will actually teach you how to run your own Kickstarter.

“Business Musings: A Tiny Bit of Courage,” copyright © 2020 by Kristine Kathryn Rusch. Image at the top of the blog copyright © Can Stock Photo / alphaspirit.

13 responses to “Business Musings: A Tiny Bit of Courage”