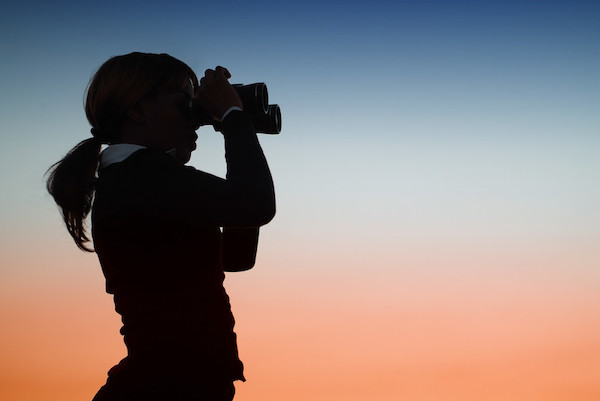 This week, I wrote the 300th blog post under the name “Business Musings.” That name is the third for the regular Thursday blog. At first, I called it “The Freelancer’s Survival Guide,” at least until I finished that book (after more than a year of posts). Then I switched to a reader-suggested name “The Business Rusch.”

I wasn’t fond of tying my name continually to business because I’m also a fiction writer. So when I took a six-month hiatus while working on the big Retrieval Artist story arc, I came back with this third name, “Business Musings.”

Three hundred and one posts ago.

Except for that six-month hiatus, I have blogged for eleven years straight. Every Thursday. I forgot to mention the tenth anniversary when it skated by in 2019. I made a mental note to remember the eleventh anniversary at the beginning of 2020—which is, exactly, 500 years ago now. Of course, I had other pressing concerns on April 2, which was the anniversary. We all did.

I was thinking of that on my morning run today. I have been going through a long cycle of songs on my runs. I’ve combined a summer playlist with my summer songs (that I can still stand) from the past decade or so. What caught my attention this morning was a song I had forgotten, which I listened to a lot in my early running days—Clint Black’s 1993 hit, “No Time To Kill.”

The second verse of the song postulates that if we had known ten years ago what today would bring, would we change our behavior at all back then.

I contemplated that idea for at least half a mile or more, and then decided that I’m glad I didn’t know ten years ago where we—America, the world, us individuals—would be right now. I’m glad that 2020’s darkness was a surprise, rather than something we knew was coming.

Which then brought me around to Winston Churchill’s eulogy for Neville Chamberlain in November of 1940 (which I’ve mentioned before in this blog). Churchill said,

It is not given to human beings —happily for them, for otherwise life would be intolerable—to foresee or predict to any large extent the unfolding course of events.

Exactly. Imagine if we had known we were spiraling toward this awful year and could do nothing to stop it. The very idea makes me shudder.

I constantly write about the future here. About planning for it and guessing what might happen and doing your best to make the right decisions for you, your career, and your family.

I had not expected a global pandemic that would have a major impact on every economy in the world. However, I did know from my study of history that there was a good chance for a major worldwide crisis in my lifetime. I expected another world war, though, not a combination of the 1918 flu, the Great Depression, and the worst leader (in America) that we’ve had in the modern era.

In 2016, I knew life would be difficult under the inexperienced (and intellectually shallow) Donald Trump; I did not anticipate this level of difficulty.

That changed a lot of my plans and our businesses’ plans as well. Dean, Allyson, and I responded quickly to the changes because of our history.

I will discuss some of that in the next blog post.

But I just wanted to acknowledge the milestone. I figured I would quit blogging about the writing business and the publishing industry when I stopped learning, or when the changes have slowed down.

I was thinking of quitting in 2019, because I thought we were stabilizing as an industry. All the signs were there. We could actually predict how books would be received, where the sales would come from, and what would be best for writers in a whole variety of ways.

Discussing licensing and the changes it brings to a writing business made me realize I had at least two more years of blogging, just on that topic—which I did in Rethinking The Writing Business, as well as in some follow-up posts (including one just last week).

Glad that kept me interested, because—to paraphrase Margo Channing in All About Eve—fasten your seatbelts, it’s going to be a bumpy decade. The publishing industry—or rather, I should say, the traditional publishing industry is in for a world of hurt.

We’re only at the beginning of this brand new revolution in publishing and much of it will be brought on by the depth of the economic downturn. Right now, that downturn is pretty harsh. According to Bloomberg earlier this month, small businesses are dying by the thousands and no one is keeping track because “real-time data on small business is notoriously scarce, and because owners of small firms often have no debt, and thus no need for bankruptcy court.”

In other words, all the business does is shut off the lights, cancel the utility service, give their landlord notice, close their bank account, lay off their workers and, if appropriate, hire a truck to remove merchandise. How many of these small businesses are independent bookstores? I know of several already that have closed. I’m sure there are many more I’m unaware of.

Online book sales are increasing, just like online everything is increasing. But will that be enough? And can traditional publishers pivot to lower ebook prices so that these publishers can retain readers?

I have theories. I need to research them to know what’s really going on.

A lot of indies ask me why I pay attention to traditional. It’s because so many writers are still trapped there. And a lot of indie writers emulate traditional publishing without asking why. So if traditional is doing something new(ish), then indies will pick that up without assessing whether or not that new thing is good for business.

All of that is fodder for future posts.

I’ve also been engaged in some negotiations of my own with a few traditional bastions, and I’m not sure, honestly, if I should be. I’ll assess that as time goes on as well. The changes are hitting every aspect of the entertainment industry, and where we’ll end up is anybody’s guess right now.

I’ve got theories, but they’re just that at the moment: theories.

History is usually my guide, but in modern history, there’s never been a confluence of events like this one—a pandemic, a slow-moving economic collapse, and an inept government response making it worse. What happens here in the U.S. matters to the rest of the world because in the post-World War Two world, the rest of the world relied on us economically. So much of the world economy is tied to ours. Those ties are unraveling (so that the other countries can preserve their own livelihoods), and that too will present a business challenge for all of us.

Suddenly, that stabilization I thought I saw—I did see—is gone. Everything is in turmoil. And the changes require a deftness from all of us that makes the past eleven years look easy.

We’ll have to work together. I’ll be blogging on this about what I’m going through as I negotiate these changes. I’ll also be, I hope, learning from all of you as you find better paths toward the future through these bumpy roads.

So thank you, everyone, for being part of this eleven-year-plus journey. I greatly appreciate your comments, your feedback, and your support.