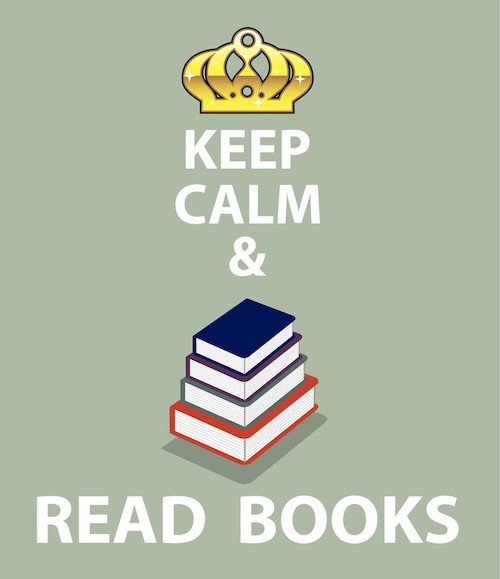 I grew up in difficult times, not just for the world, but for my family as well. My family’s difficulties paralleled the difficulties around us.

For example, my nephew, the first baby I ever held, died the same week as President John F. Kennedy. As the country reeled from his assassination, my parents and my brother and his wife drove to my grandmother’s home in another state with a little coffin in the trunk at the same time that the entire country had shut down for Kennedy’s funeral. I’ve heard tell of that drive. Apparently it was dark and empty and scary and sad.

I don’t know. I was home with my 19-year-old sister, watching the funeral on television. I was three, and remember it all very well. I was three, so I believed that when someone you loved died—like my little nephew—the whole world mourned. I had no concept of presidents or countries.

As the country was ripped apart in the civil unrest of the 1960s, my father lost his job. He was a whistleblower, someone who stood up for injustice, and read a list of grievances on national television. He couldn’t get hired anywhere after that, until a friend of his gave him an open position in Northern Wisconsin. It was a come-down in salary and emotionally. My father always thought of himself as a charity hire.

His ego did not survive. He was a drinker anyway, and that sealed it. He and my mother drank their way through the rest of their lives, and had so many drunken fights that the ER at the hospital would check to see if they were sober before treating one of them.

Eventually, I became a teenager with some freedom and agency. I joined every school club I could and found ways to stay out of the house from seven in the morning until eleven at night, coming home only to sleep. I didn’t eat much—alcoholics don’t care how their food tastes—so I was much too thin.

I have no idea how I would have survived any of this had the COVID pandemic arrived when I was in school. I would not have stayed home with those two people. I simply can’t imagine it.

But I would have figured something out. I always did. And often that something had to do with books or movies or theater. I used to tell stories to myself. The earliest story I can remember telling myself arose out of three tiny nail holes in the bathroom. I would pretend three mice lived in them, and I told stories about those mice.

I was three…right around the time my nephew died. Those three little mice provided friendship and an escape for me.

I wrote my first novel at seven (about the time my dad was whistleblowing) and wrote a magnum opus of fan fic in junior high. I read everything I could get my hands on, watched “too much” TV, saw a movie every weekend (even if I had seen the movie before), and did everything I could to escape the wretched now.

My life improved after I moved out of my parents’ house (never to return), but by then I was formed. I used stories the way some people use alcohol. And if I couldn’t find a story I wanted, I wrote one.

I love where I live now, and am very lucky in that I feel no need to escape anything…except the hellscape that is 2020. I am writing this before the U.S. election, as COVID deaths here in the U.S. are rising to awful numbers again. Friends are dying, family is ill, and I rarely see anyone who is truly happy.

I know the difficult will continue, no matter what happen(s)(ed) on Tuesday. We have some bleak months ahead, with an uncertain future. I think about that a lot on my daily runs, because I see the neighborhoods change. I run by the closed high school for the arts every day, and worry about those kids, who are stuck at home. I see people wearing masks, walking their dogs. Little things have changed. Everything has changed.

This week, I’ve been reading through the paper version of Entertainment Weekly (Monthly)’s November edition. The editor, JD Heyman, wrote a lovely introduction to the magazine, which I can’t seem to find online, titled “Hope and Storytelling.”

I read with great interest, because he reminded me of family history and darkness and the bad old days, and the way we get through it all. Because I can’t share the article with you, I’m sharing part of it.

Americans are inveterate storytellers…. The resources that sustain our natural world are palpably finite, but the human capacity for invention is ingenious and without limit. Even now—especially now—we find solace and inspiration in our yarn-spinning; it confronts sorrow and sustains us in a random universe.

When I read that, I wanted to stand up and cheer, applaud loudly and wave my arms, maybe throw in a bit of a “Whoop! Whoop! Whoop!” Because he’s right.

Storytelling got me through childhood and my teen years. Storytelling has been central to my life for decades now. Sometimes I think of storytelling as my business and I get very serious about it. But the very best days at my “job” are days when I sink into the story, when I lose myself behind the words, and find other lives, other ideas, and other worlds.

My world at the time of the writing doesn’t have to be a bad place, a place to escape from. It’s just nice to go somewhere different, and spend some time, even if—especially if—that difference is imagined.

I give myself two rewards at the end of a long day. I read someone else’s work  and then I watch a bit of television. I found myself growing restless this summer between streaming shows. Dean and I would find something interesting, watch all of it, and then search for something new.

During that search I was uncomfortable, because I enjoyed that respite from 2020, even if the respite was in a Canadian city where time travelers have screwed up the timeline (Travelers) or in London with some hopeless folks who couldn’t quite see they were meant for each other (Notting Hill the series).

Those moments are a rest, a “comfort” to use a word that Heyman uses more than once in his short little essay. In fact, he ended with this:

All good stories have reversals, but we carry on to their endings not so much for bland happiness but for the jewel that is hope.

In the days leading up to 9/11 in 2001, I found myself in conversations with some writer friends about the value of our work. I thought of that often in the week after 9/11 when the despair and terror here in the U.S. seemed unrelenting. Escape was necessary. I ended up reading fantasy novels that had nothing to do with “realistic” fiction at all, and learned once again the value of escape.

I find myself using the word “escape” a lot these days. When I wrote the introductory blog to the Big Time Storybundle which is running right now, I wrote,

Fiction helps us escape. Fiction helps us pass the time. Fiction takes us to new places, new events that are off-limits in this Covid world. Fiction reminds us that other people survived bad times. And fiction teaches us what’s possible.

I seem to harp on this same theme in my cute little promotions featuring my cats on Facebook. And I mention it over and over again as I’m promoting the Kickstarter for this year’s Holiday Spectacular. I will lean into that heavily in the next few weeks, as the Spectacular gets closer to starting. Holidays will be different this year, and I think the Spectacular can help them be joyful even in this difference.

So clearly, I was noodling with the idea of storytelling and escape for months now. But it wasn’t until I read Heyman’s introduction to the November EW that I realized I was thinking outward, not inward. Meaning this: The Holiday Spectacular, the Big Time Bundle—they provide escapes for other people. I’ve already read and loved the material.

Escape for me comes in the form of other people telling me stories (books, TV, movies), and I was aware of that too.

But I had forgotten somehow that me telling me stories is an escape as well. I’m not writing for my job. I’m writing because it’s what I do…to get through the day. It’s my alcohol. It’s the thing that takes me out of the worries of daily life (when daily life is stable) and out of the sheer unmitigating stress of the ever-present now that we’ve lived in since January.

I have no idea how I’d forgotten that. Maybe I hadn’t needed to remember.

I did find, though, that once I reminded myself of storytelling as a me-to-me activity, my focus returned. I was able to write more and with greater concentration than I’d managed since 2019, and maybe even before that.

After all, you can’t lead others on an adventure that you’re not enjoying. The lack of enjoyment shows in that instance, and readers bail out.

But if you love what you’re doing—even if it’s dark and challenging—readers will travel there with you. In the words of Heyman “not so much for bland happiness but for the jewel that is hope.”

Storytelling is an act of hope.

Dark times, light times, good years, and bad years, we tell stories. Because that’s who we are. It’s how the human race survives.

It’s how we get through, each and every day.