What a month of distractions. The election, weather weirdness, an actual run!, and so much more. It’s been tough to find the time to read at times, just because the days are so full. Still, I managed.

I tried very hard to read a book by a writer whose work I adore. The book had what we call anti-reader cookies for me. A plethora of them. A carnival, an insane protagnist, and children in jeopardy in a noir setting. The writer is damn good, and I made it about a third of the way through before I couldn’t take it any longer. I bailed. But it slowed down my reading for a while. I discovered I was doing anything but picking up a book.

Then I blew through a couple of novels, and loved them. They’re below, along with other favorites. I didn’t have a lot of recommendations for October, but everything here is good stuff. 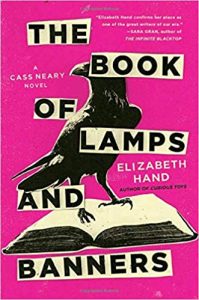 Hand, Elizabeth, The Book of Lamps and Banners, Mulholland Books, 2020. Whoever designed the cover for this marvelous novel really needs to be fired. I have no idea what they were thinking. This is a noir novel. It’s a Cass Neary book for heaven’s sake. It doesn’t deserve bright pink or that terrible, awful horrible paste-looking design, which has almost nothing to do with the book. The crow and the book itself, those are related to the novel, but the rest. Horrid.

Thank heavens for Liz Hand that no sensible publisher will count bookstore sales at the moment. Because the only reason someone would grab this book in a bookstore would be to show the ugly-ass cover to a friend and laugh about it.

Okay. That’s off my chest. Now, onto the book. I love Liz Hand’s work and have since I published her stuff in The Magazine of Fantasy & Science Fiction. I try to read all of it. My favorites, aside from “Last Summer at Mars Hill,” are the Cass Neary books. Cass is a drug addict, unreformed alcoholic, aging punk who probably looks as scary as she sounds.

But she’s well read and funny as hell. She describes an ex-burb of London like this: A service road led into a parking area crammed with rusted caravans and panel trucks and carnival trailers. The light from an old-fashioned wrought-iron streetlamp made it resemble some bleak outer borough of Narnia.

The entire book is filled with observations like that. I suspect if Cass were a real person, she’d be someone I would be friends with—reluctantly, because she’d be more trouble than she was worth. But she was worth those wonderful biting comments, the perspective on the world that you can’t get anywhere else.

Don’t start with this one. You need to see her evolution. Start with Generation Loss. And meet your most difficult friend, someone you shouldn’t go drinking with, even though you do. 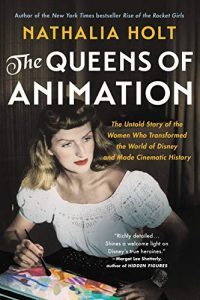 Holt, Nathalia, The Queens of Animation, Little/Brown, 2019. This was a bit of a difficult read. Not because the book was poorly written or anything, but because of the timing. The book focuses on Disney and the way it treated its female animators. It starts with one of the animators running out of a meeting with a group of abusive men (and they were all abusive, at least verbally) in tears because she had to defend her work.

Every woman who had a job in the 20th century knew those guys. And unfortunately, some women who work in the 21st still have to endure those guys. I emotionally wasn’t as ready for this book as I thought, particularly when it came to the way that individuals were treated, and how their lives ended up.

Still, the contributions are important and the recognition more so. The book is well written, the women endlessly fascinating, and Disney…well, Walt himself was a piece of work. At some point, I’d like to read a business history of the studio, because the early days sound terrifyingly uncertain.

Worth reading, but make sure you’re in the right mental space to do so. 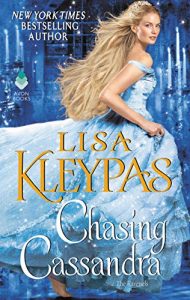 Kleypas, Lisa, Chasing Cassandra, Avon Books, 2020. I’ve had this book since before the pandemic lockdown in March. I haven’t really felt like reading romance, although Mary Balogh slipped in last month. This one slipped in one tired night when I couldn’t face anything negative, at all.

The problem, when I’m in a mood like that, is that the writer also needs sentence-by-sentence and descriptive chops. Kleypas has both. This is part of the Ravenels series, which I’ve read, but mostly have forgotten (her characters all sound like each other). It took a few minutes to get up  to speed, but once I did, I was okay.

Cassandra, our protagonist is a bit of a cipher for me, possibly because it took a while to remember the earlier books, partly because she’s not anywhere near as interesting as Kleypas’s usual female characters. The hero, though, is a sort-of villain from previous novels, and it turns out that he’s probably on the spectrum. Not that anyone could have diagnosed that in 1876. But it was interesting to read about a character I hadn’t seen in romance ever. He’s very literal and not sure how to use his emotions, but once he learns, he learns well.

He kept me reading, even after I got past the need for something positive. And when I finished, I went to order the next book, and there’s no preorder. There should be. I hope that there will be more, but with the cuts coming to traditional publishing, I’m not holding out hope. (Yes, I will blog about that in the future.)

In the meantime, if you’re going to read Kleypas, you might want to start with a different Ravenels book. They’re all good reads.

Schmitt, Preston, and Erickson, Doug, “The Blast That Changed Everything,” On Wisconsin, Summer, 2020. When I was a kid, we traveled to Southern Wisconsin every summer to see my grandmother and my Aunt Esther and Uncle Andy. Sometimes we saw other relatives as well.

My father got his Ph.D from the University of Wisconsin-Madison, and loved the school with an amazing passion. When the unrest of the 1960s centered on the UW campus, my liberal father had no idea how to process it. And then, some idiots bombed the Army Math Research Center, housed in Sterling Hall, killing a researcher.

My father was heartbroken. We were in southern Wisconsin for our trip, and so, over the objections of my mother, we drove to the bomb site. I remember the cratered-in building, the devastation nearby. Everything was blocked off (we must have come right away) and there was a chemical stench in the air.

When the Oklahoma City bombing happened over 2 decades later, I saw the devastation right after it happened and said to Dean, “They used a fertilizer bomb.” I knew that because the destruction looked exactly the same.

And then, to top things off, Karleton Armstrong, one of the bombers, got out of prison…and joined a writing colloquium one of my professors held at a local restaurant every week. Armstrong scared the shit of out me, but I watched him with great interest from afar. He was planning to write a book about his experience, but then the Son of Sam law got passed, and Armstrong faded out of the writer community. Thank heavens.

I’ve been obsessed with the Sterling Hall bombing since I saw the result. Each incident made it clearer to me. The On Wisconsin Alumni Magazine interviewed survivors and had people write in about their experience, and even though I’ve been reading about this incident for at least forty years, I didn’t know half of the details in this article.

If you want to know what happens to people in a catastrophic event, people not in the exact center, this article will show you that. Fascinating.