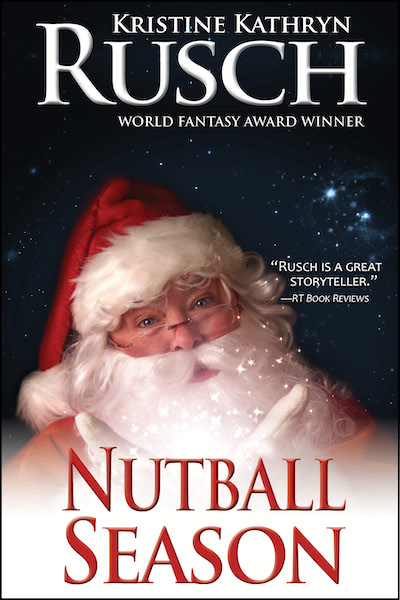 According to Officer Nick Mantino, Nutball Season runs from Halloween to Christmas.  This Christmas season, he sees more than his usual number of nutballs.

Like the geezer who thinks he has been cast in Miracle on 34th Street. And Mrs. Billings, who tells everyone she will shoot Santa if he lands on her roof.

Mrs. Billings’ threats scare the local children, so Nick must investigate. What he finds in Prudence Billings’ house scares him too—and makes him wonder if he will join the list of candidates for Nutball of the Year.

“Nutball Season” by World Fantasy award-winning author Kristine Kathryn Rusch, is free on this website for one week only. The story’s also available as an ebook through various online retailers here and is part of the short-story collection Santa and Other Christmas Criminals, which is available in ebook and trade paperback here.