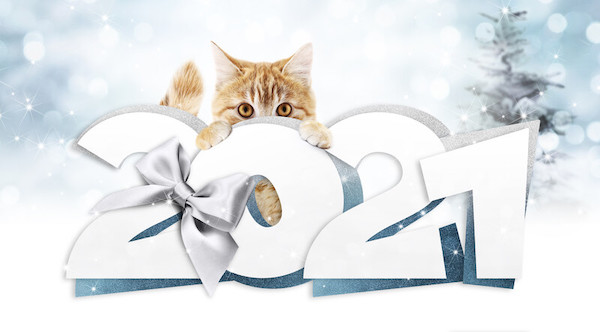 Author’s Note: I wrote this on January 3, which (in case you’ve lost track in this already long year) was three days before January 6, when insurrectionists attacked the U.S. Capitol.

I still have high hopes for 2021. We just have to go through some 2020 bullshit here this month on the political side. On the COVID side, yes, things are so awful and going to get worse.

Here’s the thing: The fact that I did all of these things at the end of 2020 and on January 3 made it easier for me to get through the initial turmoil of last week. I kept my word count. I stayed on my schedule. (It helped that I had scheduled a few hours for the Georgia run-offs.) I actually got things done, when so many didn’t. In fact, some of what I got done was fun, because it took me out of this world and into a fun one from my imagination.

So here, for what it’s worth, is the January 3 process blog.

I have probably laughed more today than I have laughed since the pandemic started. Some of that is just the delight my inner twelve-year-old took at a great insult I saw on Twitter, referring to a sitting U.S. senator as a pendejo shitwaffle. (Yeah, I have a pottymouth, and I admire creative invective beyond all measure.)

But some of the laughter is from relief. We’ve actually made it to 2021. I realized on January 1 that I wasn’t sure 2021 would ever arrive. Not just for me and Dean, but for the world. 2020 was never-ending, and I’m sure the front part of 2021 is going to be equally ugly, but there’s hope on the horizon.

(As I write this, on January 3, I am listening to a best-of-2020 music countdown on the radio, and the D.J. begins with that exact sentiment. He called 2020 the year that seemed like it would never end, and confessed {as I was writing the same words} that he believed 2021 might never come. It didn’t for a lot of people, but the rest of us have moved into what might be a brighter year.)

Regular readers of this blog know I buy several calendars for the new year. It took a heck of an effort to buy calendars for 2021, but I managed. But I didn’t fill them out until the last few days of 2020, and then, I only filled them out with the deadlines someone else had given me. (Editing tasks, WMG work, possible in-person 5Ks)

It wasn’t until my morning run on January 1 that I realized I had defaulted to chronic illness mode in 2020: I had decided not to make any decisions on what I was going to do. I would just finish what I could finish.

That works beautifully in a crisis. It takes the pressure of deadlines off entirely, and keeps the critical voice at bay. (Critical voice—at least mine—hates missed deadlines.)

But as I ran that morning I realized I needed a push in 2021. I’d done my duty in 2020. I’d survived it. I’d masked up and given as much as I could in a variety of areas. I’d voted and helped others to vote. But now, the national and international problems were (are) in the hands of others. I’m giving a shit-ton of money to charities right now, but those are on automated payments.

I actually have some bandwidth for the future.

Or rather, I’ve decided to believe there is a future.

A side note: one of the things I hate the most about 2020 (okay, maybe not the most but a lot) is that 2020 made all of us aware of how fleeting life is. We’re all hyperaware of our own mortality, to such a level that an errant cough terrifies all of us. (Do I have it? Did she just infect me? Will it be bad? Will I give it to the wrong person?)

Still, I’m learning to live with that terror. It’s not gone, but it’s not new either. I’m vigilant, but some of that has become a habit. To the point that when I leave the condo, I feel weird if I haven’t put on a mask before I walk out the door.

It takes a lot of mental energy to learn a new world. I’ve done it twice now in the past 3 years. The first time was the move to Vegas, and just as I got comfortable—COVID! The move was a good thing; the pandemic a shitstorm. But, as I said to my neighbor this morning, we’ve adapted to the new normal. And there are vaccines on the horizon, whenever they get here.

It’s been amazing to me to see how much of my brain had been engaged with learning this world we find ourselves in. Some of the pressure has left with the arrival of the vaccines, and the knowledge that there will be a path out of this COVID hell. Some of it is, frankly, the arrival of a new administration here in the U.S. And some of it is the arrival of 2021 itself, something I didn’t think would happen.

I came home and wrote on a Post-It: Plan small things for 2021. By small things, I meant big things. My entire writing plan. Which meant I had to write up goals. I had to think about the future.

And more importantly, I had to believe the future was possible.

I sat down yesterday and outlined my entire year, with the mental acknowledgment that achieving every goal will not be possible.

That mental acknowledgement is the same one I’ve had every year except the last three. I used to plan, then revamp when I hit a roadblock, then repeat as needed.

If I hadn’t been ready for the new set of deadlines, I would have awakened depressed or angry or terrified this morning. Instead, I had more energy than I’ve had in maybe an entire year, maybe more. I was—and am—invigorated.

I guess that means I was ready. It also means that I’m ready to juggle if things go awry. Not big COVIDy awry. Just personal life awry. A new project getting shoved in or an injury that interferes with my running goals or someone (me?) so excited over the return of concerts and theater that I lose the last half of the year. (Okay, let’s hope they’ll return by then.)

So I planned my small things, which are really big things, and I’m better for it. I’m still wary about the months ahead, but I’m ready to face them. Which is more than I could say for 2020. I was trudging through the days, heading toward milestones that marked my journey through the year. (It went from If I can make it to Friday to If I can just make it to the election, I’ll be okay. Then I’ll know what’s next. If I can make it to Thanksgiving, I’m nearly out of this year. If I can make it…you get the picture.)

It’s not quite normal time. I’m still too hyperaware of the fragility of everything around me. But I’m a lot more relaxed than I was even a week ago. And that makes not just writing possible, but planning possible.

And that feels good.

I promised you that I would be interrupting my review of 2020 with the occasional blog on other topics. This is one of the interruptions. If you want to read the entire review of 2020, you’ll find it on my Patreon Page. Otherwise, you’ll see those posts weekly through the end of January.

Thanks for joining me here. I wish you only the best in 2021.