Business Musings: The First Bump in the Road (A Process Blog)

Business Musings: The First Bump in the Road (A Process Blog) 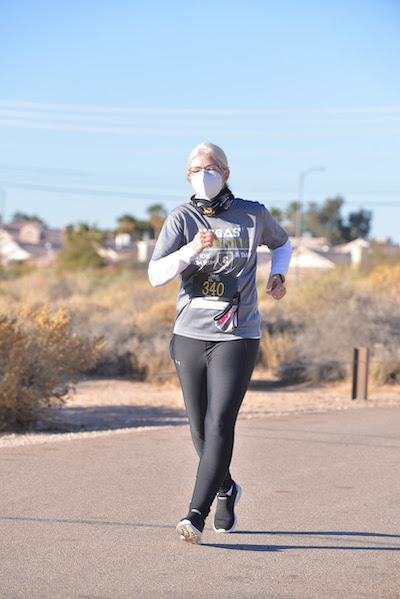 The deadlines pushed me—hard. With those, and my Spanish class deadlines, and some other things I’m doing, I found myself making choices to do more work than I had in a while. In other words, the deadlines are working for me.

I just hit my first bump in the road.

I’m writing this in mid-February, which is exactly when that bump should appear (if it had a deadline). I’ve been working the deadline system for weeks now, so problems are going to arise.

(And, if you’re reading this on the website, you’ll note a trend. I’ve been writing a few weeks ahead for some weeks now. My Patreon followers get the regular blogs when they’re finished, but the posts show up here once a week.)

The problem I ran into? I didn’t plan for touch-ups, business idiocy, and sudden if-you-don’t-do-this-the-project-will-die drop-ins. I thought I had budgeted enough time for those things, but I hadn’t.

I lost a goodly portion of last week to reviewing two different novels, one of them Diving (130,000 words) and the other that write-it-just-for-me novel I mentioned a few weeks back. I also had some business matters that just couldn’t wait (and if they could, wait for when? I hadn’t budgeted time for them).

And then there’s this Spanish class. I love it. I’m really in deep, but the professor is the kind of professor I would be. She assigns more work than we can do, and figures if we get half of it, we’re doing well. I’m there to learn, so I’m doing all of it…slowly…and not as well as I would like. So rather than spending 9-10 hours per week (plus class), I’m probably putting in 15…on slow weeks.

And of course, there’s Real Life. Sometimes Real Life takes actual time away from work/writing life. I didn’t budget enough there either.

All of that means I faced a choice this week. On my schedule, I had a certain number of short stories I wanted to finish this year, which meant that if I were organized, I’d divide by four, and finish a set number every quarter.

My muse, who really hates rules, decided to write novelettes (one might be a novella) instead of shorts that I could finish in a week.

As a result, I got two-thirds of my quarterly shorts deadline done—and none of the research that should have been going on concurrently with the short story writing.

My computer calendar has been sending me notifications for a month now that the next long project needed to start on 2/15. That project will take me until May 15, maybe, if I’m lucky. (I built a week or so around that, give or take.)

I assigned myself some think time about all of this on my morning runs. (I usually don’t assign any kind of consideration on those runs. I just…run.) I slowly came to some conclusions:

My subconscious knew that, and was ready to blow off the remaining stories in this quarter’s allotment.

The other morning, I realized as I ran, that I mess around with work all the time—in order to meet my deadlines. For example, last week, I couldn’t finish one of my personal Spanish projects. (I’ve added some vocabulary work, because vocab is my weakness.) If I was going to hit the important deadline—a short essay—I had to set the less important Spanish task aside.

I’d been doing that kind of juggling since I started studying again 18 months ago. What I realized was that it was okay to do that with the writing.

I had learned how to be very rigid when I was sick, because I had to be. If I didn’t finish a task, I would never return to it. Or I would get months or years behind. I simply didn’t have the ability to concentrate the way I wanted to.

That’s not an issue now, and I had to relearn how to be flexible. One of the things about being flexible was knowing what could be set aside to meet a particular deadline—and no, sleep was not the thing to set aside. (I don’t want to invite the chronic illness back into my life.)

Most likely, when I write a process blog in October or so, short stories will be higher on my priority list, because I need to have them done by the December 31 deadline. I need to have time to spread out when the muse is feeling voluble. So I have to build that into the fall deadlines.

Also, this fall, I will be adding back in concerts, plays, and movies (in the theater). I will have to schedule those times away as if they were part of another class. We’ll also be back to the (near) weekly race/runs, which is great, but will eat a small portion of my Saturday.

That’s what happened last Saturday. The race(s) we did were a double—one in the morning and one in the evening, which we had done last year too. Fun, but it took most of the day. And since I got up early, screwed up my sleep.

I’ve been trying to teach myself about rest too. That’s still a problem for me. Because when I was sick, rest was not voluntary. I would just collapse. Now, I can work a lot, and then I get tired, and then I get worried that I’m tired because I’m sick. Nope. Tired because I forgot to rest.

I’m trying to build that in as well.

What I did after all of those realizations was sit down and revamp the schedule. By not moving the big project’s deadline, I was able to keep 90% of the schedule. I had to change the short story schedule only. And I made a note on the July rescheduling (a planned one) that I’ll need to add in time for various concerts, etc.

I’m still a bit gun shy from 2020. I don’t want to add any concerts yet, even though the entertainment part of Las Vegas has dates set up for the fall because we’re all assuming we can have concerts and theater again. But I’m not ready to trust that assumption. I’ll wait a month or two before making any decisions like that.

I have noticed that I’m spending less time worrying. Dean has his full vaccination. I haven’t gotten mine yet, but I trust I’ll have them (it?) by May. I’m vigilant about masking. I’m less scared of the virus than I was—now I know that Dean’ll be okay. Now, it’s just me to worry about, and I’m not doing much interacting with potentially sick types.

The news has settled down to pre-Trump normal. As one reporter said, we don’t have to monitor the guy’s Twitter feed to see if he decided to start a war. Now, information comes in digestible chunks through a variety of sources and press releases and investigative journalism (it’s back! There’s time for it!). And all of that can be consumed on an as-needed basis.

So that time got freed up too.

Soon it’ll get filled with walking to lunch again (and restaurants!) and going to the gym at least once a week. But that’s okay. That’ll work.

I had a pretty productive 2020, all things considered. But I really had to block out a lot of noise. Blocking was a fight that I’m not doing as much now.

It also feels good to be revamping a schedule—right on schedule.

That’s the important thing about schedules. They need to be flexible, to accommodate whatever comes our way.

And if 2021 does continue to be easy to foresee, then I’ll have another revamp of the schedule long about May. And another in July as I look at the last half of the year. There will be a scheduling panic in September, as I worry that I’ll miss my targets, and a lot of prep for 2022.

I’m looking forward to all of that.

I missed it, more than I can say.

One response to “Business Musings: The First Bump in the Road (A Process Blog)”